HE WAS - AS WE ALL WILL BE - KILLED BY DEATH, THOUGH MORE SPECIFICALLY THE CAUSE WAS CANCER. Lemmy Kilmister of Motorhead passed yesterday, having cancelled concerts earlier this year amidst rumours of ill health. I don't know why I always presumed that a man who lived so recklessly for so long would be around forever, but I was sad when I heard the news.

Once upon a time I tried to pretend I was too good for the sort of music - heavy metal or hard rock or just "rock and roll" as Lemmy preferred to call it - that Motorhead played. I was a newly minted punk and in love with the "year zero" ethic of that music, and even though I'd loved that sort of thing for years, it all had to go.

That was until the video for "Ace of Spades" started getting regular play on The New Music, a local TV music show. I doubt that anyone believed that my enthusiasm for the track (and "The Chase is Better Than the Catch," the video for which was obviously filmed on the same day) was merely ironic. I'd quote the lyrics aloud with a laugh ("You know I'm going to lose and gambling's for fools but that's the way I like it baby I don't want to live forever") that did a very poor job of disguising how much I enjoyed everything about the song - and Lemmy's windswept performance of it in the video.

In the end it wasn't worth the effort, and I had to admit that Motorhead were pretty fucking awesome. 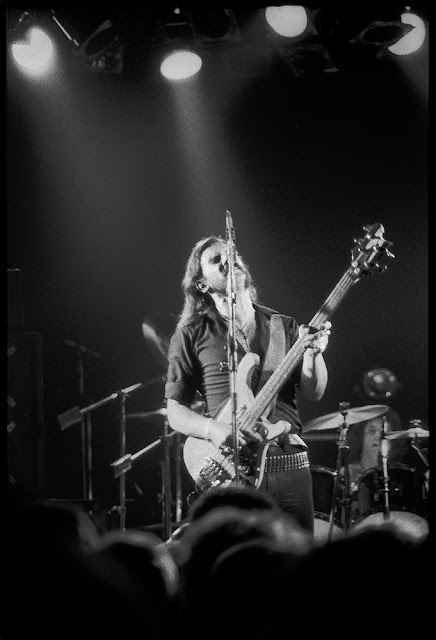 I only saw the band once, touring in support of Orgasmatron, their Bill Laswell-produced record as they passed through the Concert Hall here in Toronto. I brought along a camera and took some pretty uninspired shots from halfway down the floor, either unwilling to brave the crush in front of the stage or the brutal volume at which they played. I completely pussed out, and my photos are proof.

I didn't even finish a roll, which turned out to be fortunate when I hung out after the show to watch my friend Chris Buck try to do a portrait of Lemmy and his band in the balcony of the hall. 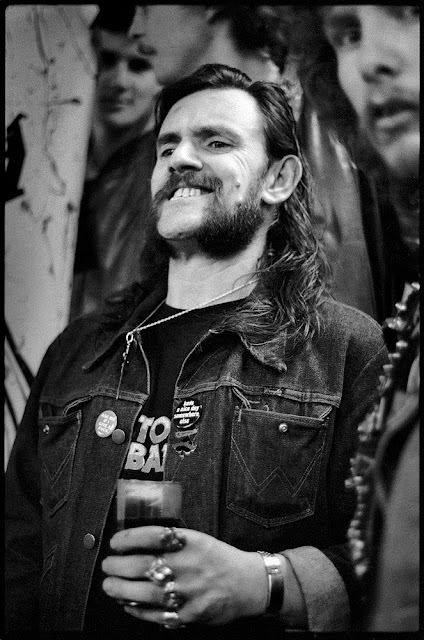 It was a pretty chaotic affair, with roadies and hangers-on crowding around while Chris shot. He also had to endure merciless taunting from Lemmy, who clearly had no intention of giving Chris anything he wanted. I stood on the sidelines and snapped a half dozen or so shots of Lemmy as he mugged and baited Chris. It was as close to bloodsport as portrait photography gets.

I dug these shots out after hearing the news of Lemmy's death. They've never been printed before, and are one of only a few examples of candid shooting by me over thirty years of work. Lemmy was always on my "list" of must-shoot subjects, but we never crossed paths again and I guess I was always counting on him being around. He said he didn't want to live forever, though, and I should have taken him at his word.