MEDIA DAY AT THE AUTO SHOW has become my film festival lately - a chance to turn my cameras on captive subjects. I brought along a trio of cameras this year (four if you count my cellphone - and increasingly these days you should) on my annual assignment from blogTO.

I fed my cellphone shots into my Instagram feed as I worked, while shooting the bulk of my photos for the paid post. I also shot with my X30, using it as a stand-in for my much-loved Rolleis, to try and capture the sorts of graphic details that car nuts love. 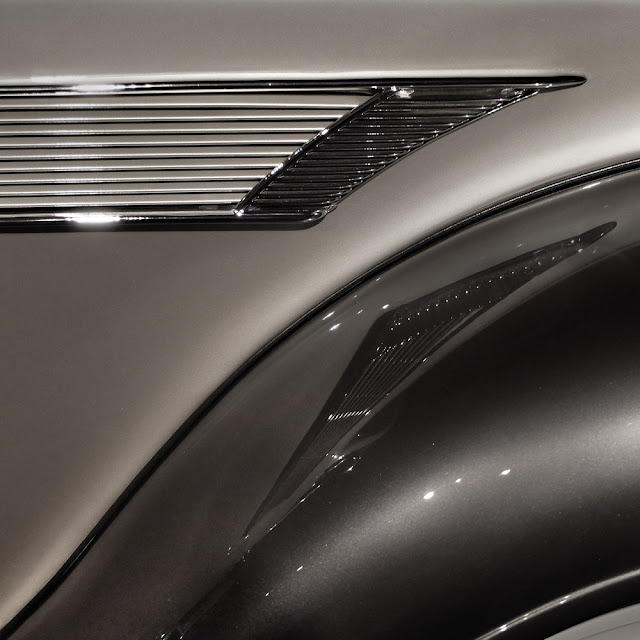 This year, though, I decided to give as much attention to the people at media day, standing as they were under the same careful lighting that's meant to make the cars look good. 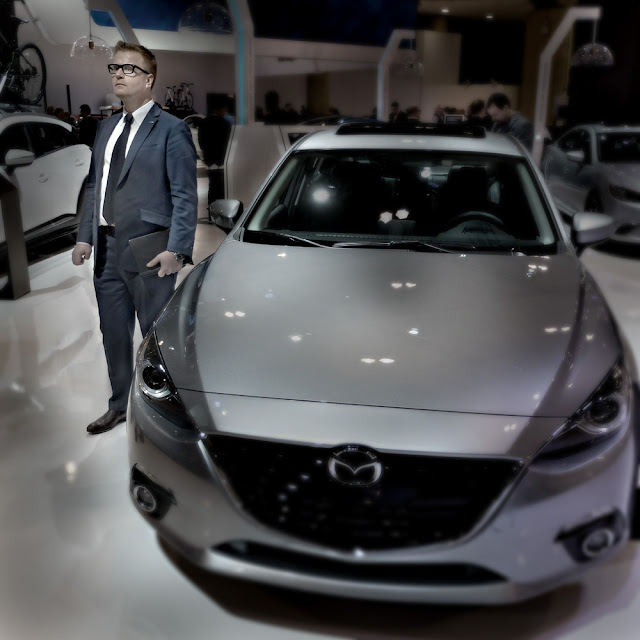 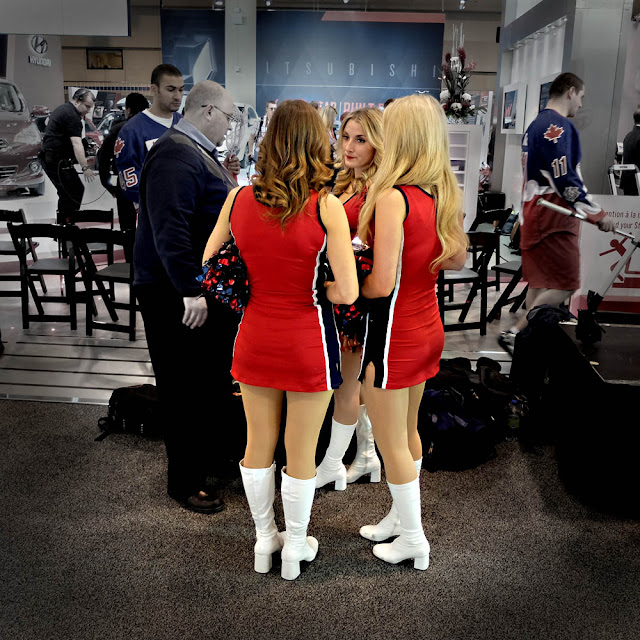 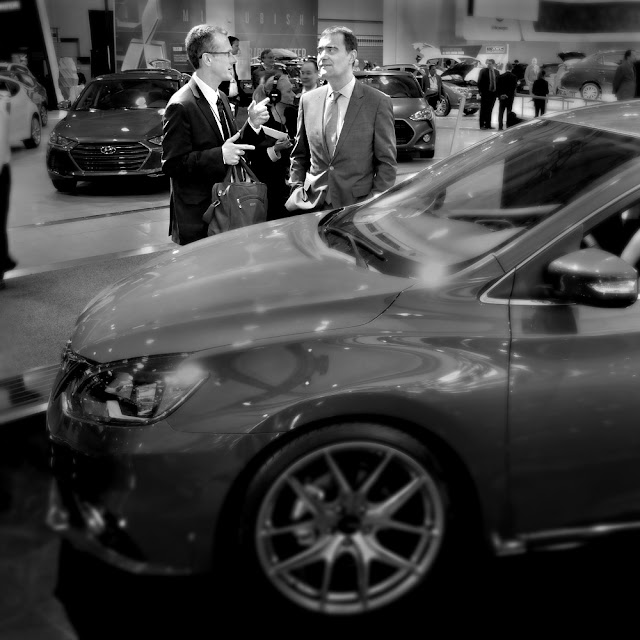 IT'S BEEN A WARM, ALMOST SNOWLESS WINTER HERE, but that doesn't mean I've been leaving the house much these days. Which means that, except for an hour or two every week while my daughter's at art class, I haven't been out on the streets with my camera much. Which is fine. The city will still be there in the spring.

I definitely haven't been down to the Port Lands in a couple of months now, a chilly and windswept place even on nice days, and pretty brutal on the rest. It's a grim, charmless precinct of the city, but I've come to realize that it's where I go for inspiration, and have for many years.

I went to the Port Lands with a camera for the first time almost a quarter century ago, on assignment for NOW magazine. I was illustrating a story - not the first ever written, or the last I would shoot - about the city's plans for this big tract of post-industrial brownfields on the far eastern edge of the city's harbour, a place that I'm sure a lot of Torontonians have never visited, or even know about.

I shot a roll or two of 120 and one of 35mm black and white film, though I couldn't tell you what NOW ended up printing. Late last fall I decided to scan my favorite shots from the shoot and try to find the locations of three of those shots. Mostly it was an excuse to go for another wander around the Port Lands, which is once again being talked about as a site for redevelopment now that the adjacent area between the Distillery District and the mouth of the Don has been revived. 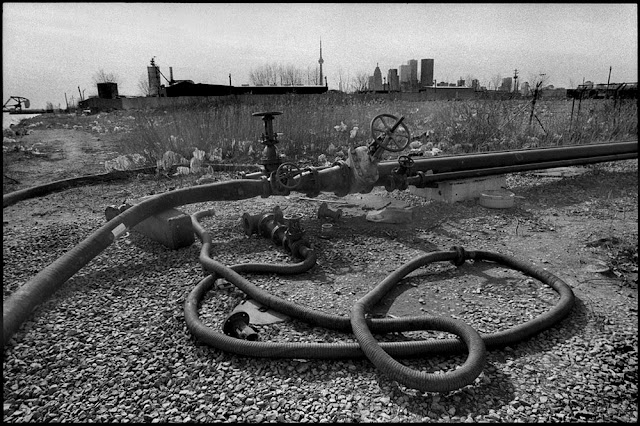 Twenty-five years ago there was a much more active industrial presence down in the Port Lands, but there were signs that it was on the wane. The city has always had big plans for the Port Lands, which never really worked out - it never turned into the major shipping hub it was supposed to be when the piers further west below the downtown core went empty, and grand plans to move retail and residential development down into the area have been stalled mostly because, out of sight and out of mind, the soil has been contaminated by years of illegal dumping.

Railroad spur lines that once trailed off into the Port Lands from the main lines parallel to the lake have also been torn up in the quarter century since I took my photos for NOW. The railway crossing sign that marked the site of the photo above disappeared, which meant it took two trips to the area for me to find precisely the right telephone pole again. (The helpful "Healthy Orgasms" poster was also long gone, and I needed to find the little metal plate just above it to be sure I had the same pole.) 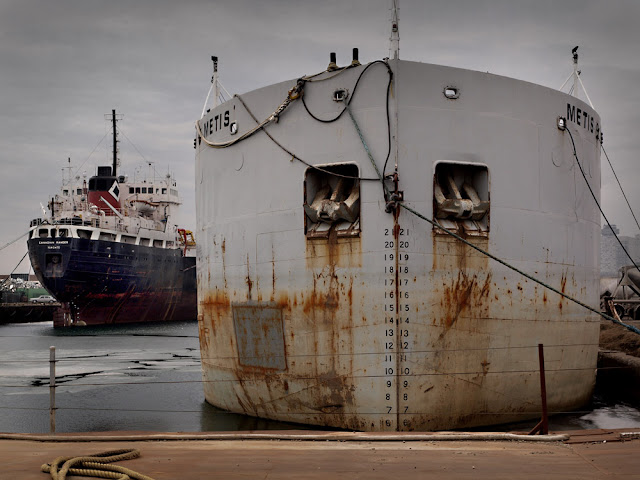 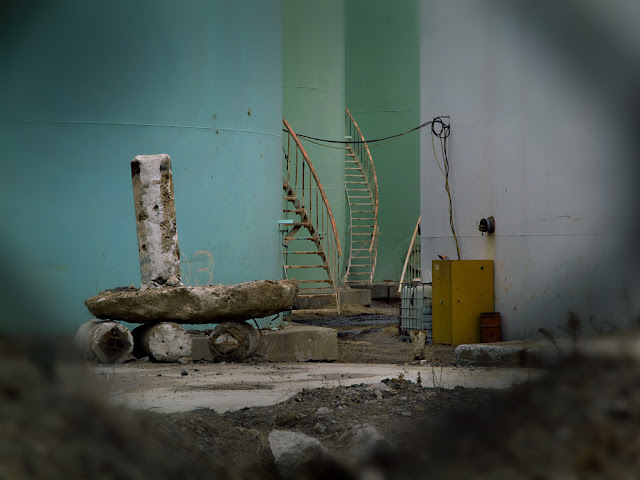 I returned to the Port Lands on assignment again almost six years ago, to illustrate yet another piece on the fate of the area for blogTO. I can't be certain, but the oil tanks I photographed in 1992 were probably the same ones I shot through a fence, being decommissioned. It was oil companies like Esso who had the run of the Port Lands for decades, and when they left they simply abandoned their claims on the land to avoid liabilities.

I think these photos give some idea of the bleak but striking nature of the area - the "ugly beauty" that I always look for when shooting cityscapes, and which the Port Lands has in abundance.

I wasn't able to get to exactly the same area across from the (now-empty) Hearn Generating Station where I took my first photo in 1992. The shot just above was taken over the top of a fence, across the Ship Channel, where the abandoned Hearn sits today, its oil storage tanks gone as it awaits its re-invention.

I'm not sure what the future holds for the Port Lands. A lot of the city once looked like this - huge stretches of former industrial and railway land that's been mostly redeveloped in the wake of a years-long real estate boom in my hometown. The soil contamination will probably hold the condos at bay for quite a while, and the hydro corridors that cross through the area will be an impediment to gentrification as long as they stand, so it looks like I'll be able to head down there for inspiration for quite a few years to come. 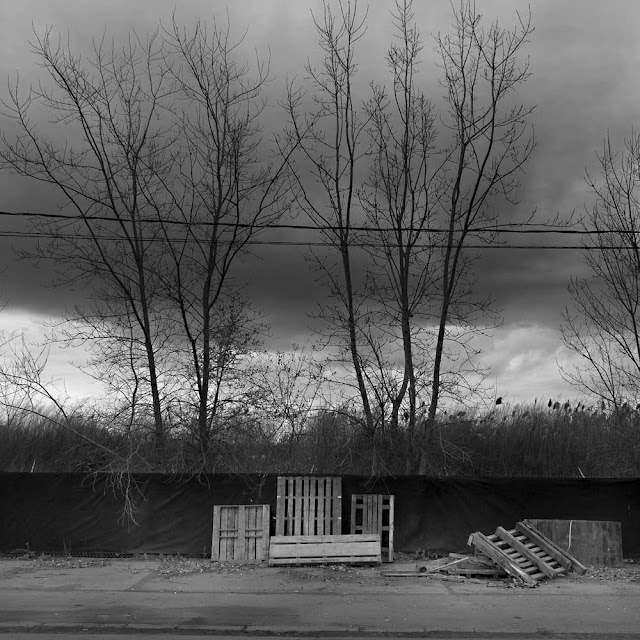