ONE OF THE BIGGEST PARTS OF MY JOB AT NOW MAGAZINE - alongside thankless tasks like shooting local theatre and live music - was illustrating our weekly restaurant reviews. The food section is a staple of any free weekly, and reviews by our resident restaurant critics - first Byron Ayanoglu, then the late Steven Davey - were at the core of the paper, up there with the live music listings and personal classifieds.

As with any regular gig, though, it can get tired fast. Portraits of chefs in their whites can start to look the same after a while, and photographing food in black and white is a brutal challenge that no one wants to take on every week. After a few years of struggling with shooting the restaurant section, I hit on triptychs. I wasn't the first person to shoot triptychs at NOW, but once I started making them I couldn't stop. (Something else I can blame on my Catholic upbringing - altar pieces are usually in triptych form, and don't forget the Holy Trinity.) 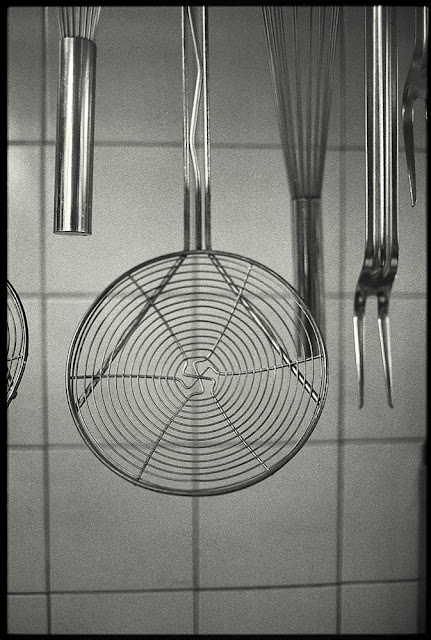 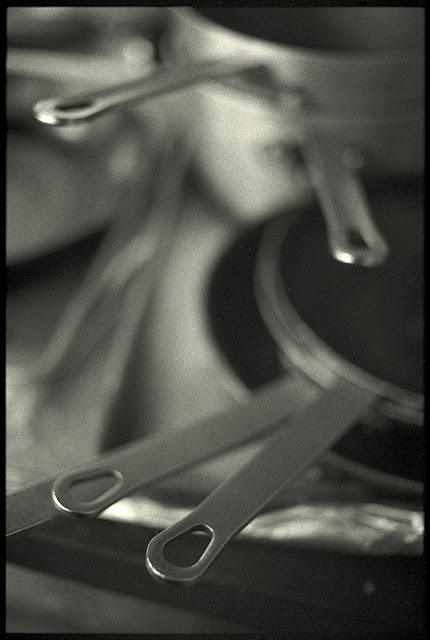 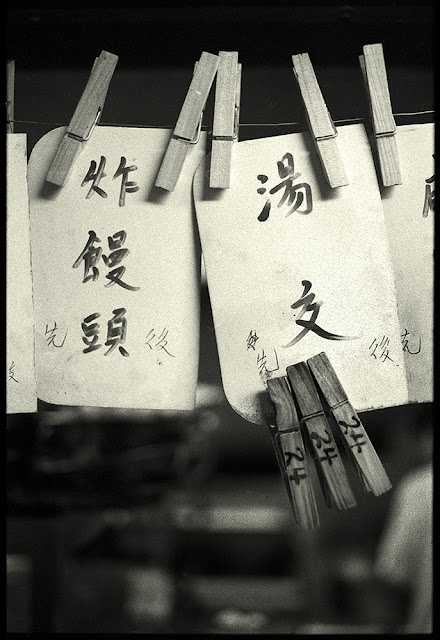 I might still try to shoot a portrait of a chef or a server, but that didn't have to carry the weight of illustrating the story, which I could fill in with still lifes of table settings or details of the restaurant interior. I found my best shots in the kitchen, though, among the prepped ingredients and chef's tools. As fancy as a restaurant might be, the kitchen always presented a pleasing contrast - everything spare and utilitarian and well-used. 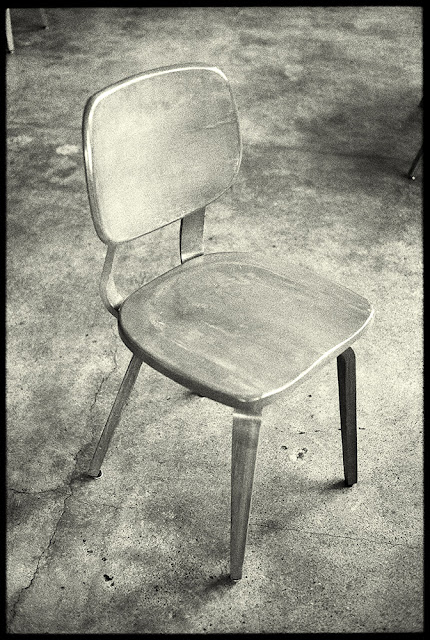 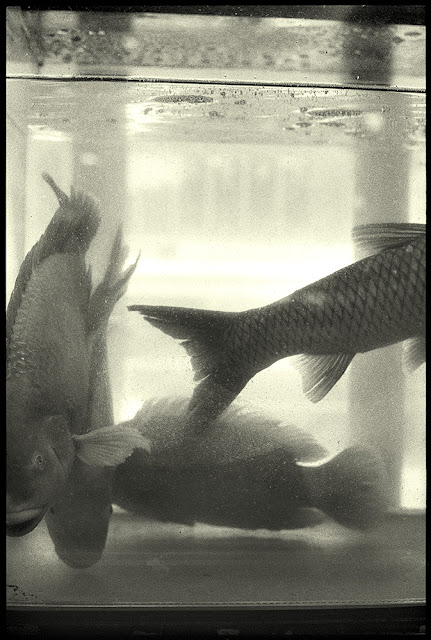 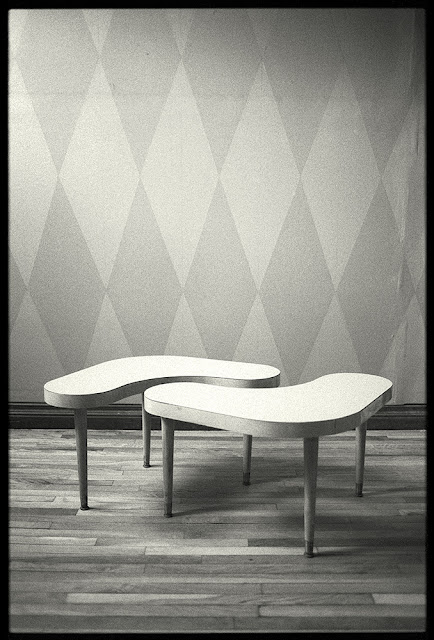 I had my obsessions as well - chairs and tables and the tanks where live seafood was kept, especially in Chinatown. A lot of money was spent on restaurant interiors - money I knew would barely get recouped if the place managed to survive till the time came to renew the lease. Most of the places I photographed are gone now, victims of the churn and pitiless economics of the business. 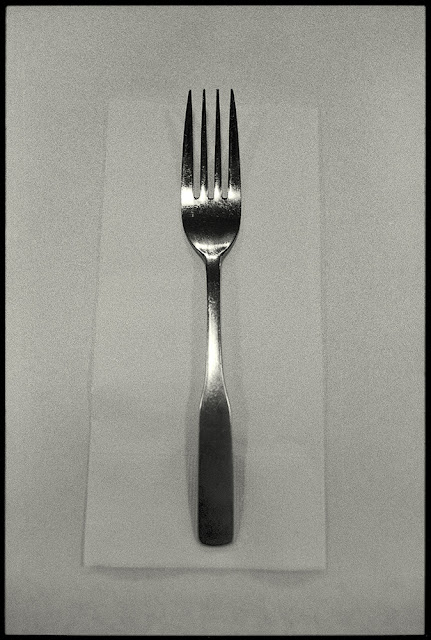 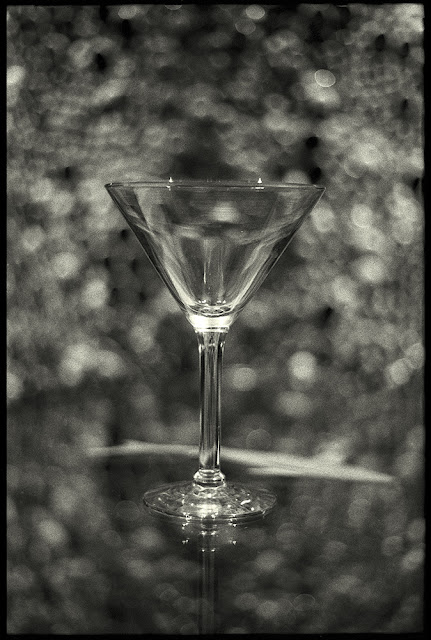 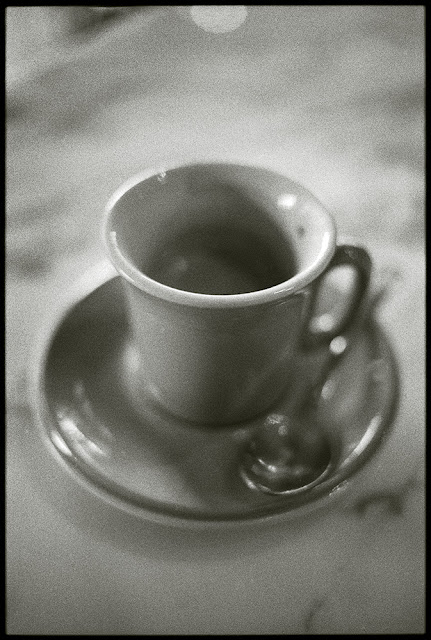 I was eternally grateful to Irene Grainger, our photo editor, who made it possible for us to experiment with things like triptychs and - for me especially - restaurant still-lifes that were almost abstract. My food section triptychs became a highlight of my work at NOW, so much so that when they arranged a group show for the paper's photographers to celebrate its fifteenth anniversary, I (perversely) ignored my portraits entirely and set up a display of my triptychs, framed in heavy arts and crafts style wooden frames and hung salon style on the gallery wall.

As with every other gallery show I've ever done, none of them sold, and with the exception of one I traded with my sister for money to cover my rent one tough month, I still have them all.