RICHARD ATTENBOROUGH WAS A PLEASURE TO PHOTOGRAPH, amiable and grandfatherly and generous with his time. I was on assignment for the free national daily, and I shot Attenborough during one of my film festival portrait blowouts - five minutes with a Canon DSLR in a hotel room (the Four Seasons? The Intercontinental? I can't remember) with window light and a publicist counting the seconds by my elbow. He was in town promoting Closing The Ring, the film that would turn out to be his last.

Richard Samuel Attenborough - Baron Attenborough, though he insisted everyone call him Dickie - died yesterday at 90, seventy-two years after he played his first role as an unnamed sailor in Noel Coward's In Which We Serve. He would have a long career as an actor, producer and director, and won an Oscar for Gandhi, the sort of epic biopic we don't seem to know how to make any more. (Perhaps for good reasons.) 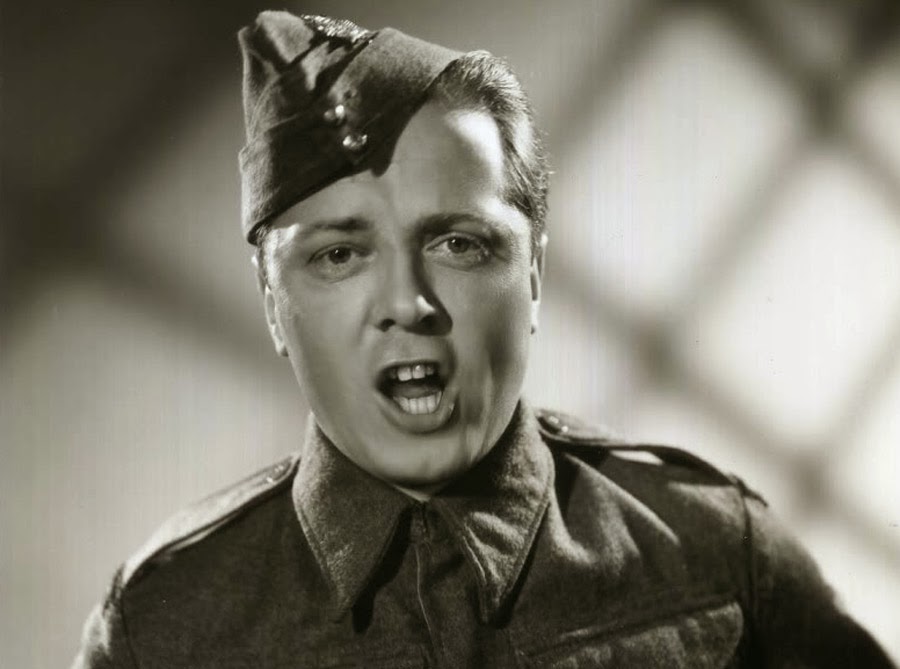 The Oscar made his reputation as a director, but he had a more than decent career as an actor, much of it in postwar Britain, where he often ended up in uniform, playing mostly squaddies, swabbies and erks in films like Desert Patrol, Private's Progress, Glory at Sea, Operation Disaster and The Baby and the Battleship. He'd show his range in civvies as the sociopath gangster Pinkie in Brighton Rock and the killer Christie in 10 Rillington Place, but even in his later career in front of the camera, he'd end up in khaki, navy or airman's blue in films like The Great Escape, Conduct Unbecoming, The Chess Players and The Last Grenade, albeit with a promotion to officer class. 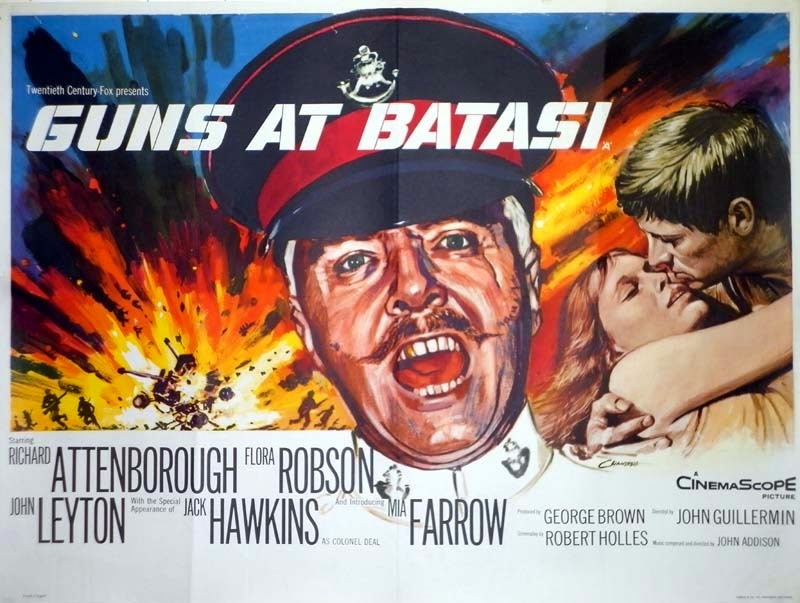 His short stature and round face made him the perfect NCO, though, and he personified the rank in Guns At Batasi, a post-colonial war film where Attenborough presented us with a spit-and-polish parade ground bully who showed the mettle behind the bellow when barrack life turned into something more deadly.

At the film festival he was unashamedly thrilled to be there, even with a film that was getting lukewarm press. I spent barely fifteen minutes with him in that hotel room, but he made his immense pleasure at being invited to show his film and his great pride in being in the company of so many people whose talent he admired obvious to anyone he met.
Posted by rick mcginnis at 11:54 AM