I FINALLY GOT BACK TO SPAIN IN 2007, ON ASSIGNMENT FOR THE FREE DAILY. We had grown an active travel section in addition to all the other trappings of a real newspaper, and got offered a junket by Air Transat to the south of Spain. They asked me if I'd be interested in going. What a silly question.

The trip went straight through the tourist heart of spain - Seville, Granada, Jerez and the Costa del Sol, hitting almost every blue book destination on the way. It was a part of Spain I'd never seen before - all my time there had been spent in Barcelona and the mountainous north - so I was curious what I'd think about the Spain of holiday lets and package tours. 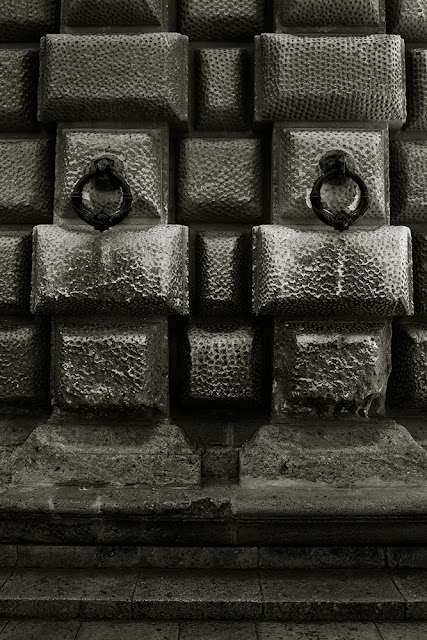 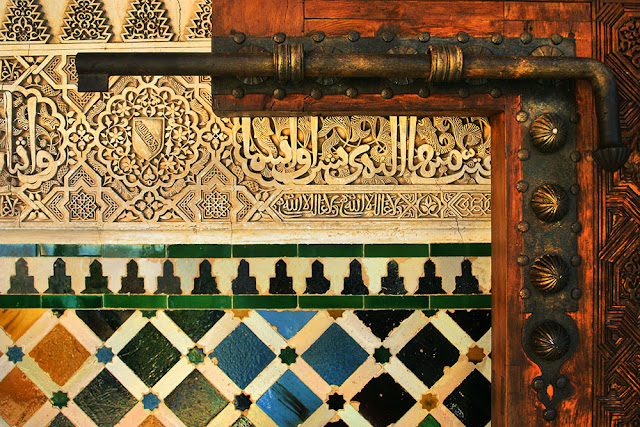 I will admit to being a bit overwhelmed by The Alhambra. I took plenty of wide shots of the rooms and courtyards, but they were either not quite "there" or ruined by being peopled with other tourists. In any case I had plan B at hand, and spent a lot of time shooting details. There were a lot of details - every wall and door and window frame was loaded with ornament, not to mention the bits of monumental architecture added by later Spanish monarchs.


This was my first time traveling with a digital camera, which relieved me of the stress of worrying about running out of film. I went to Spain with the paper's Canon DSLR as well as a bit of review tech - a Leica point-and-shoot (which was really just a re-badged Panasonic with some Leica software tweaks inside.) The intriguing thing about the D-Lux 3 was that it had an extra wide LCD screen at the back to accommodate its panoramic mode. It also came fully charged, but without a DC charger, so I had to be sparing with it for the whole trip, finally eking out the last bits of power till halfway through the last day.


You'd think that I'd have shot a lot of panoramas with the Leica, but for some reason I ended up composing with it vertically most of the time, probably just because landscape shots seemed so ordinary. We went for a tour of a corrida bull ranch/olive orchard, which is where I saw the big fella above, silhouetted against the late afternoon sky. It seemed like a nice bookend to the shots I took on a quick visit to the bullring in Granada, which was unfortunately empty the day we were there. 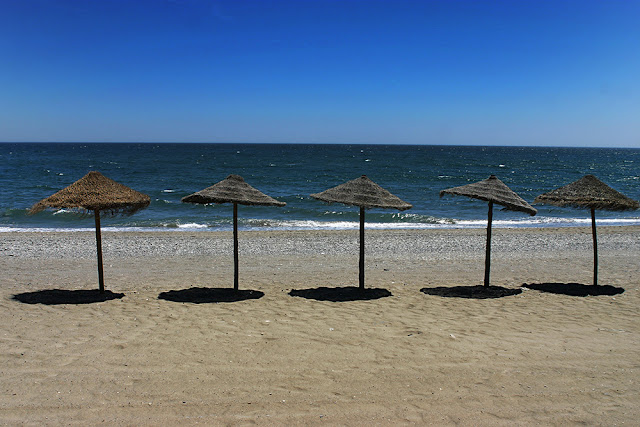 Unlike my first travel junket to Spain, or my visit to Peru, I knew that my photos from this trip would land somewhere in the paper, so I did my best to shoot something like conventional travel photos. It was a lot harder than I expected, and I ended up with lots of images like these - pretty pictures of things I saw that edged a bit too close to the abstract to be regular travel shots. 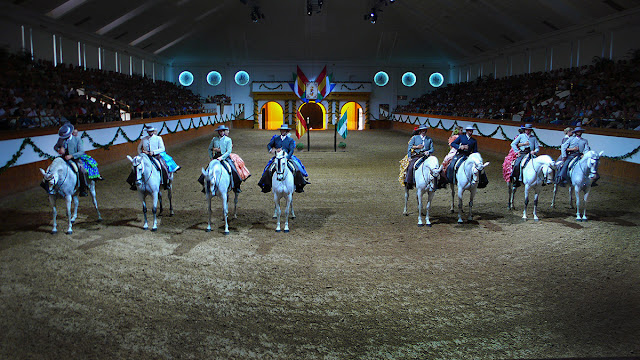 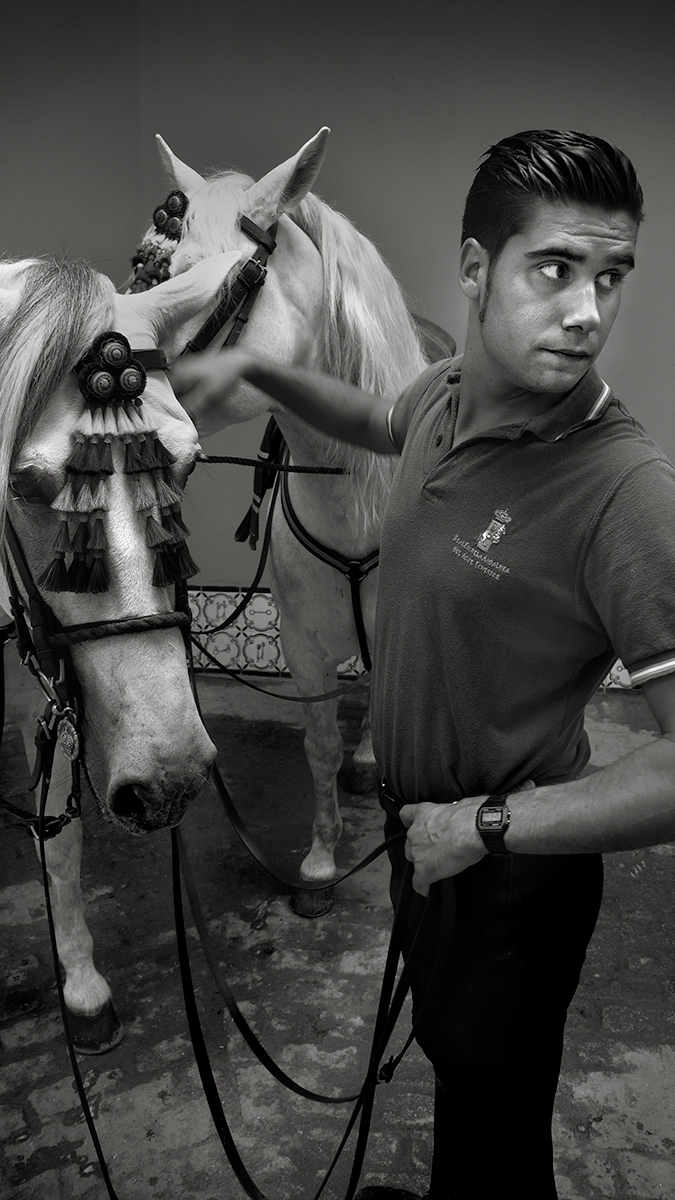 I got closest to that elusive goal when I could fit people into my shots, like our stop in Jerez for the Feria - the big annual summer fair and equestrian celebration - and the Real Escuela Andaluza del Arte Ecuestre, the royal riding school. The Feria was a lot of fun - as much a celebration for locals as a tourist event, and a bit of an outing for the local gentry to show off. I was flattered when our local guide - a pretty young woman from Spanish tourism - told me that she wasn't so sure about the rest of the group, but she could see me fitting in there quite happily.

The highlight of the trip for me was in Baena, where we visited the Nunez de Prado olive oil factory and met Francisco Nunez de Prado, whose family had run the business for generations. In the lovely old whitewashed buildings with his impeccable English and tailored blazer, he looked like the sort of man I would love to be in another life, seemingly content with the lucky accident of his birth. I could think of worse things to do than make olive oil for a living.


I was under no compunction, personal or otherwise, to avoid the picturesque during the trip, so I let myself go nuts with the sights, from the Cordoba Mosque to the plazas in Seville to the ceilings of various and sundry cathedrals. I still have to remind myself to go for the picturesque full bore when I do travel photography, in an effort to override my instinct to shoot the odd, stark and abstract. Looking over these shots I can see myself wrestling manfully with this inclination. 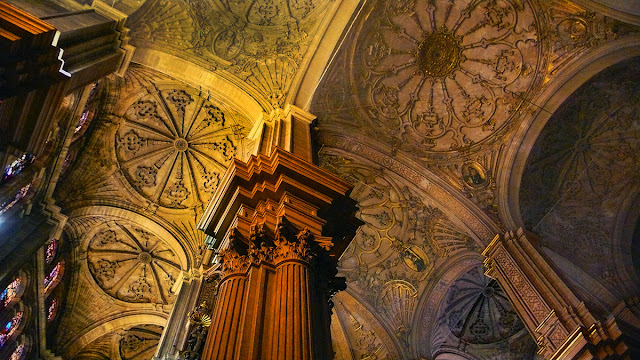 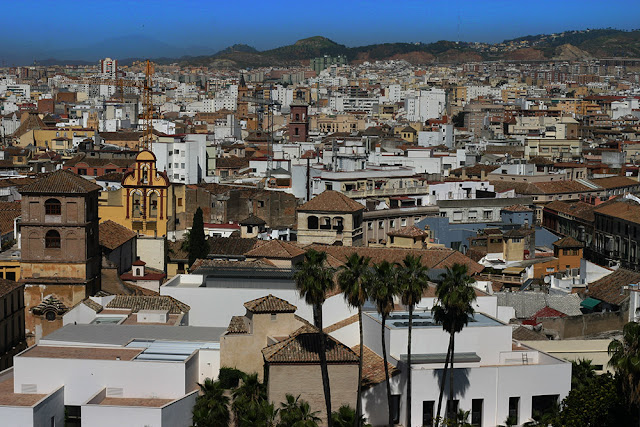 Another highlight of the trip was in Malaga, where I saw my first full-scale Roman ruin. I had seen bits and pieces of classical Rome before, mostly in Barcelona, where the stubs of Roman walls could be seen, their stones built upon with subsequent layers, all of which were centuries older than anything I could see at home. But the full reveal of a Roman amphitheatre in the midday sun, as many times as I might have seen pictures of such a thing, really took my breath away when I finally saw it for real.

Finally there was this window in Seville, glimpsed somewhere near the Jewish ghetto, that caught my eye - the sort of thing my camera is constantly being drawn towards. I have good memories of this trip, but a lingering sense that I was still on a steep learning curve with travel photography. I would, eventually, get a bit more practice, but it would take almost a decade to get the opportunity.