THE SHOW HAS MELTED AND SPRING IS HERE and it looks like I'll finally be able to get out and wander the city with my camera again. Just before winter set in late last year I was spending a lot of time wandering the transit and hydro corridors in Scarborough, just by the RT line between Midland and Lawrence East stations.

I am a third generation west end Torontonian, so Scarborough, at the far east of the city, is alien territory for me. Perhaps that's why I've found it so inspiring to wander around out there - it's strange and unfamiliar, like visiting a different city. The houses look different and the topography is strange and the fact that downtown is to the west and not to the east makes it feel like someone has messed with my internal compass. 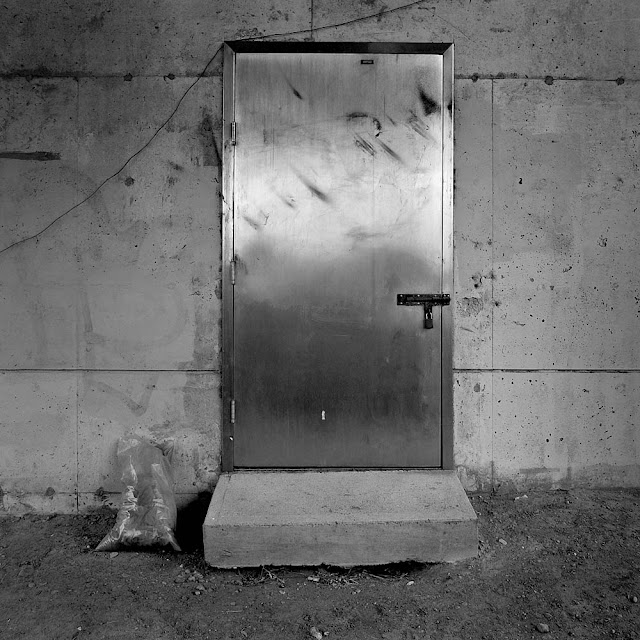 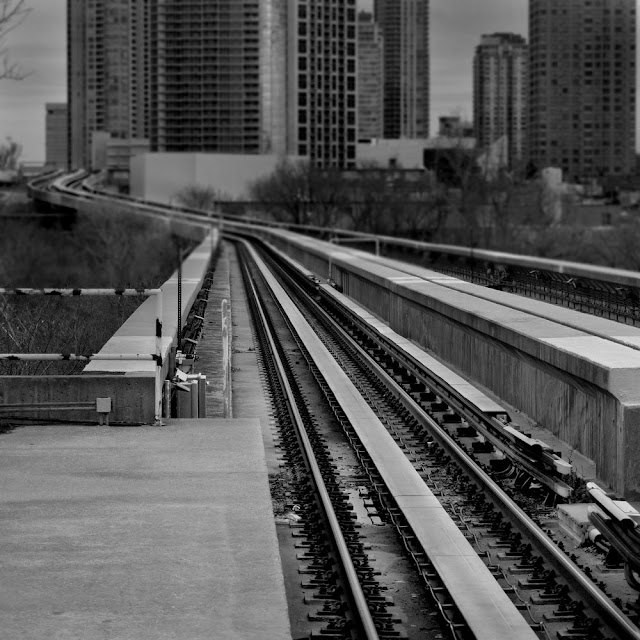 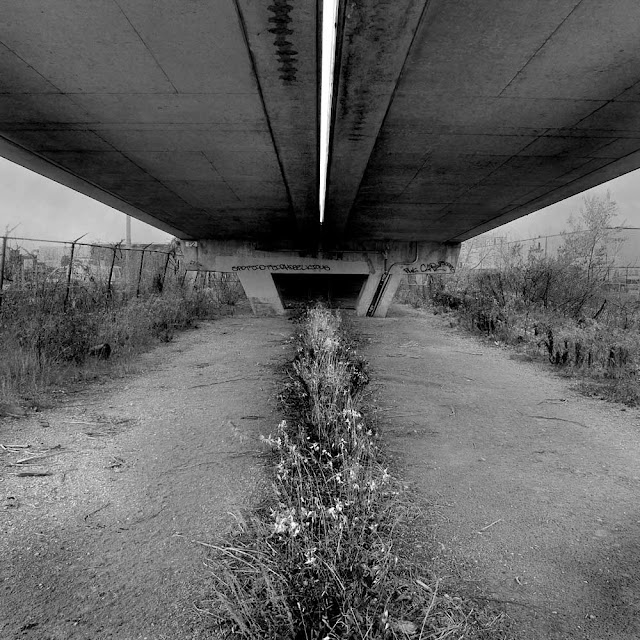 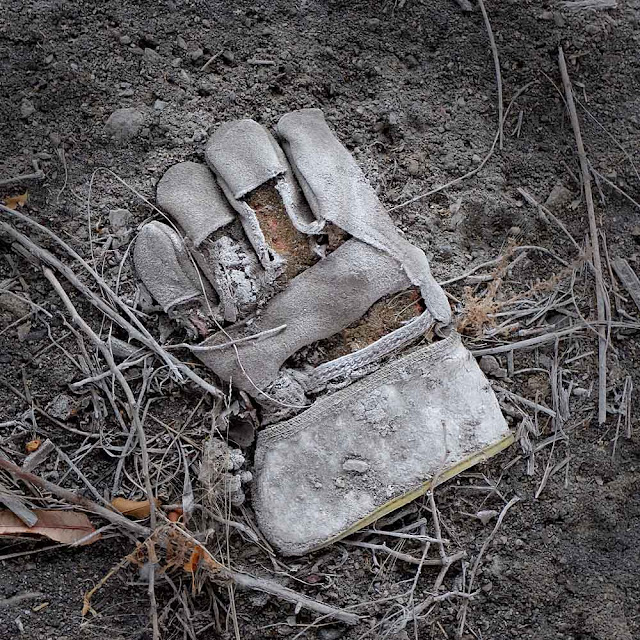 Wandering the RT is interesting; like most things that were once futuristic, it looks more than a bit dystopic now - a shopworn, patched-up future that never fulfilled its promise. The line's future is in doubt as well; the city's various transit plans all call for it to be replaced with something else, so it's a future with an expiry date.

The land underneath the elevated tracks is strange - overgrown infrastructure, a thin sliver of wilderness growing in the shadow of concrete pylons. I've come to love places like this. As I've said before, raw nature makes me uncomfortable, so I like those bits of circumscribed wilderness hemmed in by cities - parks and transit right-of-ways and lately, especially, hydro corridors. 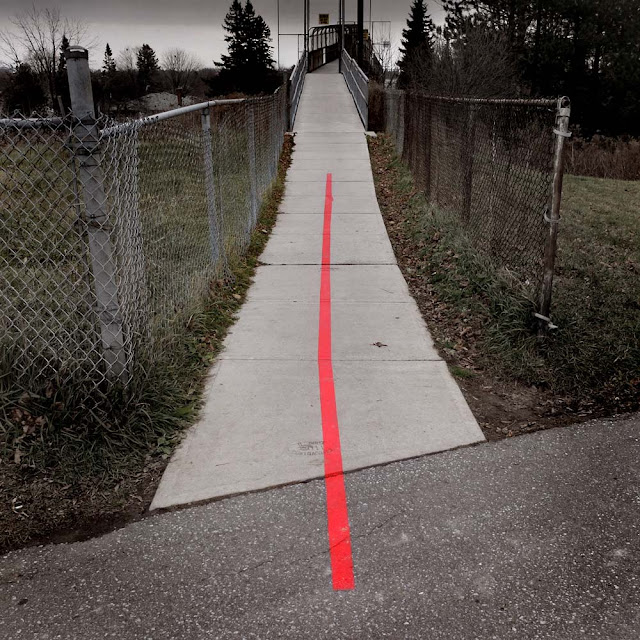 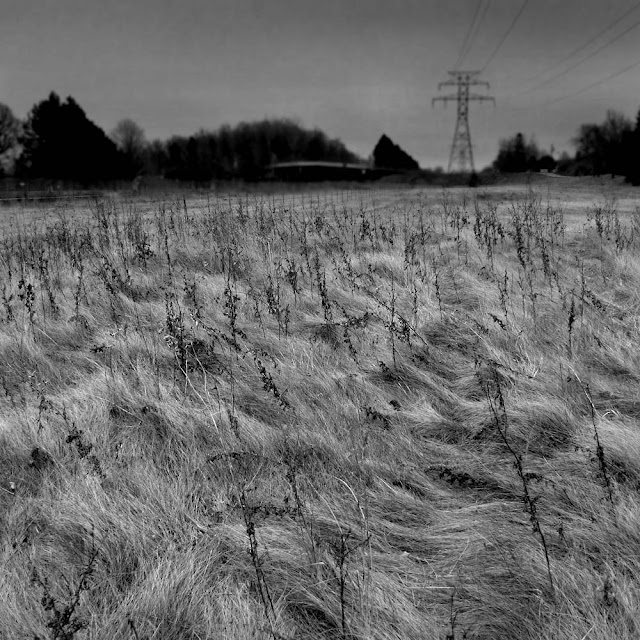 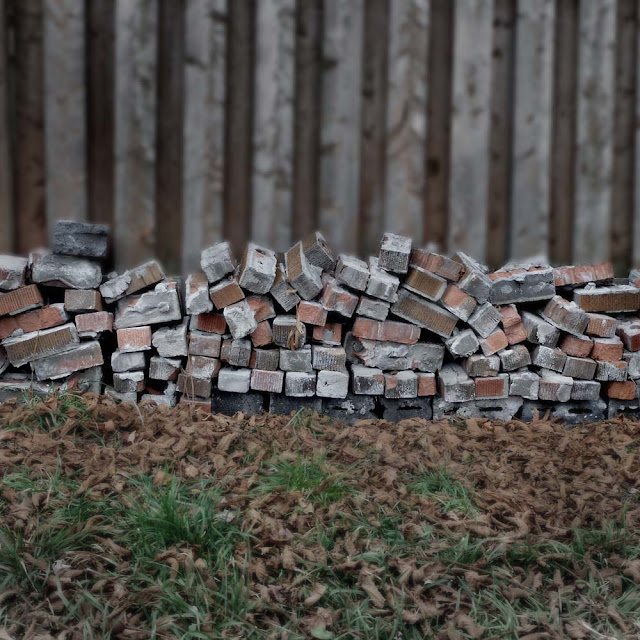 A hydro corridor runs into and alongside the Scarborough RT, so I spent another day late last year exploring it with my camera. Parkland runs around and under the pylons, next to the RT tracks and up against industrial areas and backyards. Trees are planted and pruned with scenic prerogatives a distant secondary priority, while swathes of grassland will grow alongside the paths. It's nature managed by bureaucrats and engineers.

Back on the RT, it's hard not to pull out the LCD screen on the Fuji and shoot waist level, sneaking pictures of fellow passengers as they nap and daydream and worry and peck at their phones. I know it's not strictly legal, but I can't help myself; even on a hunt for landscapes, the urge to make portraits is still overwhelming. 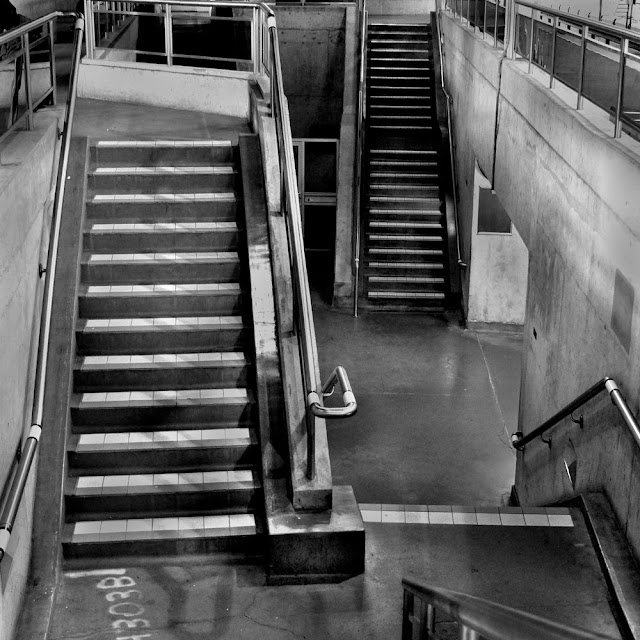 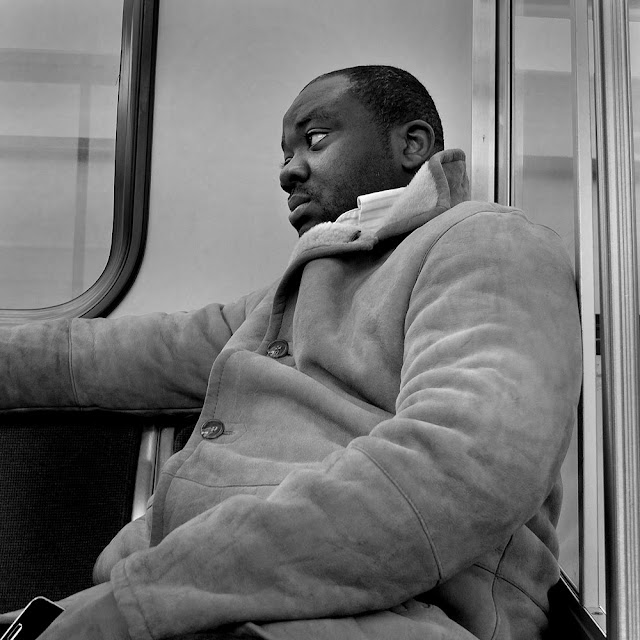 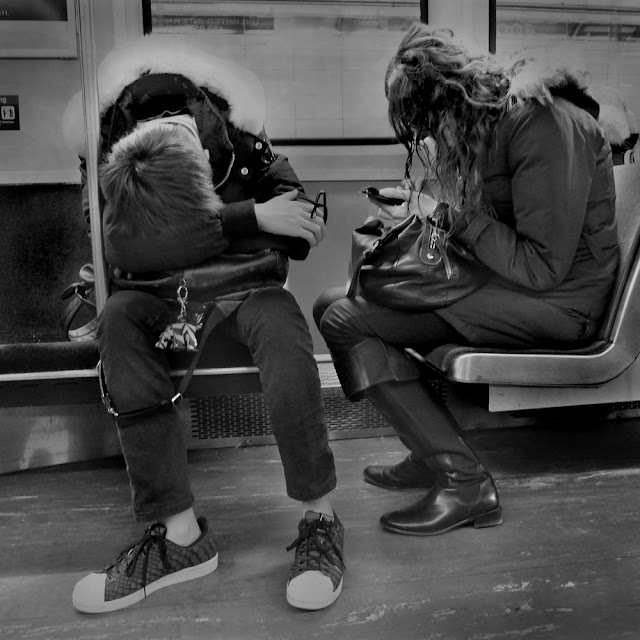