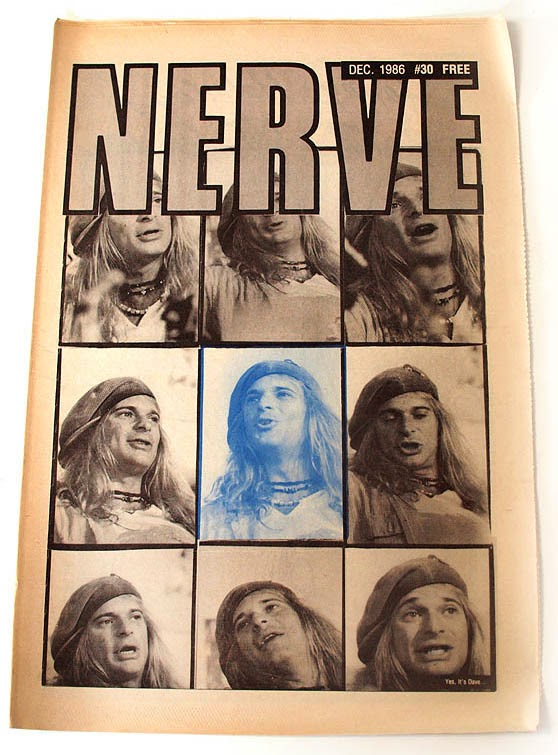 SOMETIMES YOU'RE IN THE RIGHT PLACE AT THE RIGHT TIME. It hasn't happened to me often, but it did in the summer of 1985, after I'd dropped out of college and found myself at loose ends. My college journalism buddy Mark mentioned this weird little rock mag that was being put out in the same place he'd gotten our typesetting done, and told me to check them out. That was how I met Dave and Nancy.

In an age before blogs and websites you could either xerox a few pages of your own writing, staple it together and throw your lot in with the wholly subterranean world of fanzines or you could find some oddball publication that looked, for all intents and purposes, like it was supposed to be on a newsstand. Like blogs and websites and fanzines there inevitably wasn't any money involved, but provided you somehow clicked with the usually offbeat personalities involved, you'd get published and read and - probably most important - get access to the things and people that took up cultural real estate anywhere from the fringe to the mainstream.

That was me, and that was Nerve magazine. 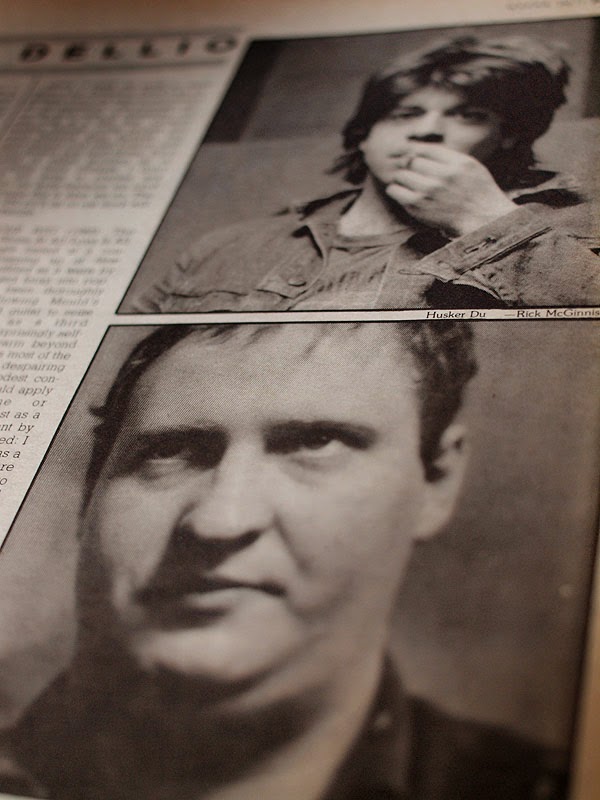 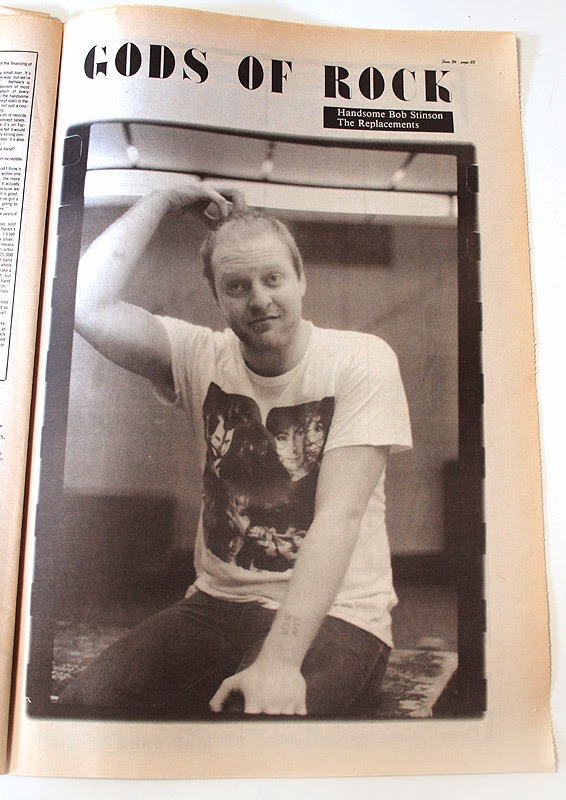 Dave had recently graduated from fanzine subculture and Nancy had a journalism degree. They were an odd but charming couple, and between Nerve's various offices and their Queen Street West apartment, they ended up providing a home of sorts to an equally odd collection of writers and photographers notionally united by our interest in weird music, movies, books and art.

The greatest gift you can get as a young person with creative ambitions is a place with an audience to either succeed or fail. Looking back on Nerve today, I did one or the other in roughly equal proportions. It was challenging to throw myself amidst the Replacements in the drunken aftermath of a particularly sloppy show, but it was morale-boosting to have the only really decent shot I took that night blown up full page in Nerve. 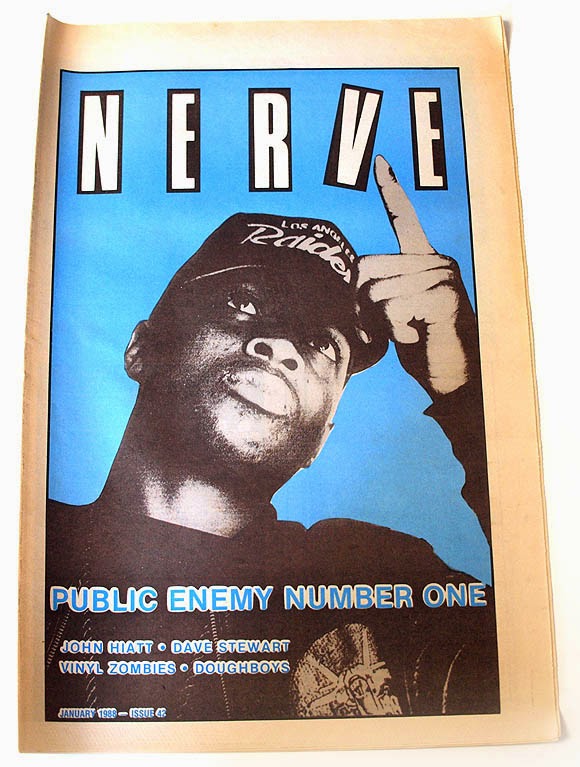 I showed up at Nerve with a camera I could barely use and some college journalism clippings that showed that I could form a sentence though not, perhaps, an original opinion. Dave and Nancy gave me the opportunity to learn in public, and to this day I'm convinced that it was the best place to do it.

Working for Nerve gave me an apparently insatiable appetite for the fast, cheap thrill of being published, and while on most days I might lower my voice and intone "...and this is where it all went wrong," just for today I'm going to pretend the glass is half full and say that I'm grateful. 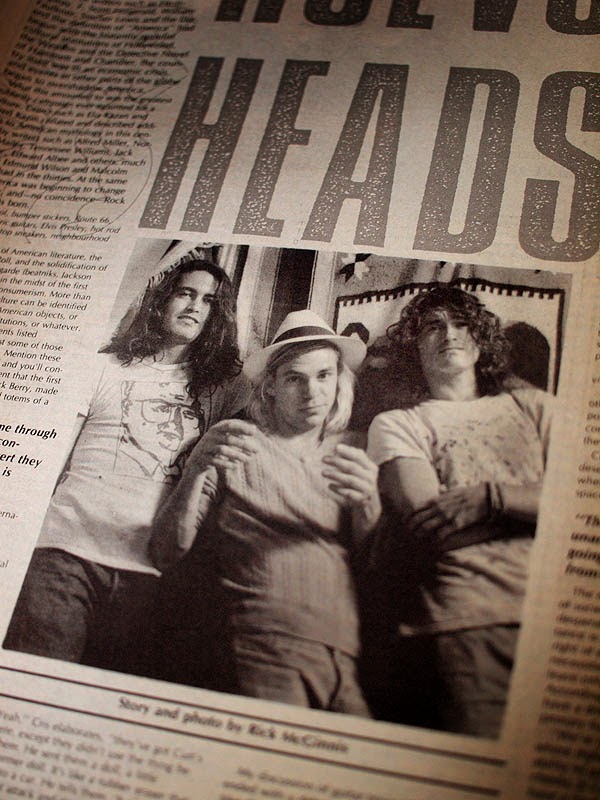 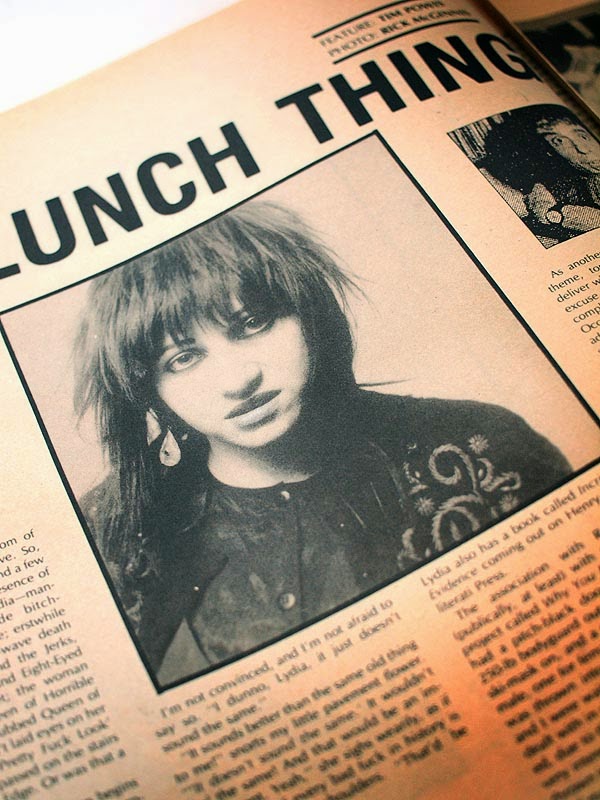 Nerve also gave me my first girlfriend and a whole new network of friendships, some of whom have actually survived to this day. Tim Powis was the sort of person I needed to meet - a decade older, with undogmatic taste in music and a huge record collection he was happy to loan out for manic, speed-fueled home taping sessions. I don't know anyone who doesn't like Tim, but I'm grateful to be among his friends.

I've written about Chris Buck before; I might have pursued a career in photography if we hadn't met, but I doubt if I would have worked as hard to develop taste or style without having him as a competitor, confidante and editor. It's one thing to want to get better, but it's another thing to have someone who can tell you how or why you need to do it.

My time at Nerve lasted barely three years, but it comprised a steep learning curve as a writer and, even more, as a photographer. Which is why, after dipping into the work I did there here and there, I'm going to devote the next couple of months to the best work I did from 1986 to 1988, almost all of it for Nerve. 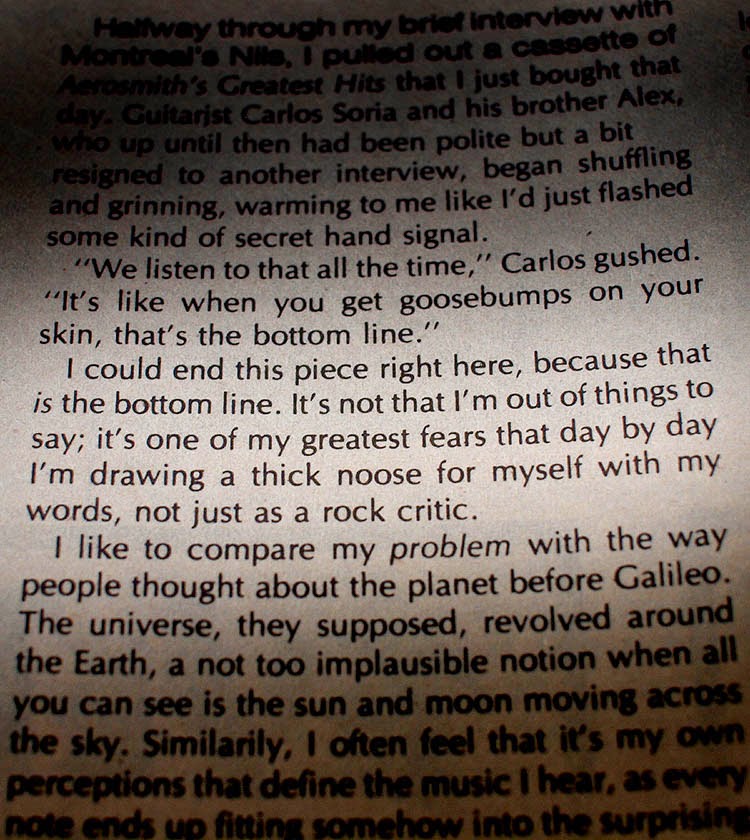 I wrote a lot of rubbish for Nerve, some of it heartfelt, some of it simply regrettable. I was young; it's what you're supposed to do. I'll let the paragraph above stand in for most of it. There's not an awful lot of evidence of Nerve's brief lifespan online, and since no Nerve fonds were ever deposited in an archive somewhere, it's almost wholly absent from books written about that period of loud, sloppy, unprofitable rock music made just before Nirvana hit and punk "broke."

One of those books took the title of an old Minutemen song to describe what it was like to really love bands that never made money but could, potentially, end up sleeping on your floor. I interviewed and photographed those bands and even let them sleep on my floor, but for three years, Nerve was my life.