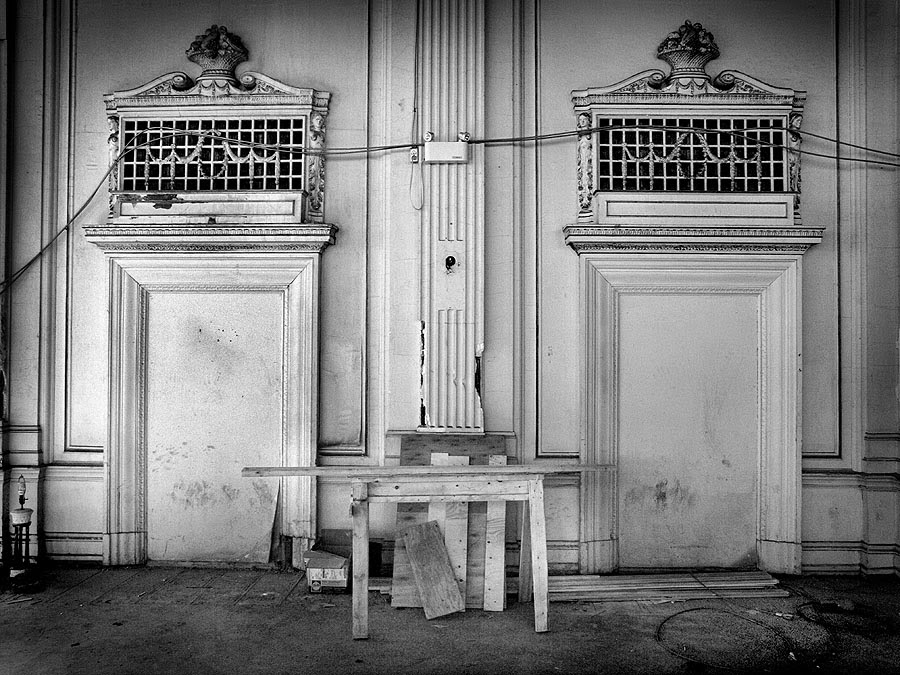 THE ABANDONED BALLROOM SITS NEARLY TWENTY STORIES ABOVE THE OLD DOWNTOWN, at the top of a venerable and still-busy luxury hotel. Sneaking in to take photos is something of a rite of passage for budding urban exploration types, so I'm not going to spoil it for anyone else by revealing the hotel's name, though if you live here I'm sure you know where I'm talking about. All I can say is that it's remarkably easy to get in and take your shots; it's like the management actually want you to do it.

After years on my to-do list, last week I finally packed a camera, dressed inconspicuously and headed down to the hotel - oddly enough the same one where my wife and I had our wedding reception. Working from brief directions from a friend, I took the elevator and the service stairs, turned a corner and found myself on the mezzanine overlooking the old dance floor as afternoon sun streamed through the tall windows. 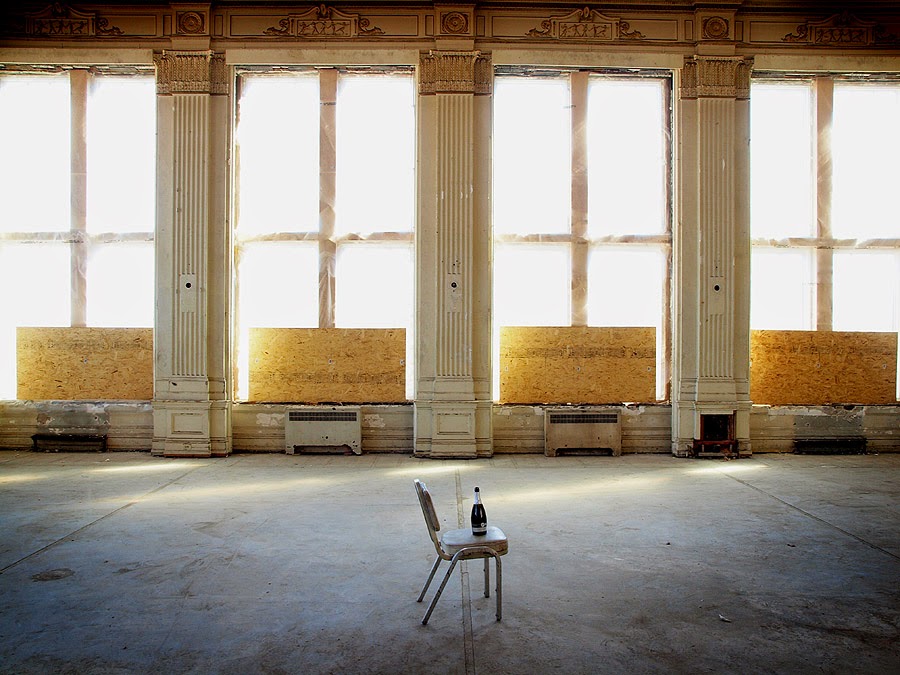 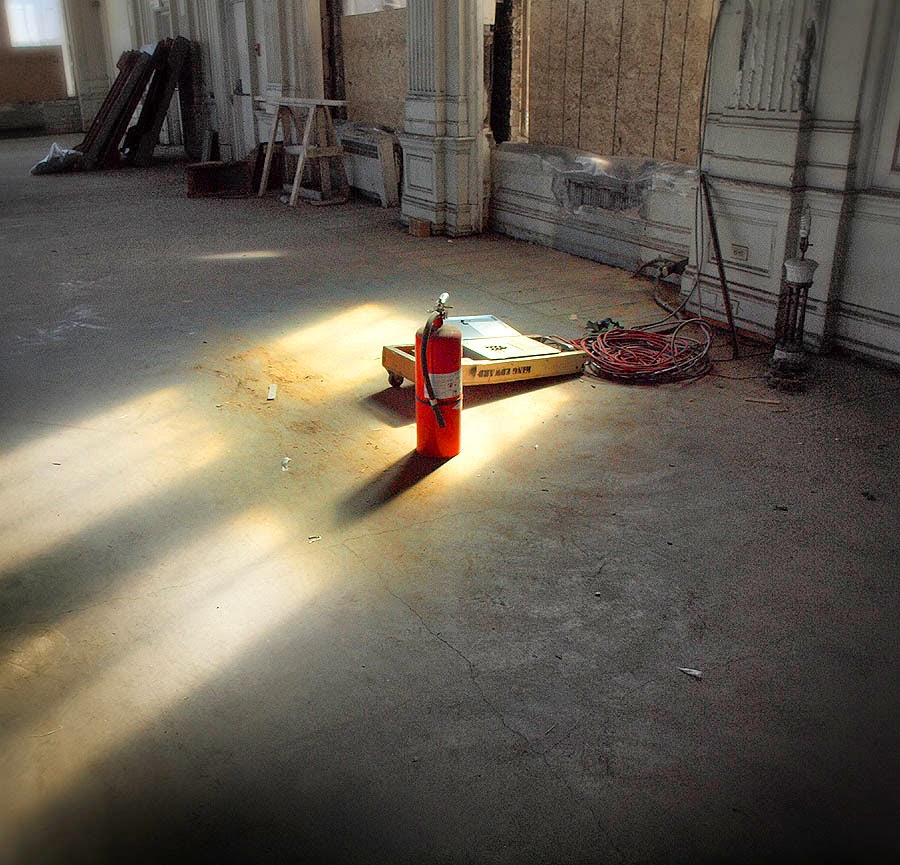 The ballroom has been closed since the late '50s, and while urbex types have captured it in a starker, ghostlier condition, when I arrived with my camera there was plywood and plastic on the windows and surplus hotel furniture stored on the dancefloor. Hotel management has been promising to restore and re-open the ballroom for years now, but it looks in worse condition than it was when earlier photographers discovered it.

There are hundreds of photos of the ballroom online, so finding an original view of the room is a challenge; every time I raised my Olympus to my eye I had a persistent feeling of deja vu even though it was my first time there. The ballroom is abandoned but it's hardly unused, so the bits of detritus from workmen and the hotel flotsam inevitably caught my attention. 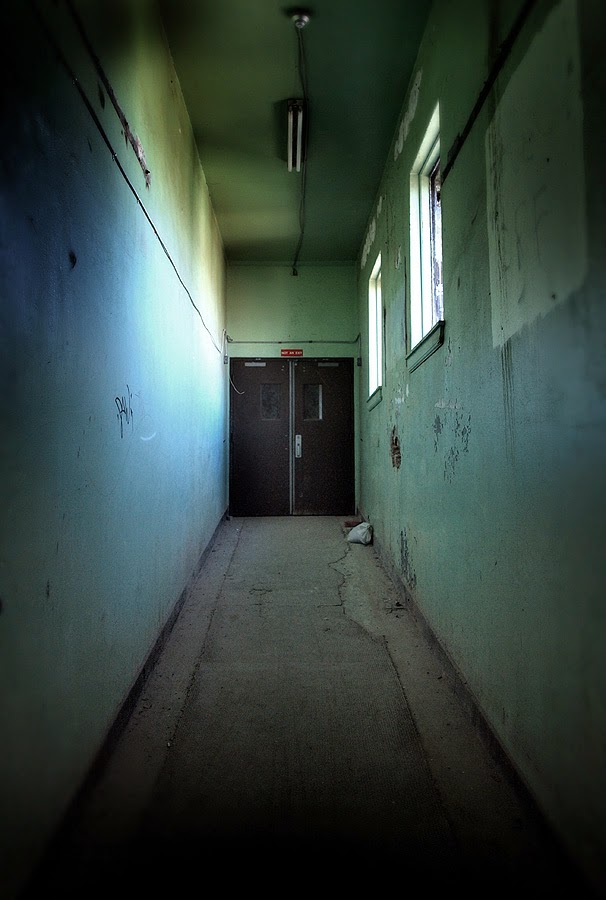 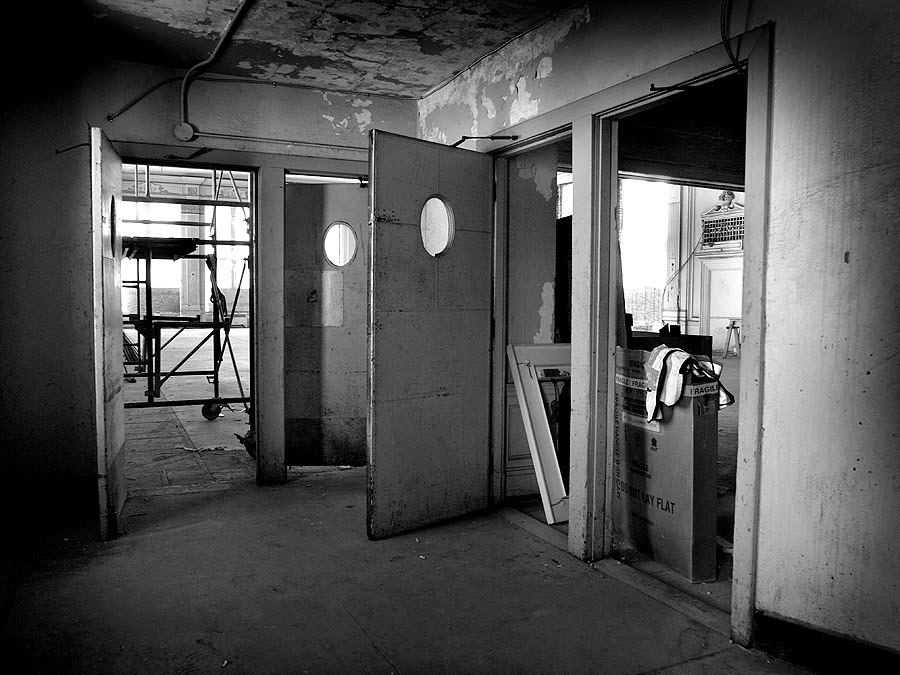 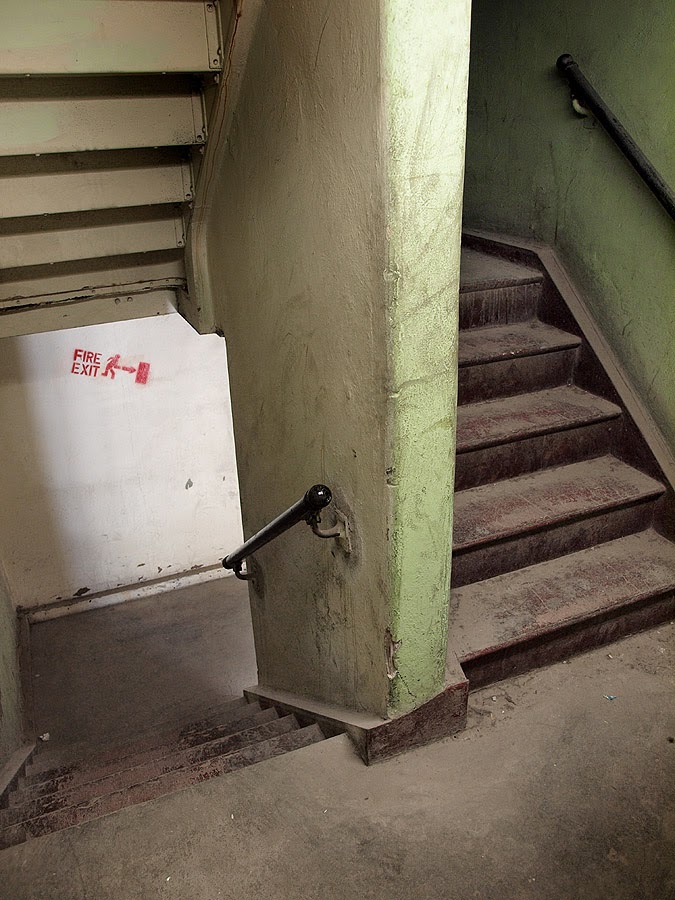 Ultimately, though, it was the adjacent rooms and stairwells that I ended up wandering through once I'd spent a half hour or so in the ballroom. They were part of the unglamourous "downstairs" support structure that circulates in and around the public spaces of every hotel, most of them so long empty that their original function has wasted away.

The hallways are painted in the faintly toxic greens and blues of the institutional yesterday, chipped and faded after years of being at the bottom of the hotel's list of priorities. These are the bones of the hotel, seen from the inside and rubbed raw from use. 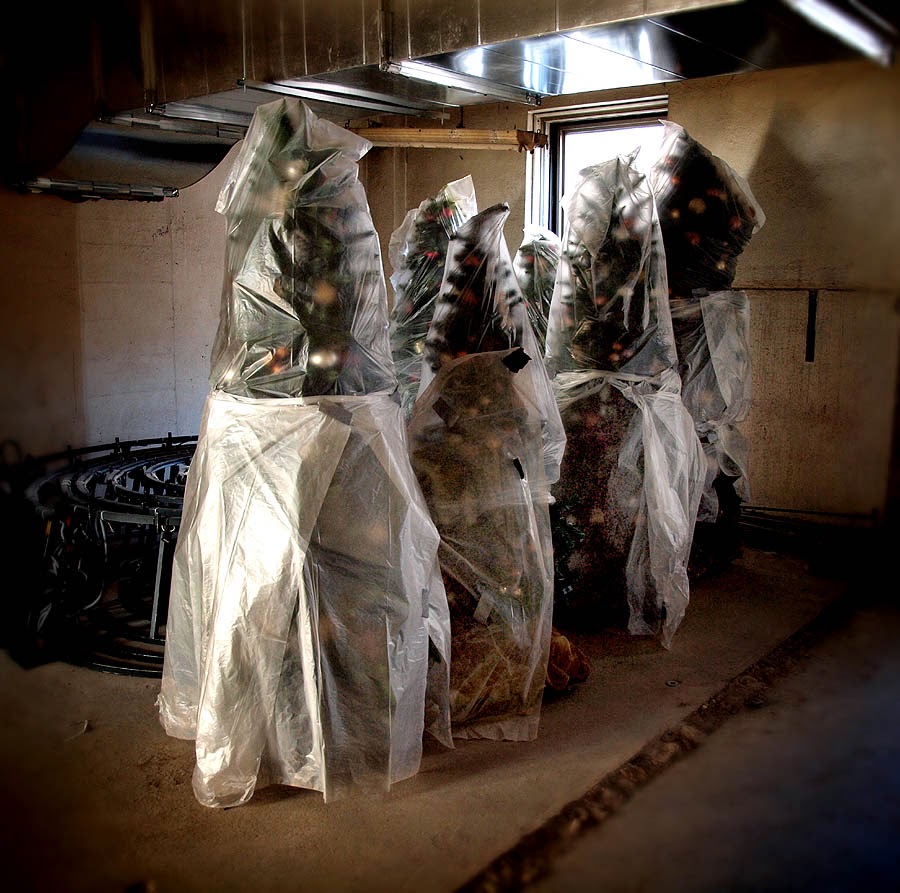 I ended up taking my favorite shot in a dim little room where the hotel had carefully stored Christmas trees, shrouded in thin plastic and barely lit by a tiny window. Overhead was the only new looking thing on the whole floor - a shiny branch of metal ductwork.