IT TOOK ANOTHER YEAR AND TWO HURRICANES, BUT I FINALLY GOT BACK TO CUBA. Twenty-two years after the last time I was on the island, I found myself on a private jet flying into the part of Cuba hit hardest by Hurricane Irma last month, on assignment with a group of travel writers.

Hurricane Irma swept through the Caribbean early in September, hitting the resort areas of Cayo Coco, Cayo Guillermo and Cayo Santa Maria hardest. Which was exactly where our plane was headed, on a trip meant to showcase the rebuilding efforts in those areas for Canadian tourists who might be planning on vacationing there once the high season starts next month. 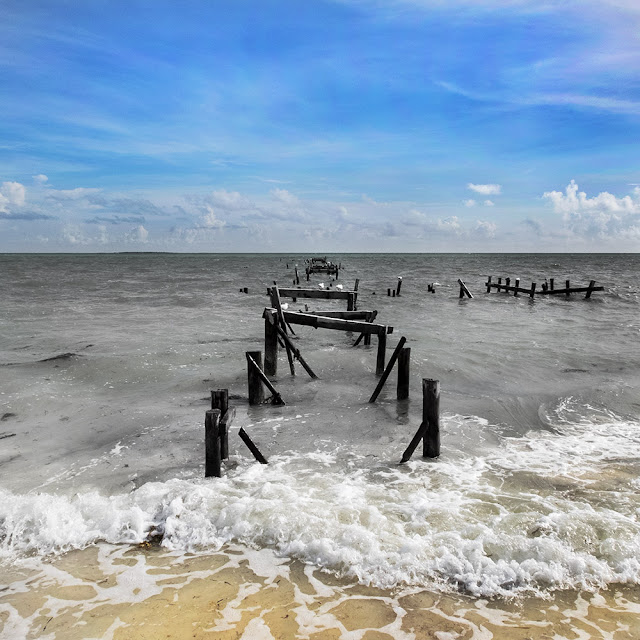 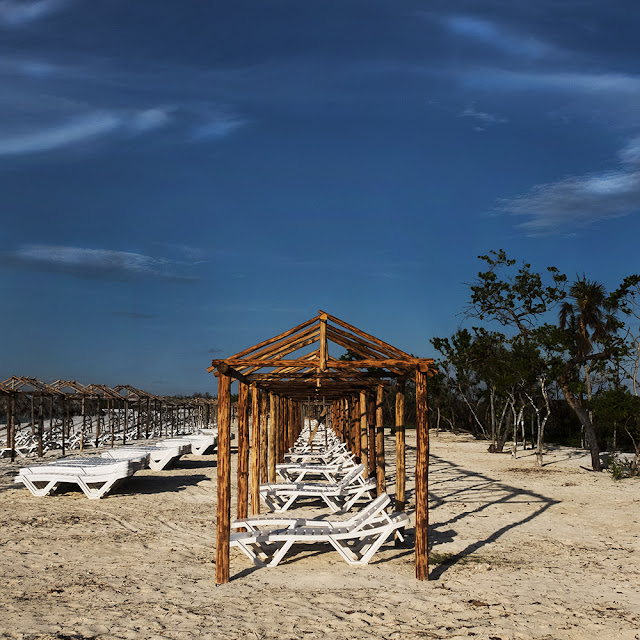 Just over a month since Irma, the destruction was still obvious in all the resorts we visited, though the clean-up work had mostly finished and most of the serious damage had been repaired, including the customs hall in the Jardines del Rey airport, which had been completely gutted. Working non-stop after the causeway to the mainland was repaired, workers, engineers and hotel employees had replaced roofs and windows blown out by the storm; by the time we arrived work had begun replacing the beach huts and cabanas that had been blown inland into hotel rooms, pools, bars and lobbies. 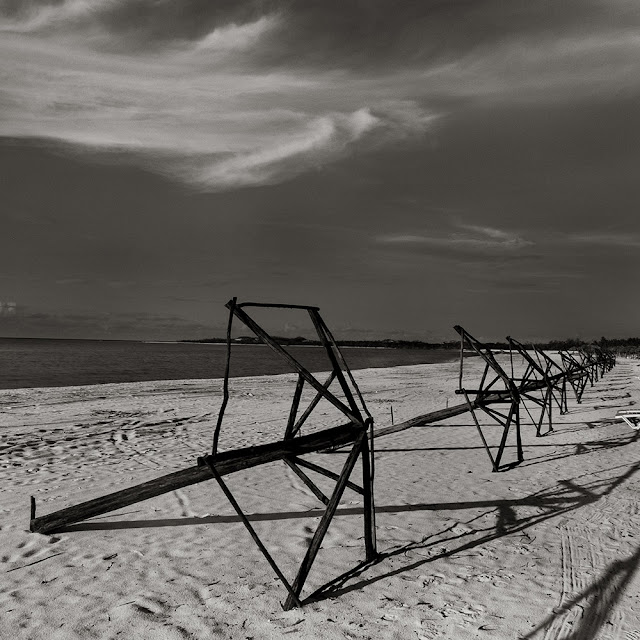 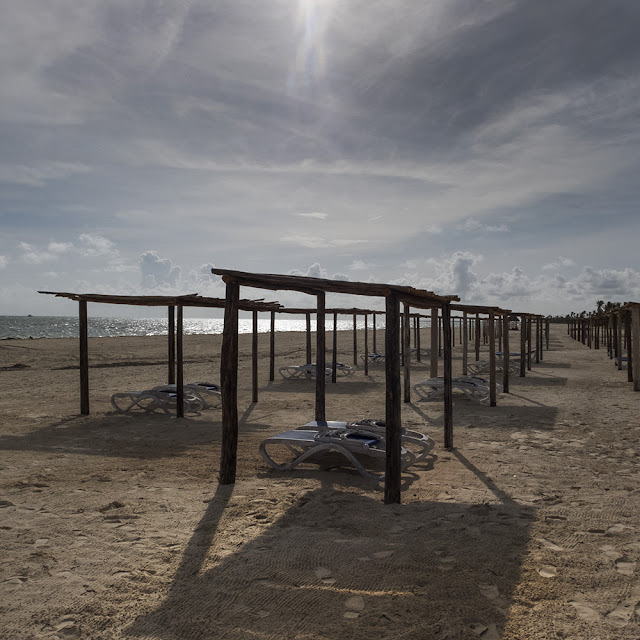 On Cayo Coco and Cayo Santa Maria, we were often the only people staying in the hotels, where repairs had been rushed to host our little group. Sun lounges and chairs had been set up again around the repaired and refilled pools, which felt a bit eerie empty of guests. In some places, the only visible evidence of Irma was the occasional tree still listing precariously, or the branches missing from the windward wide of the palms, which you'd find in a sun-bleached pile behind a guest bungalow. In other places it was a ruined pier, or the white columns that once housed the resort spa, now looking like a temple ruin in a jungle clearing. 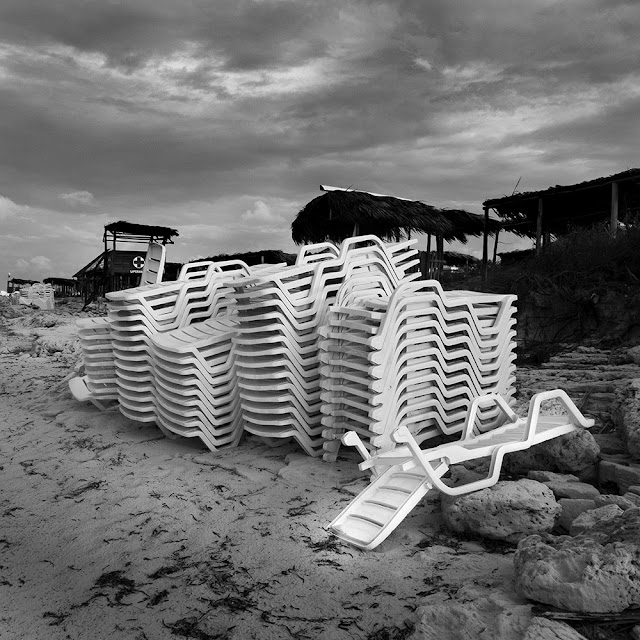 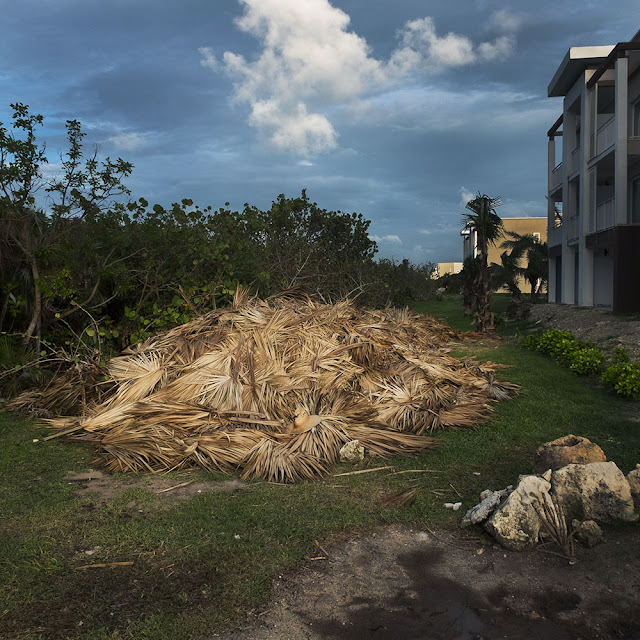 When we flew into Varadero on the third day, we were met with hotels very much back to business as usual, as Irma had lost a lot of her power by the time she'd torn through Havana and reached the western beaches of the island. Guests in danger of being stranded in Cayo Coco and Cayo Santa Maria had been sent here if they couldn't be evacuated home, and after a brief period of clean-up and repairs, it was hard to tell if Varadero had been hit at all. 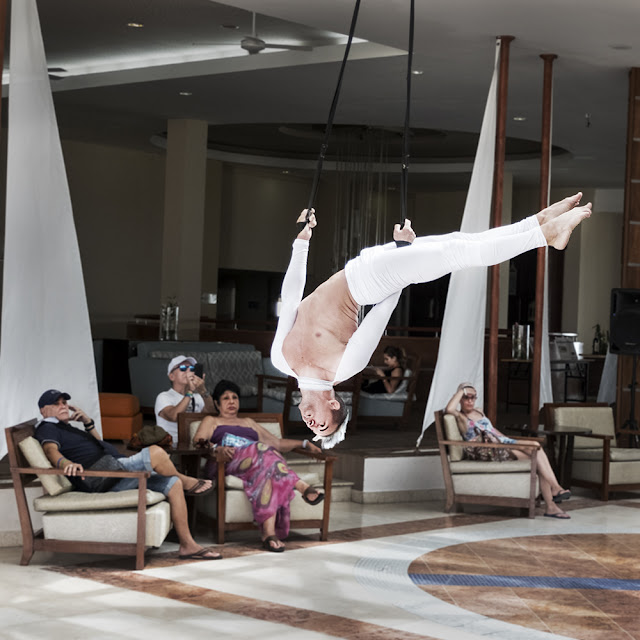 I am not a beach person, though I can stare out to sea for hours. This is a Cuba I had never seen before, since the whole of my experience of the country had been Havana during the peculiar circumstances of the "Special Period" over two decades ago. I'm tempted to qualify this little travelogue by saying that this isn't the "real Cuba," though I'm still at a loss to tell you precisely what that real Cuba might actually be. It was nice to be back, regardless of the circumstances, and something of a gift - as both a photographer and a misanthrope - to experience beach resorts in such a unique way.