I WENT BACK TO LOS ANGELES LAST WEEK for the first time in eight years. Back when I worked for the free national daily I used to go there a lot, on movie junkets. We'd be put up in a good hotel for a night or two, and between the screenings and the roundtable interviews I'd maybe have a few hours free to wander about, and it wasn't long before I came to the conclusion that Los Angeles was one of the most photogenic cities I'd ever visited.

My last trip to L.A. was for a film whose title I can't recall. I do remember that one of the stars was Ted Danson, who was so committed to campaigning for Hillary Clinton in the Democratic primary that he barely spoke about the film and spent most of his time telling a table full of international journalists - none of whom could vote in an American election - how great it was to have a beer with Hillary. 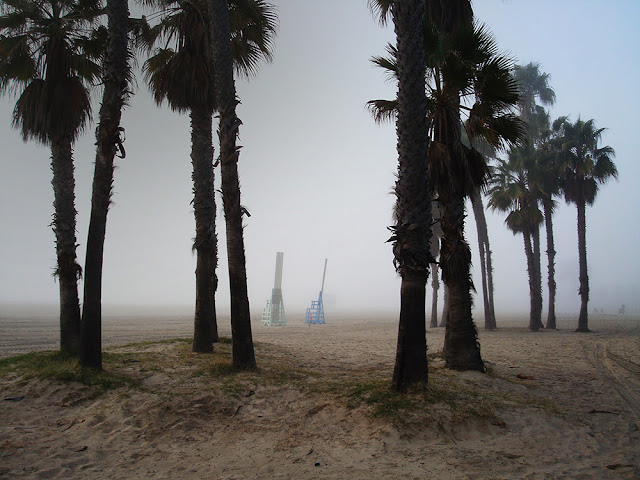 At the end of the junket I checked out and had a few hours to kill before my ride to LAX. The hotel was on the beach in Santa Monica, so I decided to go for a stroll over to the pier. It was January and fog kept rolling in from the ocean, so my first closeup glimpse of the Pacific Ocean tapered into a misty wall about ten or fifteen feet from the water's edge.

I hadn't been taking a lot of photos outside of work. I was, to be honest, reluctant to describe myself as a photographer any more. A few years previous, when I was still the paper's photo editor, I'd had lunch with my friend Chris Buck when he was passing through town, and he'd practically pleaded with me to start shooting again. It had made me feel a bit guilty, and I suppose that's why I'd started packing a camera in my bag when I went on junkets. 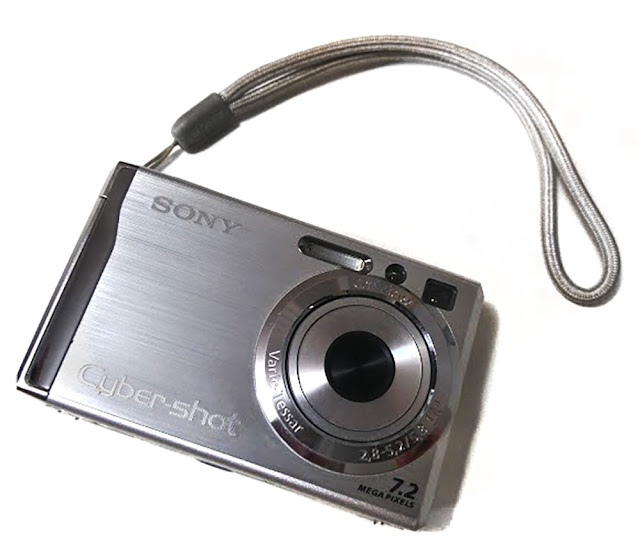 My favorite camera at the time was a Sony Cybershot - a little compact digital snapshot camera that I'd basically gotten for free, and which distinguished itself from most of the other pocket cameras on the market with its Zeiss lens and a well-designed rangefinder, which I appreciated as I didn't like framing and focusing with the LCD screen on the back of the camera. (I still don't.)

It was light and easy to use and took really nice shots for something so small. It was the successor to the Olympus Stylus I'd bought in the last years of film photography, which I'd carried with me everywhere during a time when I wasn't doing much, if any, professional shooting. They were the sorts of simple cameras that suited my now-far-less-ambitious status.


The fog began clearing a bit as I got closer to the pier, but it never let up enough to take away the lovely soft light that suffused everything that afternoon. I took a lot of tourist snapshots - the lifeguard stations (closed for the winter,) the palm trees and the pier, of course, which is an attraction on its own, with its aquarium and shops and amusement park.

It had been a long time since I'd shot anything just for fun. Slowly, as the afternoon went on and the sun began setting, I realized how much I was enjoying this. I wasn't fooling myself that I was getting anything groundbreaking, since what I was shooting was so essentially picturesque. I was getting snapshots and postcards, to be sure, though it was still satisfying to just frame and shoot. 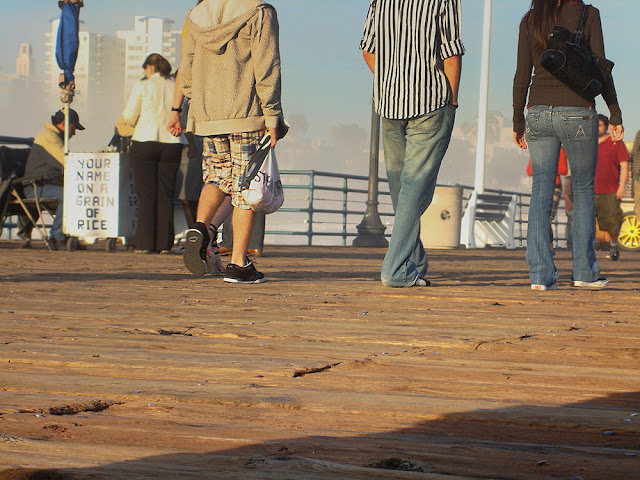 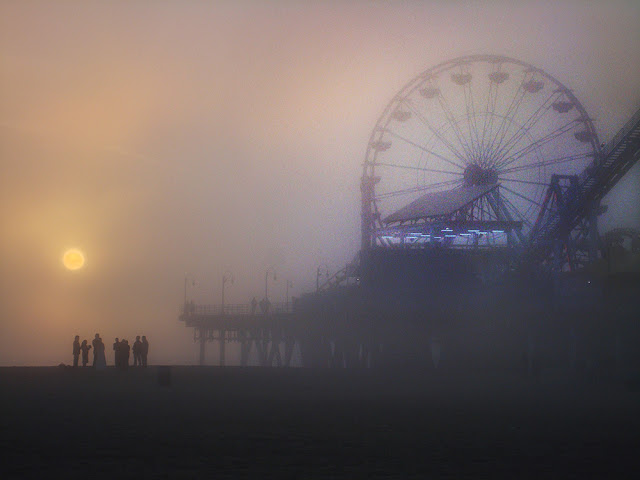 Santa Monica was my last movie junket, and a few weeks later I was laid off from the free national daily. The next few years were stressful - back to freelancing, buying a house, trying to figure out just what I wanted to do with the balance of my life. Looking back, I probably wouldn't have entertained returning to photography if it weren't for a) that lunch with Chris and b) that afternoon in Santa Monica.

It was just a couple of hours on my own with a little camera, but it felt good enough to be shooting again - and getting shots that, if not wildly original, at least looked like what I wanted to capture. I didn't know it at the time, but I was both at the end and the beginning of something, so in retrospect these photos have a pregnant, even ominous significance that only became clear in retrospect.