THERE'S NO OTHER CITY LIKE LOS ANGELES. I can't think of a more unique set of circumstances where a city like this could exist. Hugging the sides of mountains on an earthquake fault; home to a world-straddling entertainment industry; lacking a single discernible downtown and, in fact, having several of them; containing not only infamous traffic-clogged freeways but several massive parks.

I used to hate Los Angeles, like most people from the other coast. That was partly L.A.'s own fault - the movie industry has been telling nasty stories about itself and its hometown since the silent era. I fell for the bad press and the sinister myths - until I actually started going there. That's when I learned that the myths were almost all true, but that there was so much more to the place. Mostly, though, I learned that you can't take a bad picture of L.A. 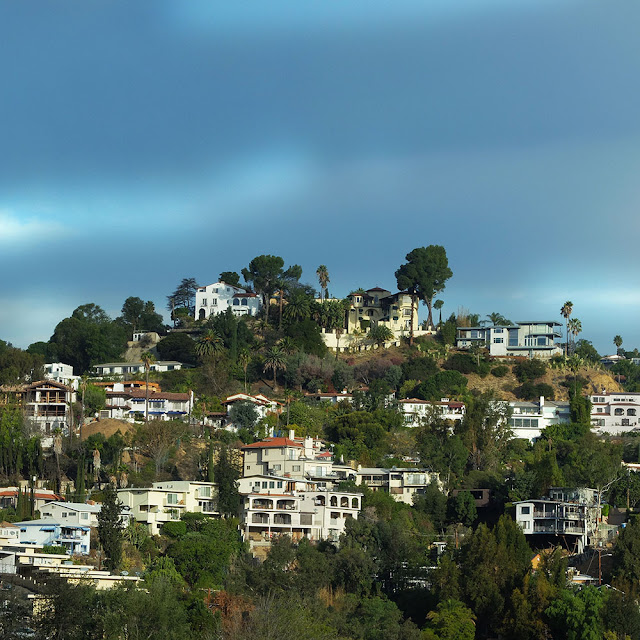 My return to L.A. after an eight year break began at the top - the helipad of my hotel, to be specific, and its view to the old "downtown" under a cloudless sky. My room looked out at the mansions running down the side of the Hollywood hills, where you couldn't help but wonder if the people living there, looking out of their windows, knew that other eyes were looking back. Looking seems to be a major activity in L.A., where a view is a status symbol, and half the population seems to be doing its best to be seen.

My previous trips to the city had been fleeting, involving buses and taxis and hotel rooms and movie theatres, and I was lucky if I got a chance to get more than a couple hours' time on foot. This trip was different; being on foot in Los Angeles was the whole point, and after the helipad, it began the next morning at that most iconic of locations: The Hollywood Sign. 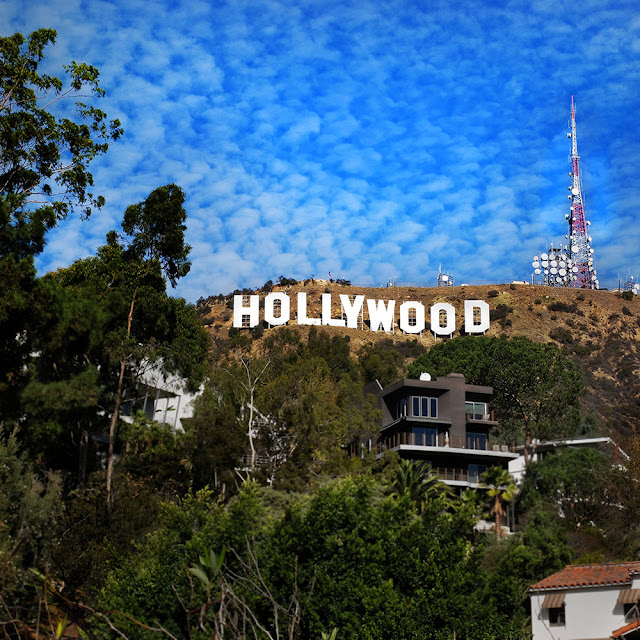 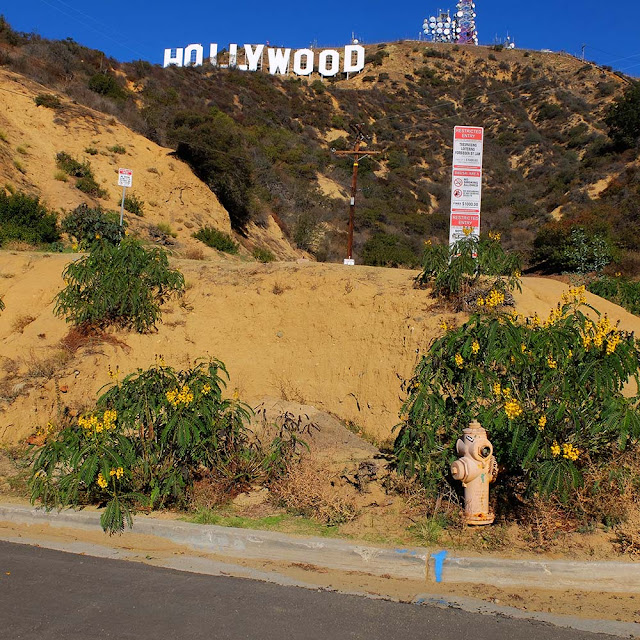 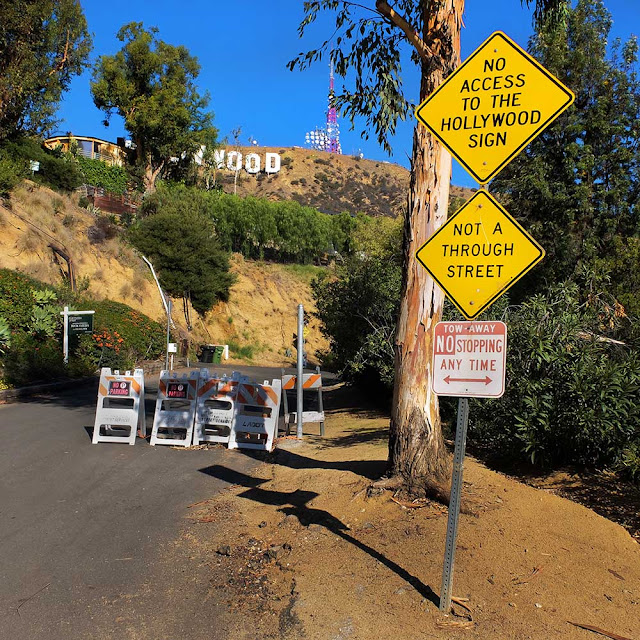 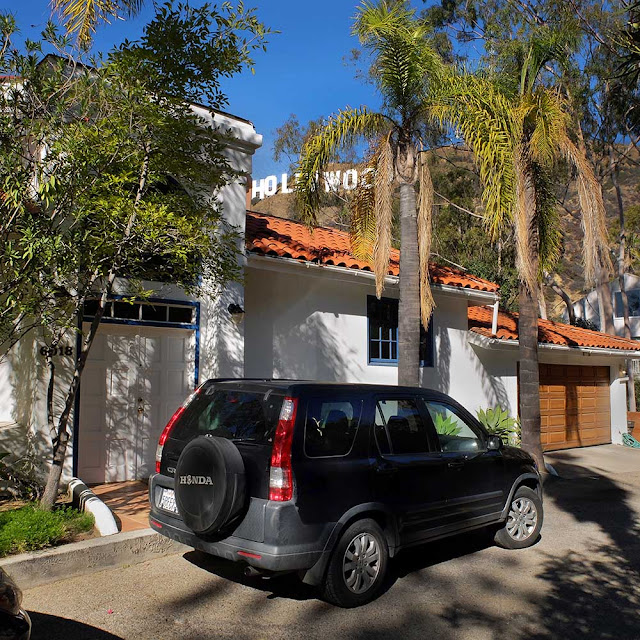 After making my way to just under the sign, I wandered down the streets below the big letters and the radio tower, fascinated by the homes on the slopes of Mount Lee. I'd imagine there's an enormous metaphorical weight to living beneath the Hollywood sign, and if I were susceptible to that sort of symbolic baggage it might be a huge burden to live with, depending on your circumstances.

It's impossible, of course, to be in L.A. and not have movie scenes flit in and out of your mind. L.A. is not only a backdrop but a character in so much of Hollywood's self-perception, so it's not surprising that so much of the city - an artificial creation, as they've reminded us so many times in films like Chinatown - looks like a set, with its painted stucco walls and careful plantings of desert fauna chosen to withstand drought. And then there's film noir - the darkest corner of the city's myth, which makes you wonder what could be going on in every prosperous home off Sunset Boulevard. 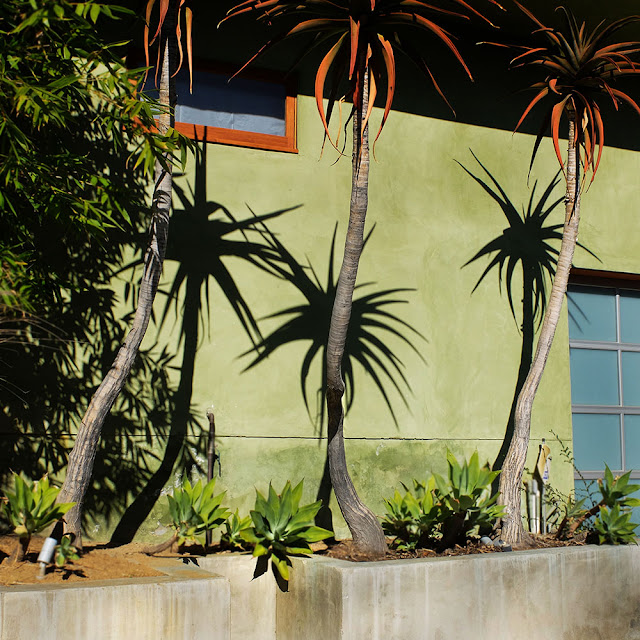 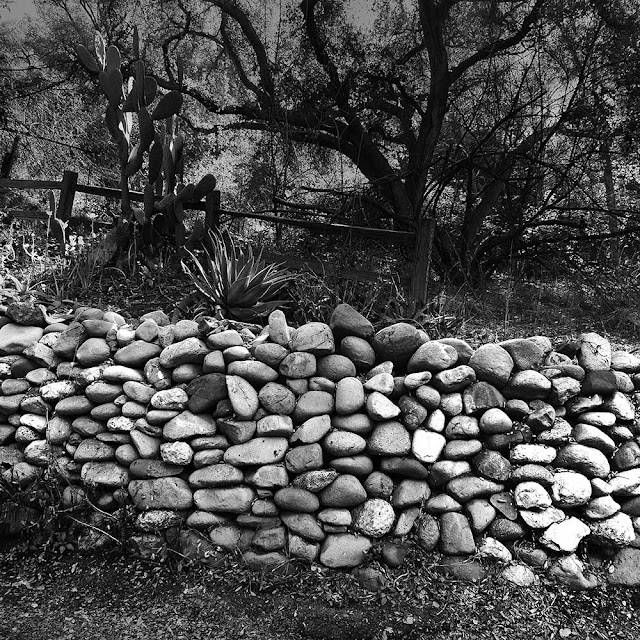 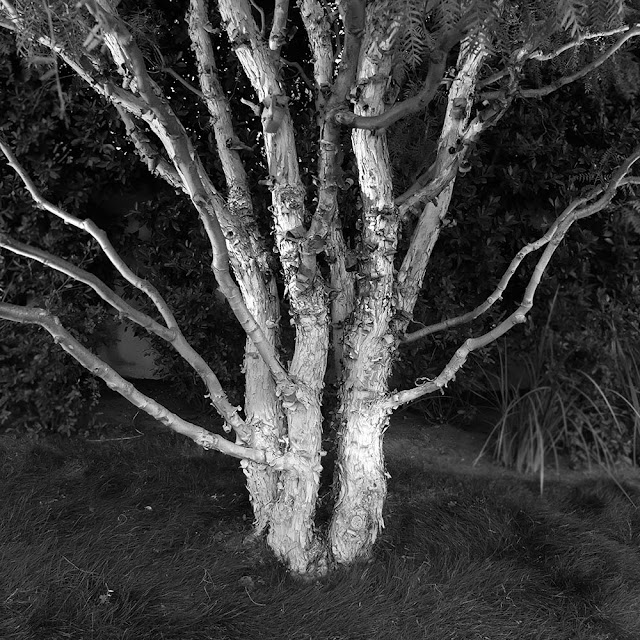 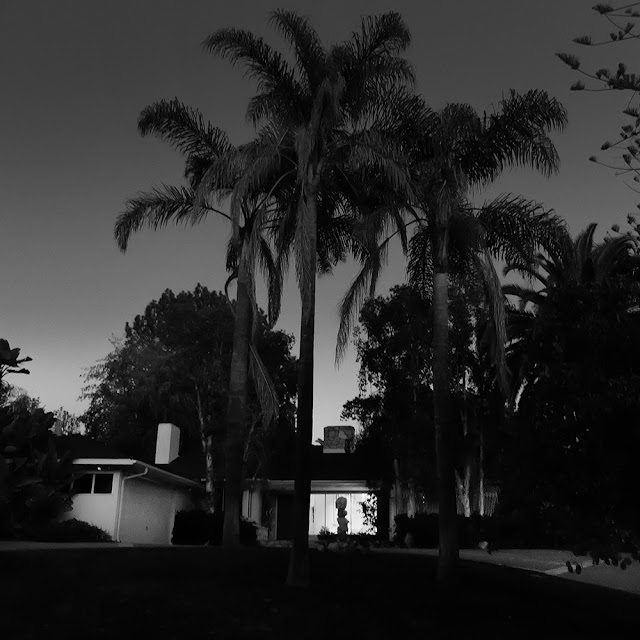 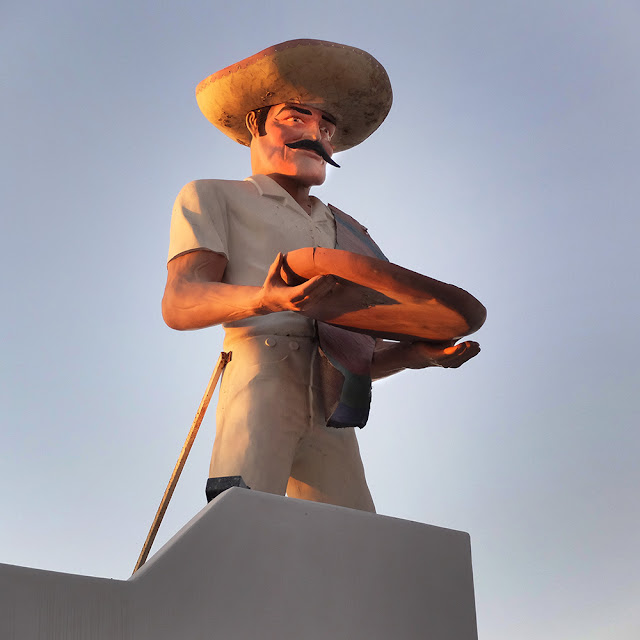 After starting in the hills, I ended up, appropriately, by the sea. Malibu, to be precise, right by the pier, on the Pacific Coast Highway. Another place that I'd imagined in my mind thanks to countless movies and songs before I even saw it. Which is the strangest thing about L.A. - you think you'll know what it looks like, only to arrive and discover that it's either a lot bigger or a lot smaller, but definitely a lot stranger than what you expected.

My little bit of spare time in Los Angeles was given over to meeting with two friends I'd never met - men I knew through friends or long online acquaintance. As I get older it seems more imperative to make these virtual friendships actual, and it was a great pleasure to spend time with Tom and Robert, talking about photography and music and movies and culture - and the city where they both chose to live, having been born and raised far to the east and north.


It occurred to me later that both Tom and Robert are men with discerning visual taste, and that making their way independently to this very peculiar city probably wasn't an accident. I'm looking forward to talking with them again, the next time chance sends me to their adopted hometown, with its unprecedented circumstances and endless opportunities to take photos and look.