SINCE STARTING THIS BLOG I'VE BEEN REMINDED ABOUT HOW TIME HAS PASSED, and how quickly time is passing. With this in mind, I've become preoccupied with unfinished business, and trying to get portraits of people I've always hoped would end up in front of my camera. Last week I had just such an opportunity.

James Chance has a new record out, and was booked by local music promoting legend Gary Topp to play a show here - once in the early fall, then later in December after that show was postponed. I was a fan of Chance and his bands - the Contortions, James White & the Blacks, Teenage Jesus & the Jerks - long before I ever owned a camera, though he never seemed to pass through town when I was shooting seriously. 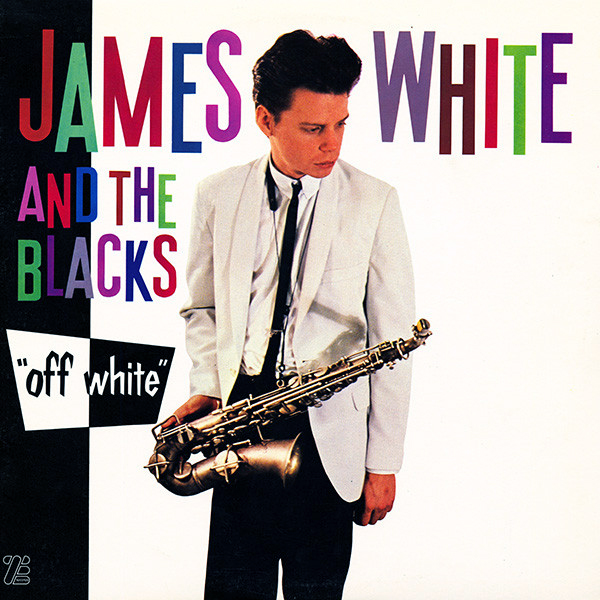 I had copies of Chance's records Buy and Off White when I was a lonely misfit high school punk. When most of my schoolmates were into Rush or Springsteen, I was in the basement listening to Chance's punk rock take on funk and free jazz, which sounded like boiled essence of late '70s New York City soundtracking Chance's alternately needy and spiteful vocals. I even went so far as to buy a white dinner jacket and acquire a broken alto saxophone, which I never learned how to play. I didn't make a lot of friends in high school, but I did wear the jacket to the prom.

I can thank Chance for not only giving me an appropriate soundtrack for my slightly retro-oriented teenage angst, but for being my gateway drug to the "challenging" jazz I'd end up listening to a decade later - people like Defunkt, Ornette Coleman, James Blood Ulmer, Last Exit and David Murray, who was briefly Chance's sax teacher. Chance also provided a teasing primer for the American Songbook tunes that would obsess me in the '90s when I (pseudonymously) wrote a column on old jazz for a local weekly. 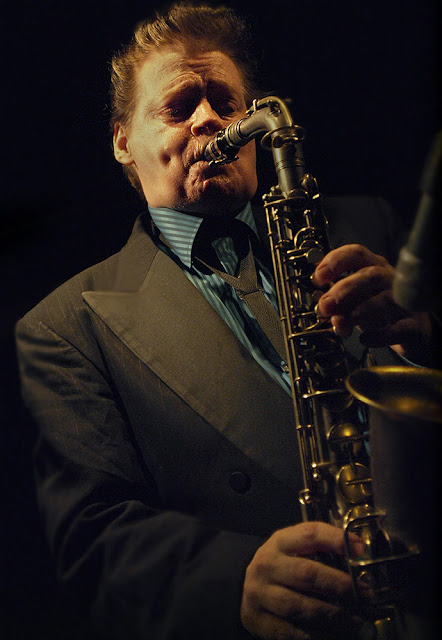 I arrived early at the club, hoping to get Chance to sit for a quick portrait after soundcheck. It turned out that he didn't do the soundcheck, but Gary talked me up to his guitarist, Tomás Doncker, and I was assured that he'd probably be willing to sit for a portrait after the show. I broke down my studio in a bag again, stuffed it under the soundboard and met some friends for the show.

It was a great gig. Chance has always led a tight band, and I shot a bit from the front of the stage while they did a couple of old Contortions songs, material from his new record, a Gil Scott Heron tune, and encored with James Brown's "I Can't Stand Myself (When You Touch Me)." With the show over, I collected my gear and waited for a green light from Chance to do a shoot. With some reluctance, he agreed.


I set up on the stage after the gear had been cleared away - my little white folding backdrop and two LED lights bounced into umbrellas. I waited for James to sign CDs and do some business with Gary before he made his way back to the stage and my little studio. He was obviously suffering from some serious back pain, so I got it over as quickly as possible.

For almost half of the frames, Chance has his eyes closed; he seemed to be marshalling what energy he could after a strenuous night. Luckily I really like taking pictures of people with their eyes closed. But when he opened them and fixed his gaze on my lens I was startled at how huge his eyes are, and how fiercely they seemed to look through the camera at me. The shot above is very far from the most intense of the photos I took at the Rivoli that night.

Not wanting to tax Chance further or take up more of his time, I shook his hand and thanked him for the opportunity to take his portrait.