WHEN ASKED, I USED TO CALL MYSELF AN EDITORIAL PHOTOGAPHER who specialized in portraits. Today I don't know what I'd call myself any more. I'm a man with a camera. I take pictures. Sometimes people pay for them.

While working on my David Lynch post I tried to remember another time when I barely shot a handful of frames. When I was young and poor and shooting film cost money, I'd economize by using a single roll for several shoots. As I got older and started making real money I'd never use less than a roll for a shoot, and made a point of putting my cameras away between jobs empty.

When digital arrived, film and processing costs became irrelevant, so you could shoot until you were sure you had what you wanted - or until someone told you to stop. Why would I just shoot a handful of frames?

And then I remembered: Heath Ledger at the film festival, promoting Brokeback Mountain.

I was working for the free national daily, and whenever possible we tried to book a quick portrait session to go with our festival interviews. Most of the time we could be accommodated, even if only for a minute or so, but with every passing year access tightened and publicists said no, offering us handouts or - worst of all - telling us to see about paying for access to the pics being made available from the agency photo suite on the second floor, where festival guests would be taken for portrait sessions.

For some reason, nobody made a decision about giving us access to Heath Ledger right up until the moment I entered the hotel to interview him with Chris, the writer. He was a star and his film had lots of buzz so there were two levels of publicists involved in handling him and one of them - the Canadian one, and apparently the more junior of the two - seemed to have no problem with us getting a few frames after the interview. After all, we were a big player in her market, and it served her interests to give us access.

I had, by this point, been shooting in film festival hotel rooms for twenty years, so it wasn't hard for me to find my bit of light in these familiar spaces. As ever, I searched for the "Anton corner" - that space where the window light flattens out and turns warm and flattering, and upped the ISO in my Canon to get sufficient sharpness. There would be some "grain," to be sure, but digital "graininess" wasn't nearly as hard as film grain; the trade-off was that the shots looked fine in print but couldn't stand being blown up too much.

This was an average work day at the festival. I introduced myself to Ledger, who was polite and happy to simply stand in the corner I'd chosen and take my minimal direction. Aware that I was probably sneaking frames, I tried to work fast.

These are all of the frames I shot of Heath Ledger, from the moment I raised my camera and focused... 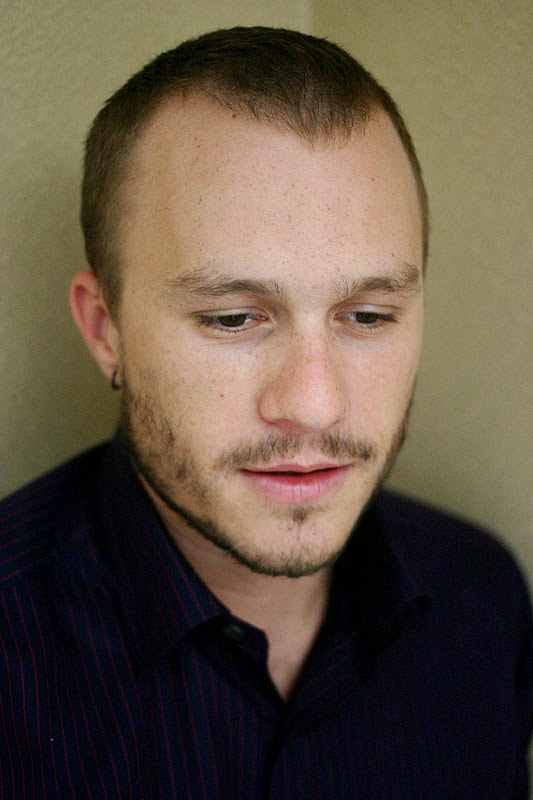 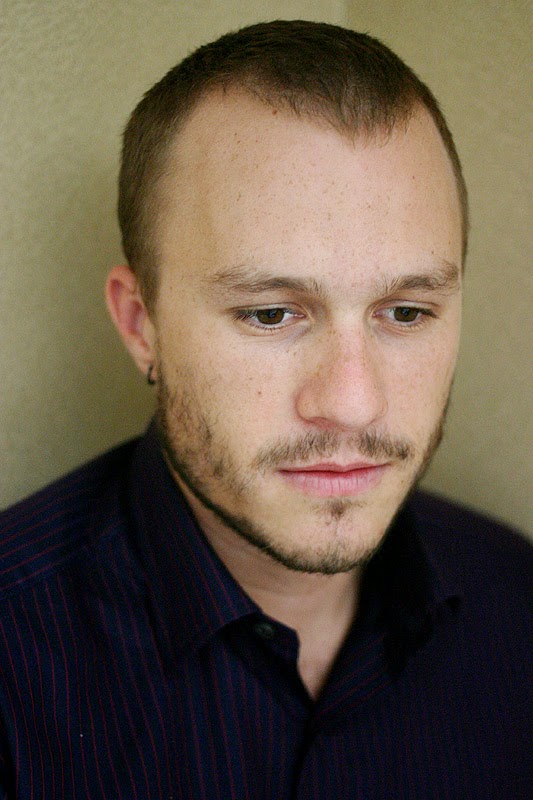 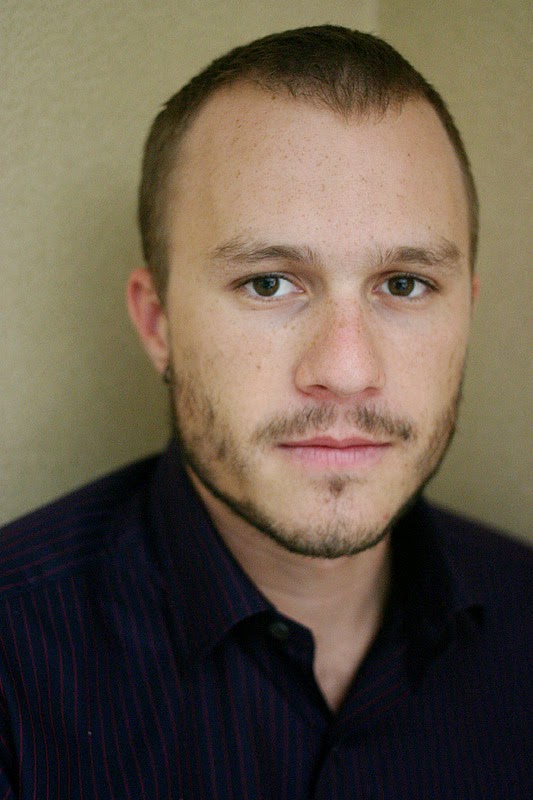 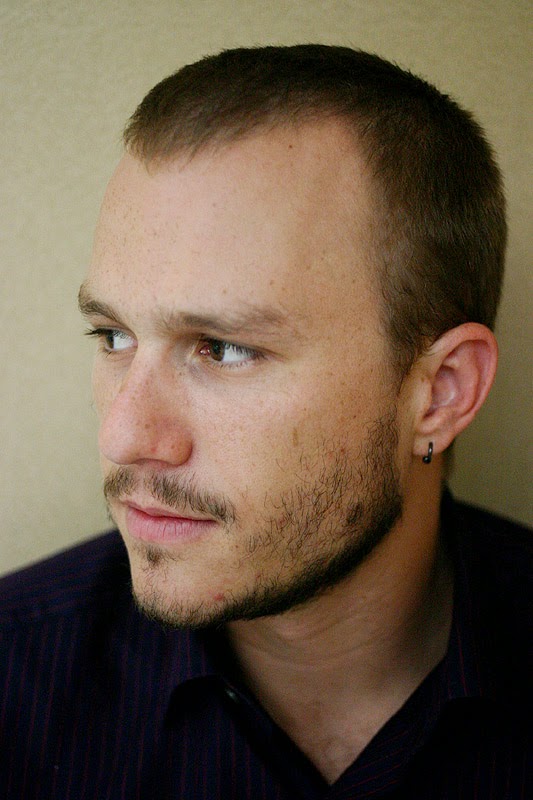 ...to when the other - apparently more senior - publicist burst into the hotel room and told us to stop.

Ledger watched while she wagged her finger and made angry noises, then looked at me and shrugged. This was the price of stardom, it was implied, and he'd have to get used to it. I thanked him, we shook hands, and he followed the angry publicist out of the room. Three years later he'd be dead.

The two frames I've highlighted on either side of the shoot aren't bad shots. They're portraits of a young man with suitable charisma and intensity to address the camera with confidence, though to be frank their salient value probably comes from being pictures of a famous person, as per Duane Michals' timeless dictum. One of these shots ran with the interview, but I doubt if anyone's seen them since then.

Heath Ledger died of an accidental drug overdose in January of 2008.