I USED TO HAVE A LIST OF PORTRAIT SUBJECTS I WOULD DROP ANYTHING TO SHOOT. The list included names like Frank Sinatra, Richard Nixon, Claudette Colbert and Peter O'Toole. I didn't end up shooting most of them, and today it's obvious that I never will, but I did end up scoring a portrait session with a major name on my list at the end of the '80s, and ended up with a set of photos that I cherish.

I don't know why Fela Kuti came to Toronto in 1987. This was after he'd been jailed by the Nigerian government for currency smuggling, which had increased his profile as both a musician and human rights figure in North America, leading to several tours and an appearance at a major Amnesty International concert the year before.

He had never played Toronto, however, and with no hint that he ever would, I went to a press conference he held here in September knowing that it might be my only chance to get a photo of the man. In person he had an intensity that was impossible to miss with a camera; I didn't have much of an idea of what particularly he was talking about - it would be years before I was able to make much sense of African politics, and even now the subject is so dismal that I pity anyone who has to make it their business. 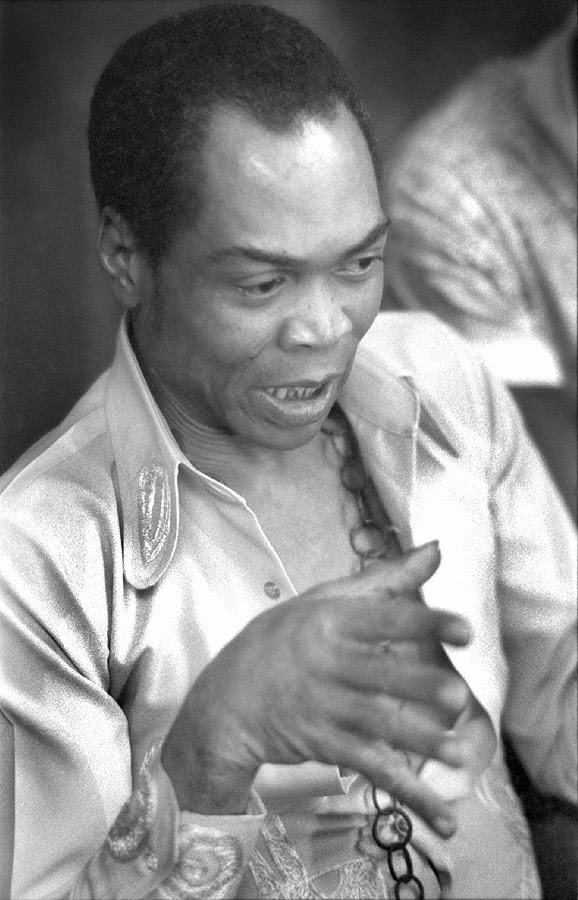 Two years later came the announcement that Fela would be bringing Egypt 80 to Toronto for a concert. The promoter was a man named Gary Froude, who went through untold trouble arranging the gig, which was originally announced for Lamport Stadium but ended up at the Concert Hall, a former Masonic temple that was a fraction the size of the soccer stadium.

I did everything I could to arrange a shoot with Fela, using whatever credentials I had to get into the show during soundcheck with my then-standard lighting setup - a medium format camera and a single flash bounced into an umbrella. Scouting the basement room where Fela, his band and massive entourage were hanging out before the show, I found a white wall and set up the light just above and behind me. 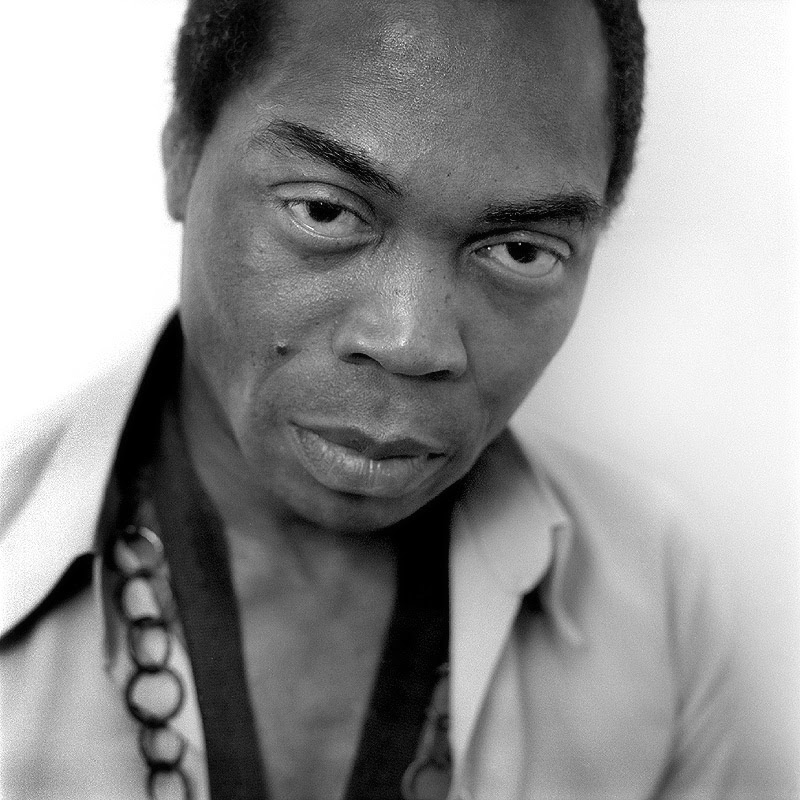 I shot two rolls of Fela, but there was a gap of at least a half hour between them, as he took a break and motioned for someone to hand him a massive spliff about the size of a pastry bag. He moved over to a sofa and lay back, smoking one gargantuan joint after another, tapping the ashes into an aluminum tray on the floor next to him.

Fela Kuti was one of the most genuinely intimidating men I have ever met. He projected an undeniable sense of authority that affected everyone around him with little more than the odd pointed remark and a piercing stare. It's probably foolish to speculate about this now, but I have a hard time imagining that a regime with him as its president would have been much less authoritarian than the ones he spent his life fighting.

When we resumed shooting, he began pulling at his face with his fingers as I worked; I couldn't figure out whether this was a sign of subtle disrespect or his attempt to give me something unique. What I do know is that these are photos of a man who was heroically stoned, albeit one who would shortly play an epic, hours-long concert. 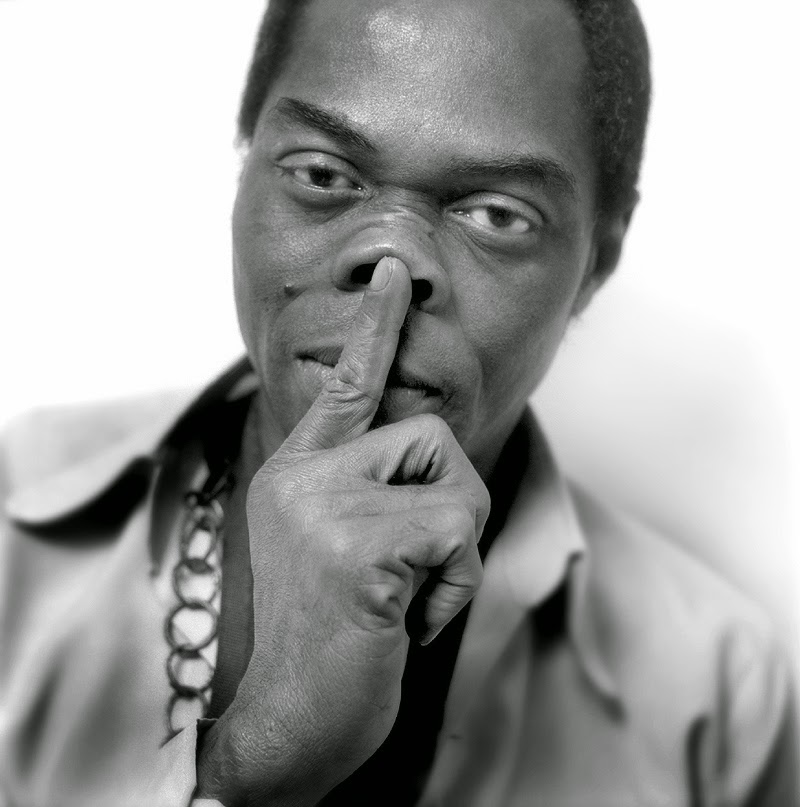 Between the portraits and the show I went home and switched cameras. I managed to get a prime spot at the front of the stage, helped by the fact that, even after the move to a smaller venue, the Concert Hall wasn't anywhere near capacity. For all of his pain, I'm not sure Gary Froude ended up making money off the show. Which was a shame, because it might possibly have been the greatest live music event I have ever witnessed.

Fans of Fela's music know that by the '80s, after the breakup of his Africa 70 band, his music had taken a trance-like turn. Songs that lasted twenty minutes now topped a half hour and longer, his signature circular rhythms and vamps becoming more insistent, the chanting and solos knitting themselves more tightly into the songs than before.


I only had a few records to prepare me for Fela's live show, but they were wholly inadequate to what I saw - an almost superhuman musical event that seemed to exhaust the audience more than the band or - amazingly - its leader. It was July and the Concert Hall was never less than a sauna even in the winter, so no photo can give a sense of the heat and humidity in the room.

I shot several rolls of colour slide and black and white film, and could have scanned many more shots than this - wandering the lip of the stage with my camera, mere feet away from Fela, I could frame and shoot at will and get something worthwhile. Fela would come back to Toronto again - his double bill with Jimmy Cliff a few years later would be much better attended - but my memory of this show was so indelible that I didn't want to risk disappointment if he was having an off night. I don't know that any of these photos were printed after this concert. I sent one of the Fela portraits to Rolling Stone Press on spec with a bunch of other prints, but they were all returned unpublished. One of the portraits was in and out of my portfolio for years, but I'm pretty sure that this is the first time these photos have been seen publicly.