SO MY OLD HIGH SCHOOL BUDDY MIKE CALLS ME UP OUT OF THE BLUE and asks if I'd like to go to Maui. Actually, I misheard him and thought he said "Mali" at first; that country was in the middle of a civil war at the time, and I thought this was awfully adventurous of Mike, but I was prepared to say yes anyway. It had been a long winter and I was desperate to go somewhere and do anything.

When Mike made it clear that he was talking about Hawaii, I was somewhat relieved and asked him for details. He'd won the trip as a prize at work for leading his team to some kind of record sales but his wife, a Montessori teacher, wasn't able to take off the time. I thanked him profusely for thinking of me and got the dates from him. I was going to Hawaii. Well, at least that means that Hawaii actually exists, I thought to myself. 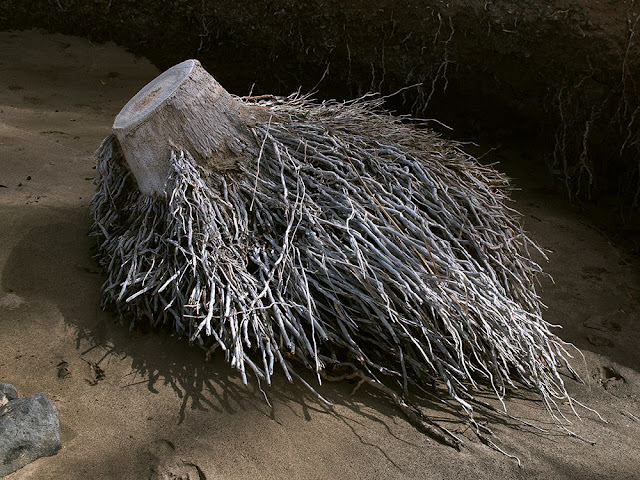 For years I'd joked that I didn't think Hawaii was a real place. How could anywhere that sounded so much like paradise - perfect climate, middle of the Pacific Ocean - actually be real? Even when I met people from there, I kept the joke up and chastised them for leading people on about this implausible place. And now I was going.

Actually, I'm still not sure Hawaii exists, even after going there. The weather was, in fact, absolutely perfect, especially on the leeward sides of the island, which are drier than the wet, humid windward sides. In any case, a Canadian like myself gets confused by a place with growing seasons all year round, and where every plant - literally everything from lush shrubbery to the meanest little weed - produces some sort of outlandish, vivid blossom.


Mike's company put everyone up at the Hyatt Regency, one of a string of resorts on the leeward side of Maui. The Hyatt distinguishes itself by being home to an aviary; a collection of birds, including swans, penguins and flamingos, that live in the open air lobby areas and wander among the guests. Useful fact: Up close, flamingos don't look any more real than the pink plastic ones your tacky neighbour sticks all over their lawn.

The Hyatt is an excellent hotel, and I felt a little guilty when Mike set off every morning for some meeting or presentation or team-building exercise while I had the whole day to myself. I'd find a cabana or a lounger by the beach and settle in with a book. Or I'd take my camera - my Olympus E-620 with a single 25mm pancake lens on it - and go for a wander.


A short stroll up the beach from the hotel led me to an old cemetery just a few yards inland, where the headstones matched the colour of the iron-rich volcanic soil. It seemed to be full of Japanese and Filipino labourers who'd died before the Pearl Harbor attack, and while more than a little bleak, seemed well-tended for a rough little patch of graveyard just a few yards inland from the ocean. 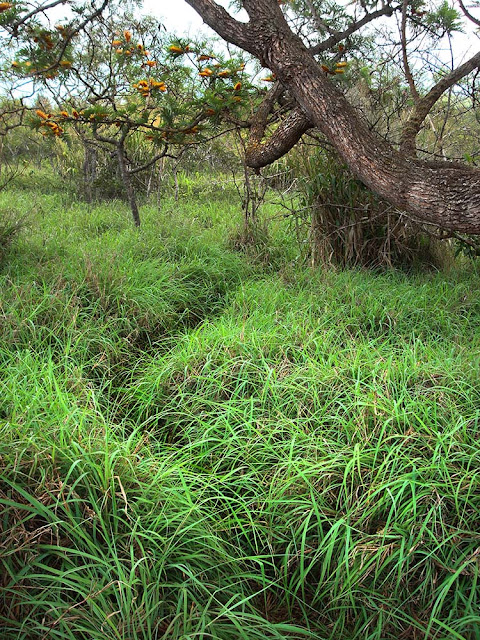 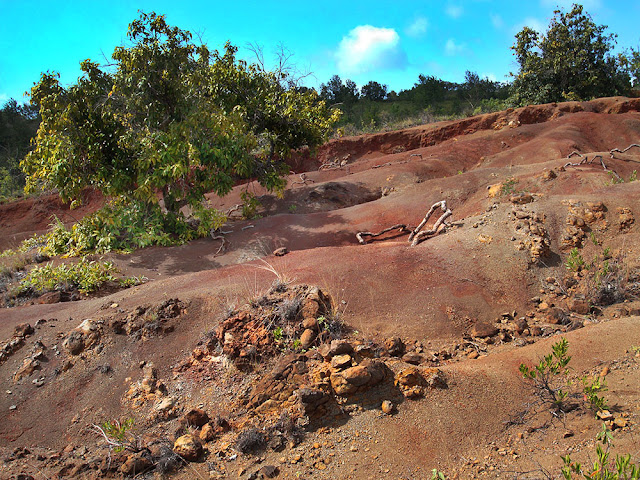 Mike signed us up for a hike and zipline adventure up in the hills above the resorts, where the exposed red soil would alternate with lush grass and trees covered in ochre and saffron coloured blooms. Our guides were typical of the sorts of off-islanders who ended up working there - surfer types who treated their job as a lark and probably smoked a fair amount of whatever they call Maui Wowie these days.


With the end of the trip in sight and the daily corporate activities over, Mike and I rented a jeep and decided to drive up to the peak of Haleakala, the (apparently) dormant volcano that formed the island 750,000 years ago. The roads all over Maui were full of late model Mustangs - convertibles mostly, and the V-6 powered jobs that end up in rental fleets. We didn't get one of those, which was a good thing, because the road to the top of the volcano was quite steep in spots and the temperature dropped steeply as you headed up and through the clouds.

Up at the top we found a wholly alien landscape, with little vegetation except for plants like the silversword, which only grows near Haleakala's peak. The red soil and rocks made it all look decidedly Martian. We wandered around for as long as we could, which was a bit of a test for Mike who made the mistake of wearing shorts and sandals that day. 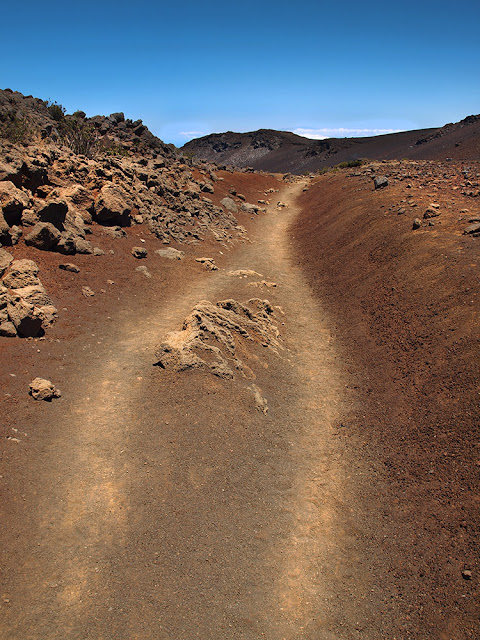 It was an altogether pleasant break from what was becoming a sobering and apparently jobless life for me back home. In a couple of years my wife would give me the idea that became this blog. But the unlikely prospect of having a newsroom job again had finally struck home, and I was being forced to look at new options for whatever I jokingly called my "career" at that point.

I did come back from Maui with a vague intimation that I liked taking photos in strange new places. That this was something other people called "travel photography" hadn't quite occurred to me yet, but an idea had been planted. Now I just had to wait for somebody who wasn't a generous old friend to hand me another plane ticket and send me somewhere. For that, I'd have to wait a little bit longer.