I NEVER STOPPED TAKING PHOTOS. I only stopped making a living taking photos. That's one of the things I've learned while going through my files for this blog. If I had stopped taking photos because my full-time career as a professional photographer had effectively ended there would be no point doing this, because that would mean that I was never really a photographer.

A few months ago I found a Kodak Instamatic camera in a second hand shop, the same model as the one my mother gave me for Christmas when I was a boy - my first camera. I remembered how I'd gone out into the snow outside the house and took photos that interested me: Shots of snow drifts in front of bare trees and dormant hedges, everything composed in what I would learn later were the rules of seconds and thirds. I'm still trying to take those photos nearly fifty years later, and back when I was relieved of the pressure of taking photos for money, that's what I did with my copious downtime. 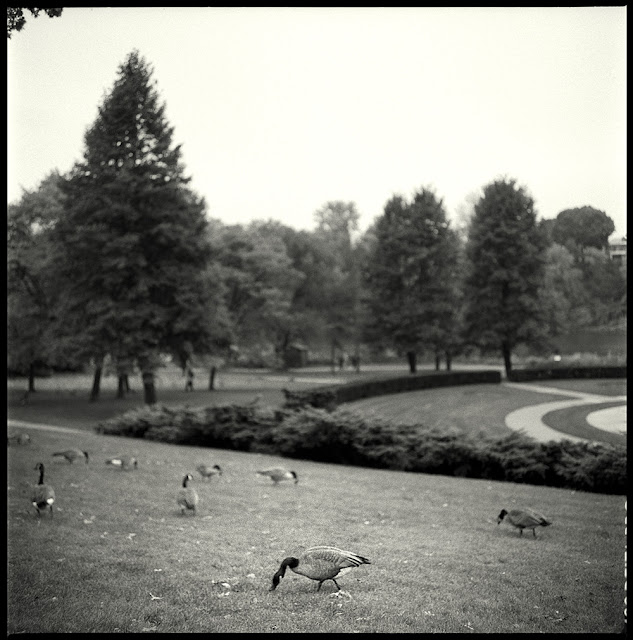 I have lived in the west end of Toronto for nearly my whole life. The parks and beaches and industrial precincts of the area have always been where I've gone to reflect and recharge, places full of personal and family history. This is what my hometown looks like in my mind, and every photo I've taken there is an attempt to fix that place and what it looks like in memory and posterity.

I took my Rolleiflex along on family vacations to visit my in-laws in Nova Scotia, fascinated by a place that didn't look like anywhere I'd lived before. This is the landscape of my wife's family and memories, so shooting there was like trying to tell someone else's story without using their words. The shore of the Bay of Fundy, with its shingle beaches and outcrops of volcanic rock, is one of the most primal places I've ever been, with a harshness that I find mysteriously appealing. 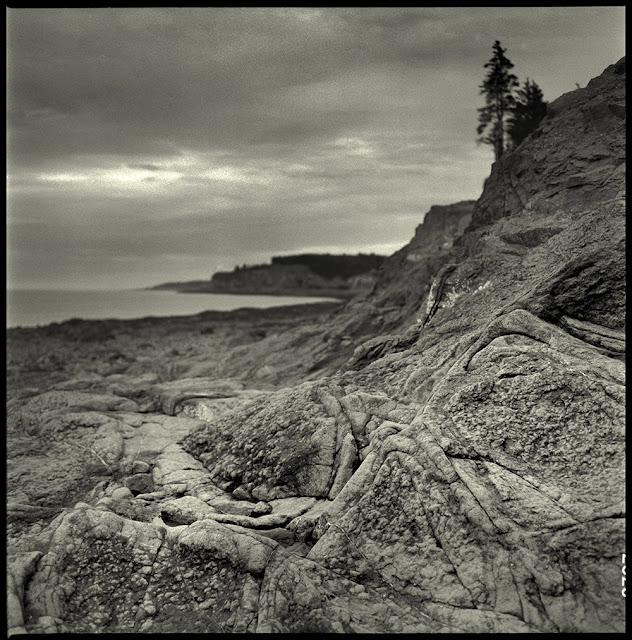 Back home, I returned to Mount Dennis, where I took my first photos a few blocks from the Kodak plant where my family worked, and around the west end I know so well. I ended up documenting not just the place where I grew up, but also Parkdale, where we lived, and the old working class and industrial neighbourhoods around Earlscourt and Silverthorn, where we'd end up moving several years later, and where I'm writing this now. Short of family photos or self-portraits, these are probably the most personal photos I've ever taken.

They were also the last outings I'd make with my Rolleiflex. The year after I took the last of them I was put back to work shooting for the free daily, using the first really practical digital cameras. The whole slow, segmented process of shooting with a camera like the Rolleiflex became obsolete and impractical practically overnight, so these photos are effectively my farewell to film photography, though I didn't know it at the time.

Posted by rick mcginnis at 9:42 AM