I WAS IN MY MID-THIRTIES BEFORE I CROSSED THE ATLANTIC. Travel for pleasure was always out of reach for me; for most of my life I'd lived on a tight budget that prevented me from having one thing I really wanted (a car) and something I never knew I'd enjoy (travel.) At a life-changing point in my life, however, I found myself on a plane heading to Europe twice in less than a year. The first flight was to London. The second to a Spanish city I never thought I'd visit.

What happened was that on the night I met the woman who'd become my wife, she told me that she was going to Barcelona for a teaching gig that summer. She asked me if I wanted to come along. Of course I said yes. 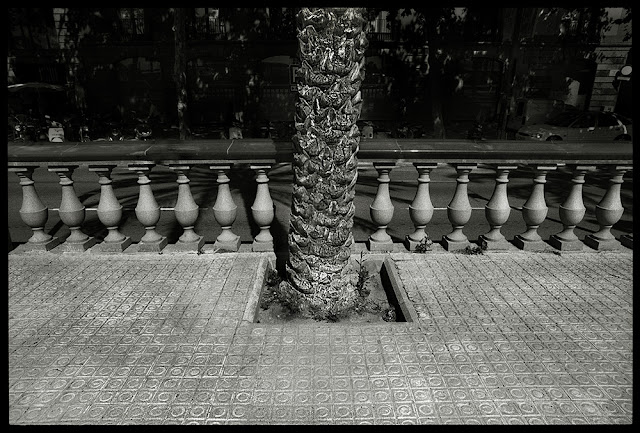 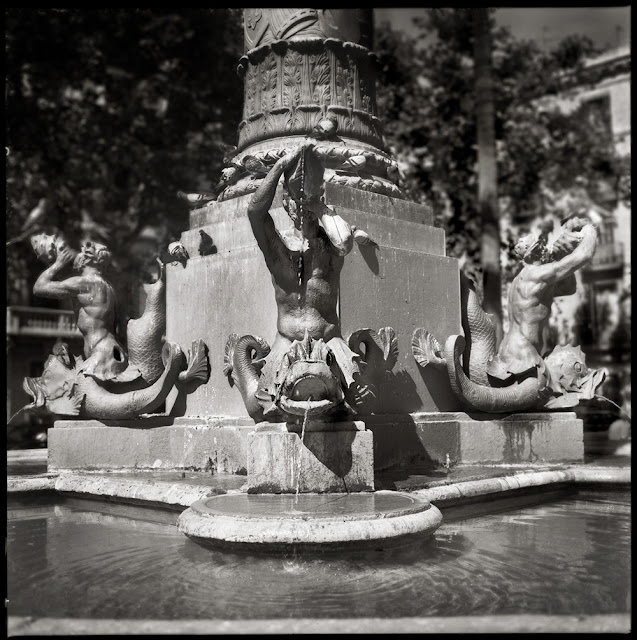 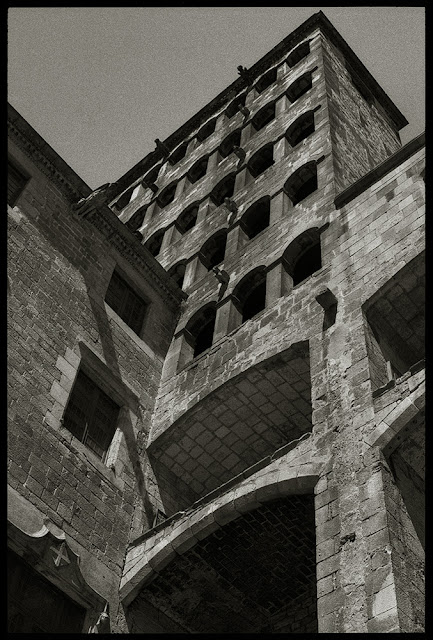 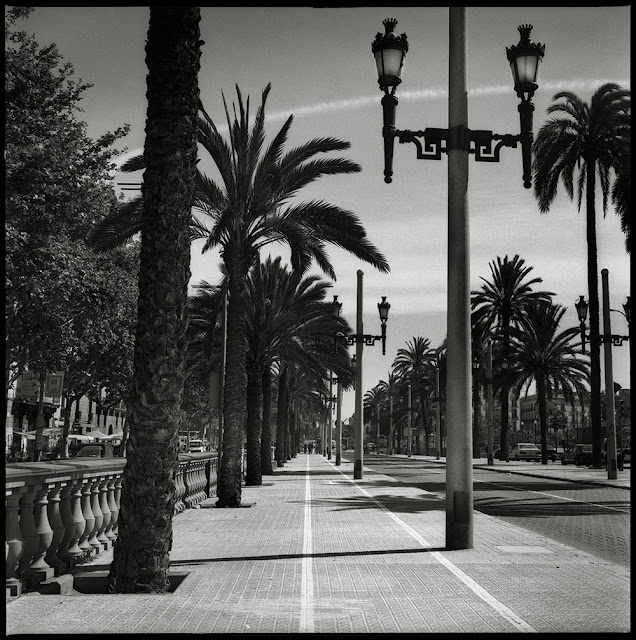 We were already living together by the time I landed at El Prat, where I was met by John Stone, an old friend of hers and a professor at the university, who'd got her the gig teaching editing to English students. He dropped me off at the little hotel where she was staying by the Plaça del Pi; I had a nap to ward off the jet lag before she came back from her class at the university, and fell asleep with the sounds of waiters clearing away lunch from the cafes in the square outside our window.

I was, to be frank, more than a little overwhelmed. I'd done a lot of reading about the city's history and architecture and re-watched a favorite film set there, but it was still dizzying to be in a place that - to my very Canadian eyes - seemed so ancient. There are plenty of places in Europe older, of course, and London is roughly the same age, but it didn't feel so antique, mostly because I'd stayed in Notting Hill when I was there. We were in the middle of the Gothic Quarter for much of our time in Barcelona, and I was transfixed by the churches, the weathered stone and the tiny, medieval streets.

When K was off teaching classes, I'd head out with my cameras and wander. I was always caught short when I turned a corner into a tiny square with an elaborate fountain in the centre, or a stretch of harbourside road laid out in the city's prosperous days in the late 19th century. There was nothing like this at home, and I was in full bumpkin mode, snapping photos just to try and remember what I had seen. 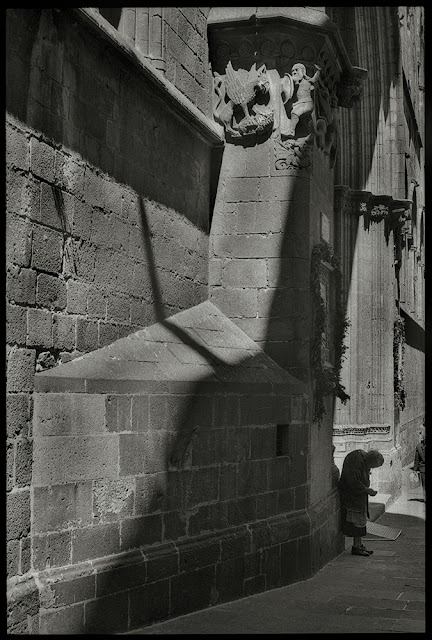 I was very much a tourist, and it felt like a luxury. We didn't leave the city once during the nearly two weeks I stayed there with K, and barely left the Gothic Quarter, the Rambla or El Raval, where John and his wife Rosa lived. We spent hours in the Boqueria, the old city market, and made just one quick jaunt up to Gaudi's Sagrada Familia, but for some reason I didn't take a single frame. There was so much to see, and I still don't feel like we scratched the surface.

It was a trip I still remember fondly, and K and I keep promising each other we'll return one day. It left me with an urge to travel that I'd never had before and still haven't been able to shake. As for the photos - they're OK. If they seem like random snapshots taken in a daze, it's because they were. One day maybe I'll get a chance to take better ones.