THERE ARE FEW PHOTOGRAPHERS THAT I'D GET ON A PLANE TO SEE. Irving Penn and Chris Buck are the only two I can think of right now, so last week I took a quick trip to New York City to see the Irving Penn Centennial show at the Metropolitan Museum of Art with my old friend Chris Buck.

It was a pilgrimage - a follow up to the one Chris and I made just after he moved to New York, over twenty-five years ago, to gaze upon the door of the still-living-and-working Penn's studio. Appropriate to a pilgrimage there was a reliquary - Penn's Rolleiflex, on display in a glass vitrine - and a shroud of sorts in the shape of one of Penn's studio backdrops, helpfully available for Instagram and selfies. 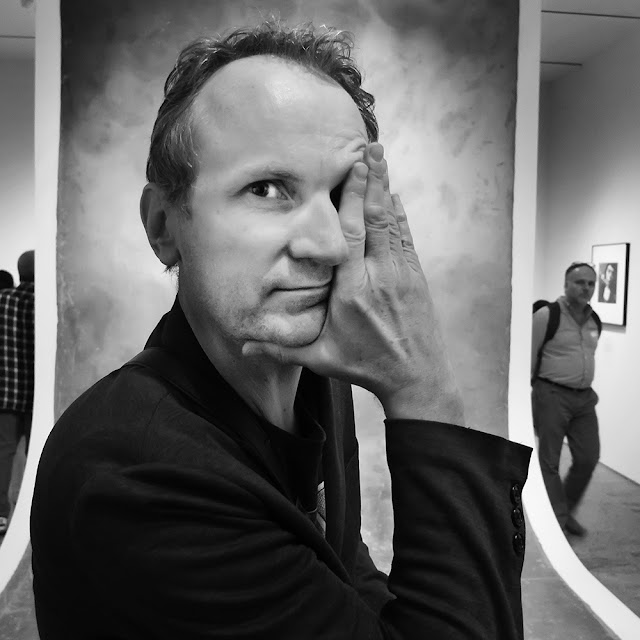 It was the most purposeful trip I've ever taken to New York; my only objectives were the Penn show and an extended hang with Chris in his adopted hometown. So no shopping, no business, and no visits to any of the attractions I still haven't seen yet for some reason, like the High Line, the Cloisters or the WTC Memorial.

It was a good thing that I'd set aside time for two visits to the Penn show, because I learned that my old friend Chris takes gallery shows at a gallop and does a running commentary while he does. The Penn show was crowded, so our visit there together ended up being like a scene from a French film where subtitles rattle past like a news crawl. No matter - I'd have the next day to take in Penn at my leisure. 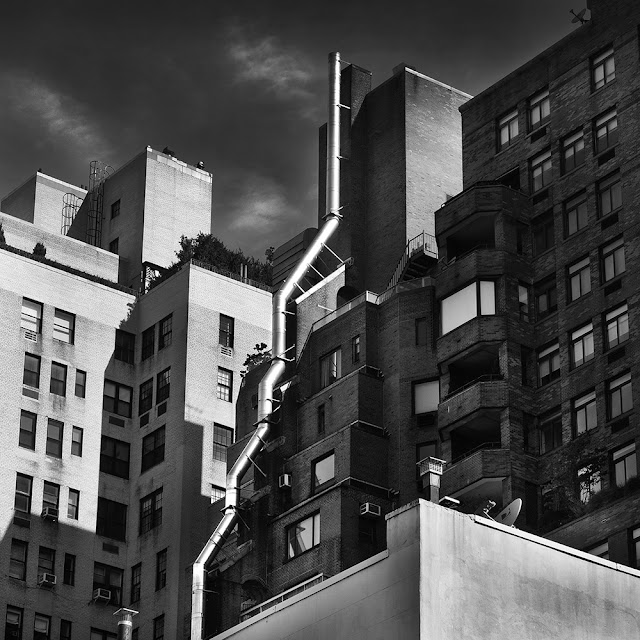 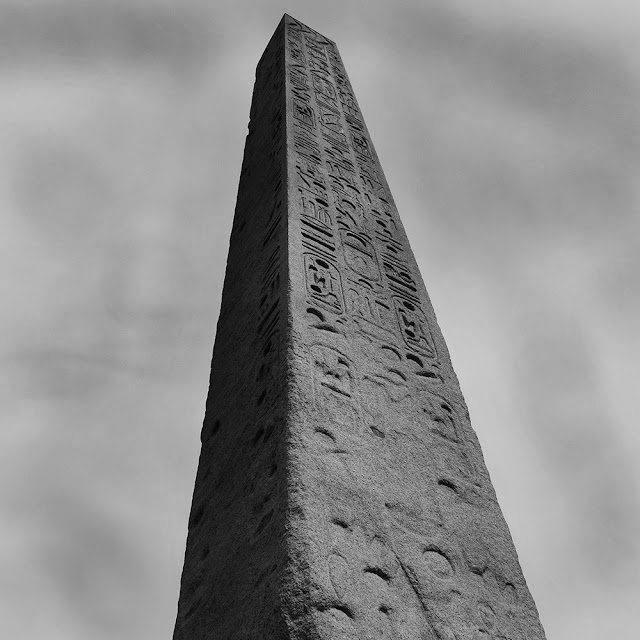 In the song "Venus de Milo," Tom Verlaine of Television (one of my favorite NYC bands) sang "Broadway looks so medieval." I wasn't near Broadway for this trip, but Central Park and the neighbourhood around the Met certainly looked medieval on the morning I went back to see the Penn show.

The Met was quiet when I arrived, the Penn show almost deserted. I took out my camera and set about one of my favorite camera pastimes lately - shooting people as they look at art. As an aside, New Yorkers - and people visiting New York - are for some reason less self-conscious when a camera is pointed at them than Torontonians, who require more stealth to capture unawares. Also, the Met is a bloody fantastic museum. 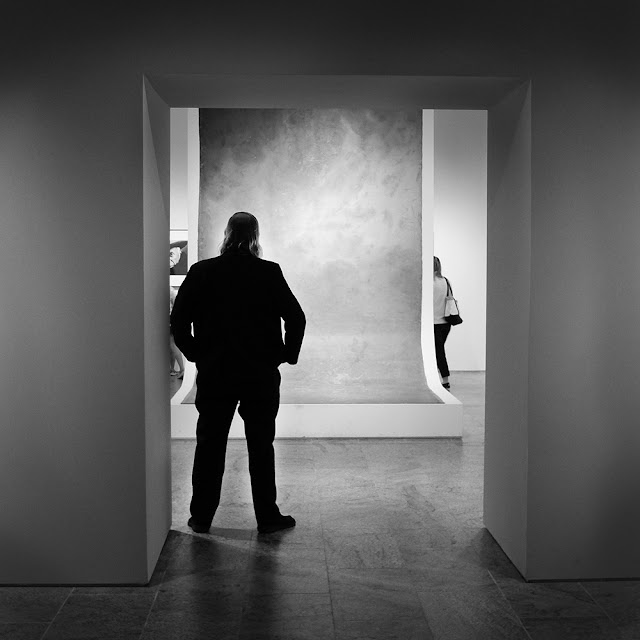 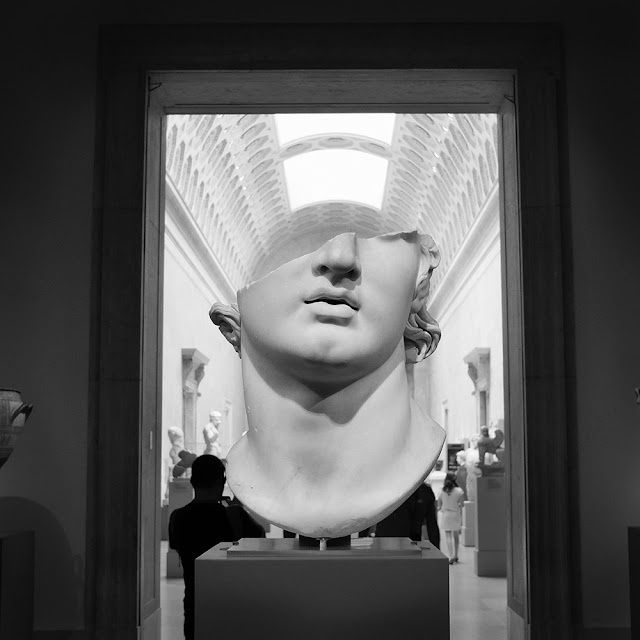 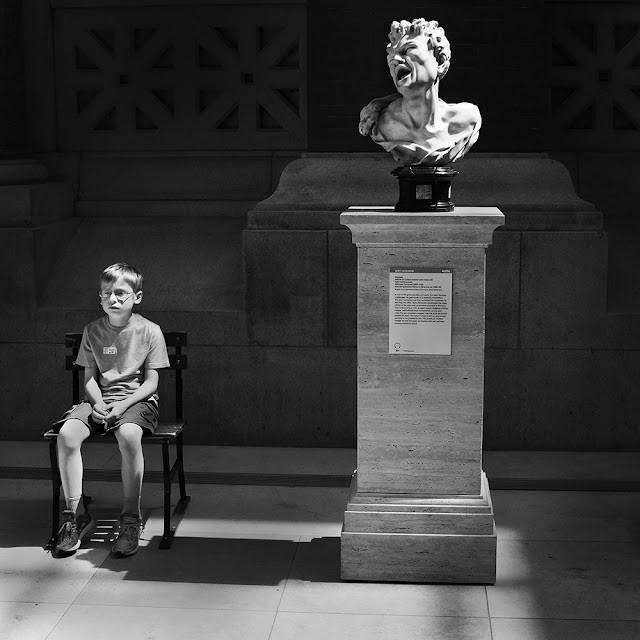 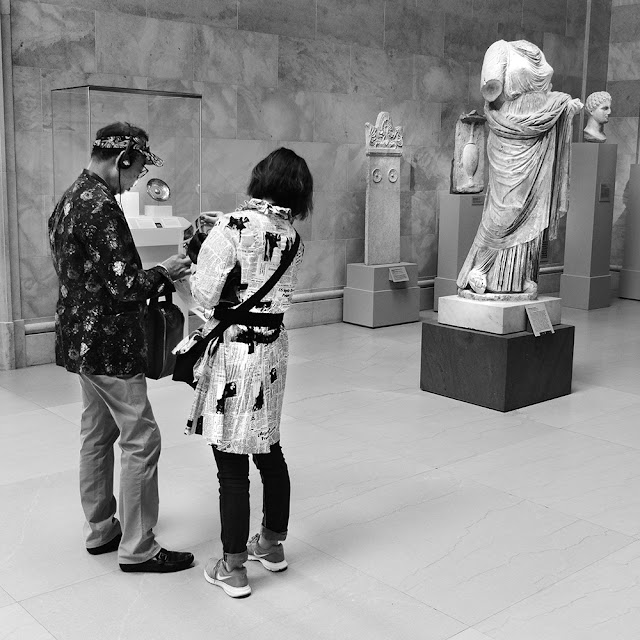 Posted by rick mcginnis at 7:12 AM