I LOVE CARS ALMOST AS MUCH AS I LOVE PHOTOGRAPHY. Which is why the auto show and the annual IndyCar weekend here in Toronto are probably the highlights of my year, the way the film festival once was. The Honda Indy rolled through town this weekend, a month earlier than usual, and for the fourth year I was able to snag accreditation and spend three days in the sun and rain with my cameras, stalking the edge of the track with my earplugs.

It's mostly a technical challenge, about capturing action and framing shots on the fly, trying to get some sense of the speed, the weather and the human element tucked somewhere inside the machines. Learning to shoot motorsport presented a steep learning curve, but this was the first year when I felt I could get up to speed fast and reach a plateau of competence, and maybe set myself a further technical challenge.


The challenge I set myself this year was "car panning" - those shots that inevitably get run on double truck spreads and posters, where the car is relatively sharp and centred and the background and foreground are a horizontal blur. It's a motorsport photography cliche, but I wanted to see if I could pull it off this year.

The challenge at the Toronto Indy circuit is that there are no long unobstructed straights where you're level with the cars as they speed past. The closest you get is the front start/finish straight running down to the Princes Gates, which is planted with a line of trees. As you pan your camera, trying to hold the car stationary in the middle of the frame, you hope that one of the shots in the high speed burst you're firing will catch the car between the trees and the poles of the catch fence.

This shot isn't perfect, but it's as good as the circumstances allow, and I'm pretty pleased with it considering; it'll be nice, one day, to find myself in an ideal spot, on a track with a clear view of a straight. One day, maybe. 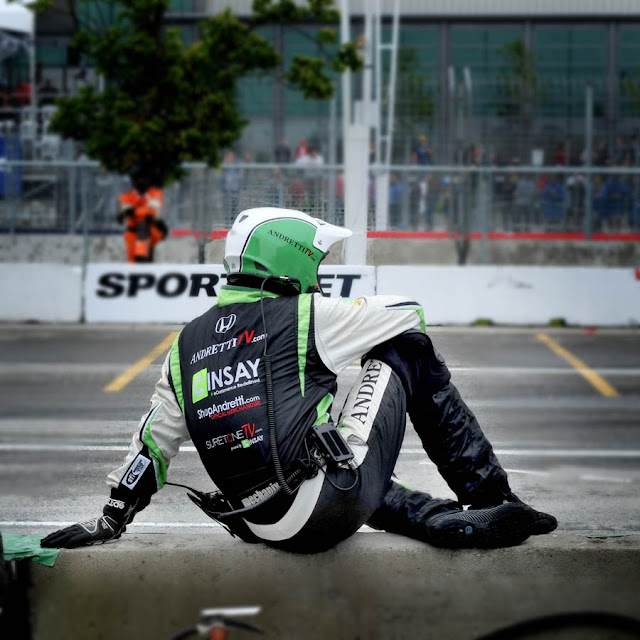 I set myself another challenge this year - an Instagram series shot with my new X-30, provisionally titled "Behind the Fence" and featuring the sorts of things you see when you have an all access pass and a photo vest. 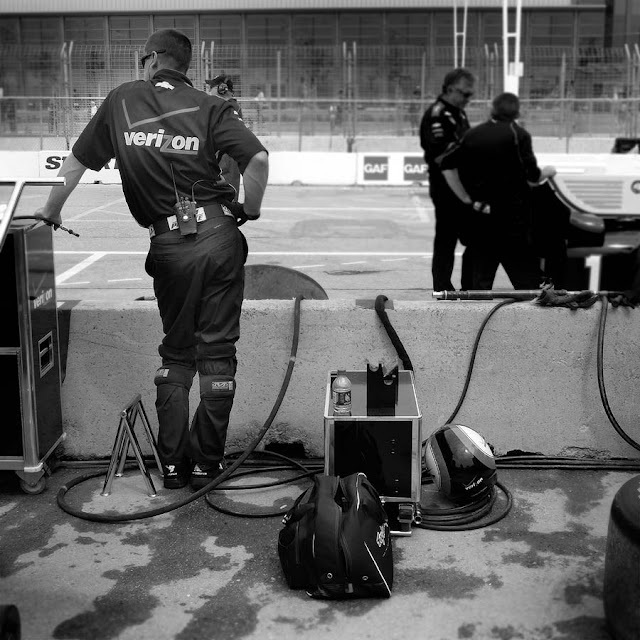 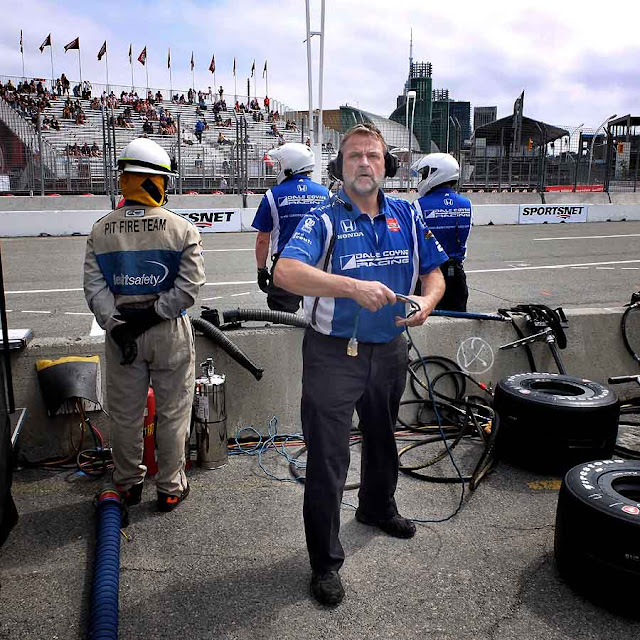 Call it street photography, where the street is one where the cars can hit 200mph and occasionally flip over or hit each other. It's also the sort of place where there are literally dozens of professionals and hundreds of amateurs walking around with cameras; it's an environment where almost anyone expects to be in someone's frame at some point, which makes them relaxed in a way the average pedestrians aren't anymore. 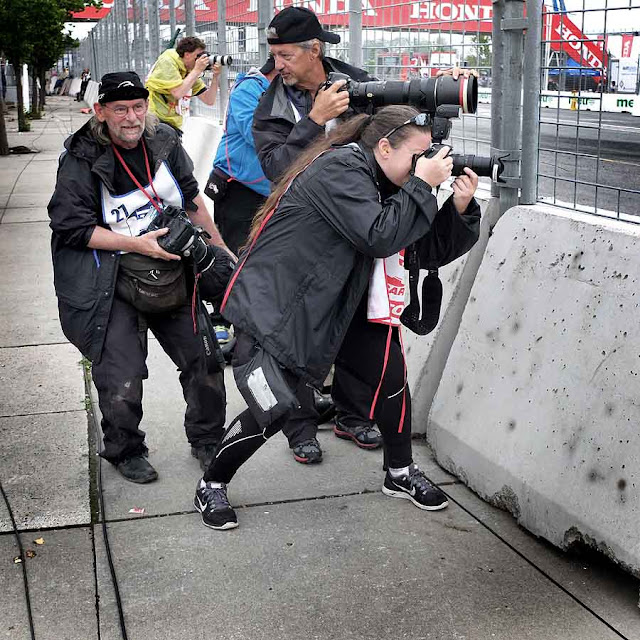 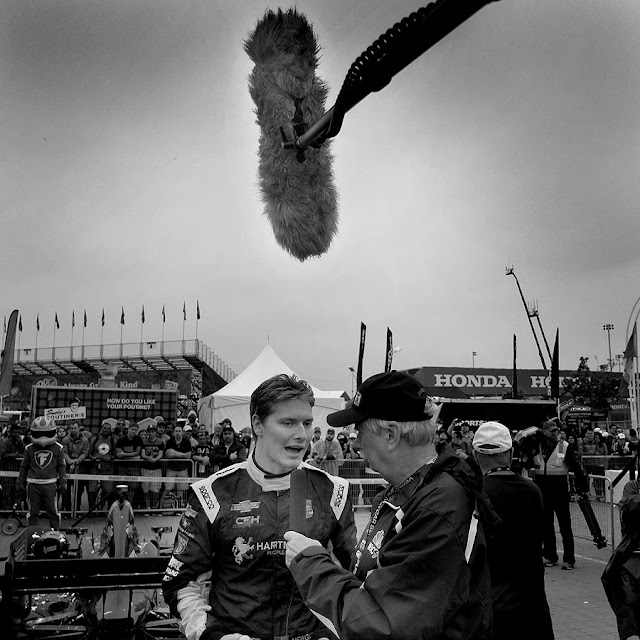 I set the X-30 to work as a compact Rolleiflex, with a 1:1 frame and the sensor set to either ape black and white film with a yellow filter or nice, bright Velviachrome. It let me work much more in my comfort zone as a photographer, which kept my shooting morale up while I worried about what my DSLR was capturing all weekend.

It also let me dip a toe into Instagram as a publishing and promotion platform - one that (so I'm told) is where you'll find the kids who source and buy photos for magazines, books and websites. My Instagram feed is here, if you're curious, and the series can be found by searching it using the hashtags #indyTO, #behindthefence and #indycar. Let's see what happens with this sort of thing, shall we?