SOHO DOESN'T LOOK LIKE THIS ANY MORE. They've pulled up the asphalt to reveal the cobblestones and the ground level retail has gotten a lot pricier; there's a Balenciaga store just a block or two south of where I shot this in 1989, just a few months before the Berlin Wall fell. Needless to say, the real estate is worth a lot more now than it was when I took this photo.

In early fall of 1989 my friend Jane Bunnett recorded her second album in New York City - a set of duets with pianist Don Pullen. Jane asked me to take the photos and I upped the ante by asking her if I could come up with the design concept for the record, which was being put out by a small, non-profit CD-only label in California. 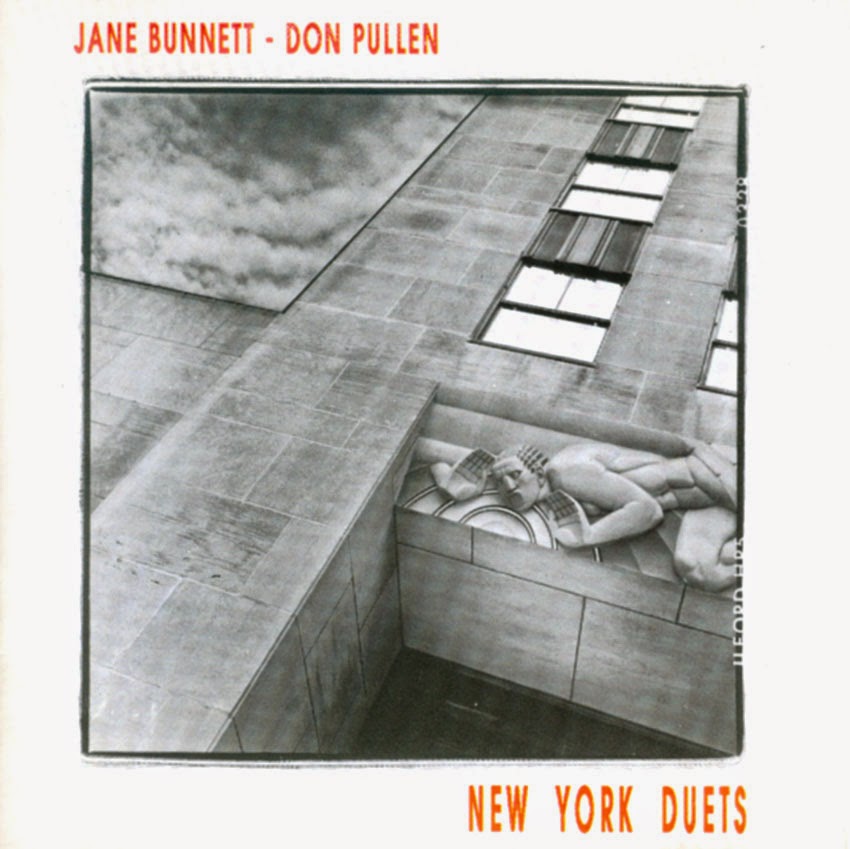 The result was fairly primitive - a relic of the Macintosh II era of digital design. The cover photo, shot in Rockefeller Center, was a great example of what photographers did before Photoshop; the sky in the top left corner was blown out on the original negative, but I was able to burn it down in the darkroom with a couple of pieces of cardboard as a mask. Printed with the rebate on a filed-out negative carrier, it's the artifact I'd pull from my files if asked to show what analog photography looked like.

By the late summer of 1989 my girlfriend had moved to Manhattan on a scholarship to study film at NYU, and thanks to a bit of money I'd inherited I was able to afford to visit her regularly. On my first trip down after helping her move into her West Village shared apartment, I brought along my Rolleiflex and set to work trying to get a cover image for Jane's record.


I was desperate to get a single image that said "Manhattan" without a shot of the Chrysler or Empire State buildings, Times Square or the arch in Washington Square Park. What I did shoot was probably what nearly any non-New Yorker set loose with a camera in the city will produce - a lot of photos rubbernecking up at the forest of skyscrapers.

I had been here before, and like that time, the reason was a girl. In the intervening four years, though, I'd become a better photographer, but what those years hadn't given me was the sort of experience that helps you make original decisions, so it's not surprising that my New York photos from the late summer of 1989 work better as graphics than photographs.


This is probably the only exception. On my way up from Soho to Rockefeller Center I came across these men playing cards at one of the chess tables in the southwest corner of Washington Square Park. I circled around them with Rollei and they didn't take much notice of me; I'm not sure if it's true any more, but the marvel of taking photos on the street in New York City was how blithely you'd be ignored, as if the city was after all just a big stage set and being documented was part of your daily routine.

I imagine that there are still men playing cards at the chess tables in Washington Square Park, but a quarter century later I doubt if most of these men would still be found there. Some are dead, I'm sure, and some have moved on, perhaps away from the Village and even Manhattan as the cost of living on the island has gotten so steep.

These are men at leisure in a New York that has ceased to exist. Some are retired, some are unemployed, and all of them are probably enjoying that fine summer day thanks to rent control. What I do know is that you probably couldn't re-create this photo today without someone to take care of wardrobe and hair. It's a bit of a shock when your photos alchemically transform from leftover work into historical records.


The shot of the cable snaking along the stone paving at the base of a midtown office block could probably have been taken in any big city, which is probably why it's the most timeless frame from the shoot - and the one take out of contention first for the cover shot. A New York photographer wandering about the city with their camera would probably gravitate toward something this abstract, but that wasn't my job - at least how I'd assigned it to myself.

A neighbouring frame of the graffiti shot ended up on the back of the CD booklet. I'm not the sort of person who thinks graffiti and tagging is a sign of a city in full civic health, but as a photographer I can appreciate the texture and graphic zip they add to a shot.

The odd thing is that even this graffiti seems dated - the syntax and vocabulary of the medium (I'm still loathe to call it an art form) has moved on, and to a connoisseur's eye this would be New York graffiti in its classical period. Even in black and white I'm reminded that New York especially and the world in general was a lot more colourful and graphically adventurous in the '80s; whole stretches of the Manhattan streetscape looked like a Basquiat painting.


I have an awful lot of frames of fire escapes. It's not that Toronto doesn't have them, but New York made them an architectural feature; they've been stripped from some of the tenements they once adorned in the last decade or two, and the buildings always seem unfinished without them, a century after they were built. They're quintessentially New York to me, but I never got that definitive shot that would have delivered an undeniable cover shot.

I finally ended up in Rockefeller Center, where I found the image I ended up using for the cover of Jane's record. For budget reasons we had to discard the option of a colour cover, but I imagine the shot above would have served just as nicely as the one we used.

A number of artists designed the deco flourishes that make the GE building and its neighbours a masterpiece - the one above is Lee Oskar Lawrie's "Light" - but using art deco as a shorthand for jazz is a bit of a cliche. It was a useful one for me, though, as I tried to create what would be my first album cover, and a major milestone in my career.