FRANC RODDAM WAS AT THE FILM FESTIVAL WITH A NEW MOVIE, and I wish I'd cared about it when I took this portrait but to be frank (no pun intended) I only really cared about one film he'd directed, almost a decade previous. And even though I don't remember much - if anything - about this shoot, I'm pretty sure that during the whole five to ten minutes I might have been in the hotel room with him, I never told him how much I liked Quadrophenia.

I was a teenage mod. Well, only for about eight months, but that was enough time to get a parka and a pair of desert boots, see the Specials in an old ballroom on the lakeshore, and stand up with another mod friend after a matinee showing of Quadrophenia at the old Varsity theatres just after it was released and hear people mutter and tsk-tsk when they saw the Union Jacks on the backs of our German army surplus parkas.

"Didn't they learn anything from the movie?" I heard one woman exclaim to her friend.

My mod period was brief, preceded as it was by a punk period (long hair shorn away, Salvation Army clothes, pegged jeans, bowling shoes, buttons for bands like the Clash and Devo) and followed by a Teddy Boy/Zoot Suit phase that lasted through the remainder of high school, begun after I discovered rockabilly and the Benny Goodman small group records that got played in one Queen Street vintage shop I hung around.


I sold my parka to a friend in school and watched as an explosion of mods - on actual scooters! - showed up on the streets of Toronto. From what I hear some of them are still there.

It was more fun being the only mod at St. Mike's - definitely the only mod in Mount Dennis - and in any case I did learn from watching Roddam's film version of the Who's 1973 concept album that crowds made me wary and mobs were to be avoided. I liked the music and the clothes, to be sure, but British youth subcultures export very poorly, and Roddam's Quadrophenia taught me that dingy council houses, sunless skies and a bitterly conformist culture screwed down by class divisions was probably the sort of thing my grandparents were lucky to leave behind when they emigrated from Birkenhead and Lanarkshire.

Quadrophenia remains my favorite Who album if you don't count greatest hits packages like Meaty Beaty Big and Bouncy, but I've always found it irritating that Pete Townshend felt a need to use a ponderous, trumped-up pseudo-psychiatric term to describe Jimmy's very (to me) normal teenaged confusion and hormonal chaos. 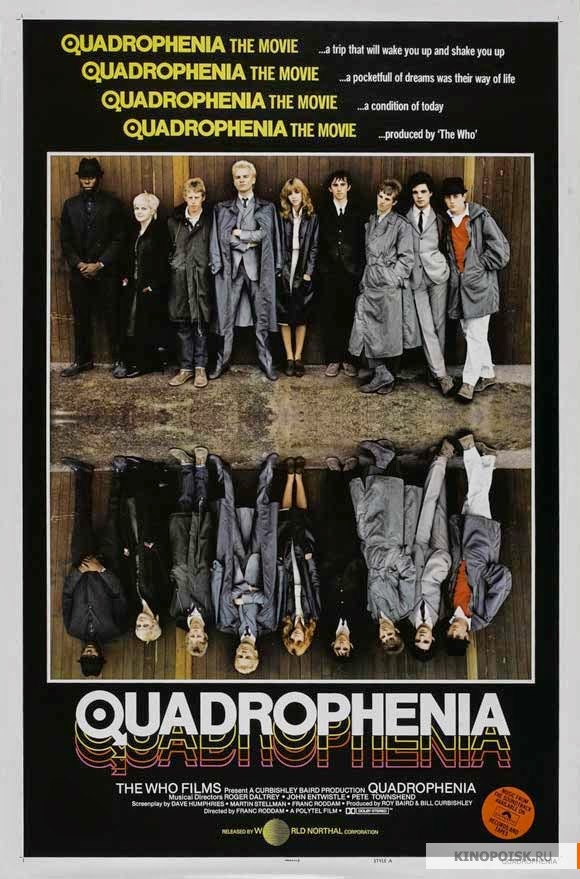 What I loved about the film - and it too me years and several viewings to realize this - was the way it let Phil Daniels' Jimmy find a way out; as everyone involved with the film insists, that is him walking away from the wrecked scooter at the bottom of the cliffs at Beachy Head in the first shot of the film, finally letting go of the dubious comfort of the crowd. I still love Small Faces records and Ben Sherman polos today, but Roddam's film becomes a bit of a zombie movie as soon as Jimmy and his friends start chanting "We are the mods!' on the Brighton promenade.

I would have loved to talk to Roddam about all of this, but he was in Toronto to promote War Party, and in any case I'm sure he was tired of Quadrophenia even then, barely ten years after it came out. He's more relaxed about the cult status of his first feature film now, but then he's made all that money off of Masterchef, hasn't he?

A merely OK portrait, and a bitch to print thanks to seemingly embedded dust and a very messy grain structure in the shadows that required hours of spotting in Photoshop.