LET'S TAKE ANOTHER DIP INTO THE MARBLE BOX and see what we come up with. For anyone confused about this feature of the blog, read this. 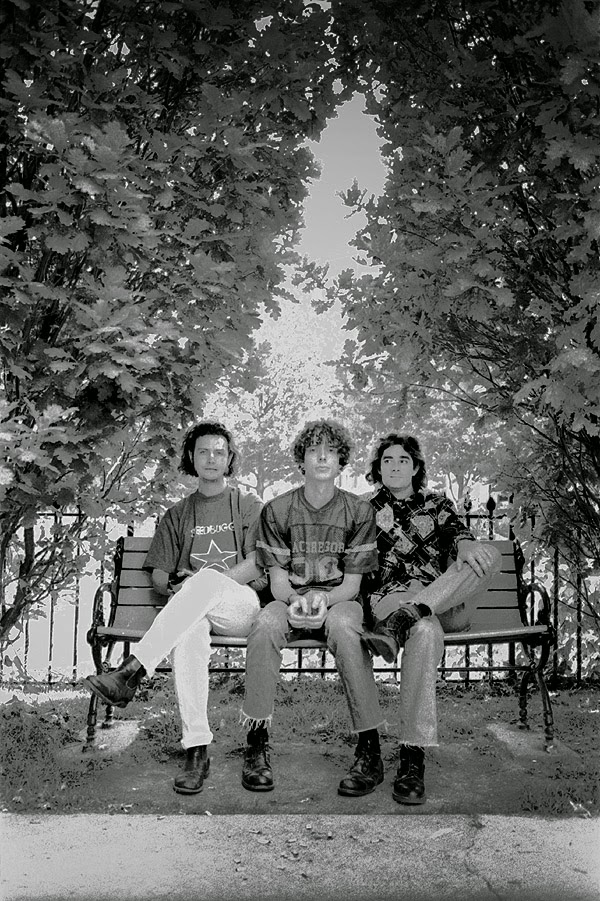 They aren't mugging enough to the camera to be actors, so they have to be a band. But who? That's probably the front man in the middle, and his hair rings a bell. I was going to say it's a Vancouver band called the Grapes of Wrath, but a cursory Googling tells me that this was the three-piece edition that performed as Ginger when a founding member left and the band's name was stuck in legal limbo.

A glance through the big ledger book tells me that I shot Ginger in August of 1994, when they released a record called Far Out. As I write this, there are three used copies of Far Out available on amazon.ca for less than a buck.