I HAVE WANTED TO RIDE AN ONTARIO NORTHLAND TRAIN FOR YEARS. Back when I was a single man I'd pass through Union Station and see the ticket booth and announcement board for Ontario Northland and dream about just buying a ticket and riding to the end of the line - North Bay or Cochrane. They discontinued the Northlander from Toronto five years ago, and I thought that dream had gone with it.

This year, though, my editor at the Star decided that, since I was already doing the Rocky Mountaineer and the Agawa Canyon tourist trains, I might as well go for a hat trick and take the Polar Bear Express from Cochrane to Moosonee, which Ontario Northland still runs five days a week, six in the summer. My most Canadian summer ever just got even better. 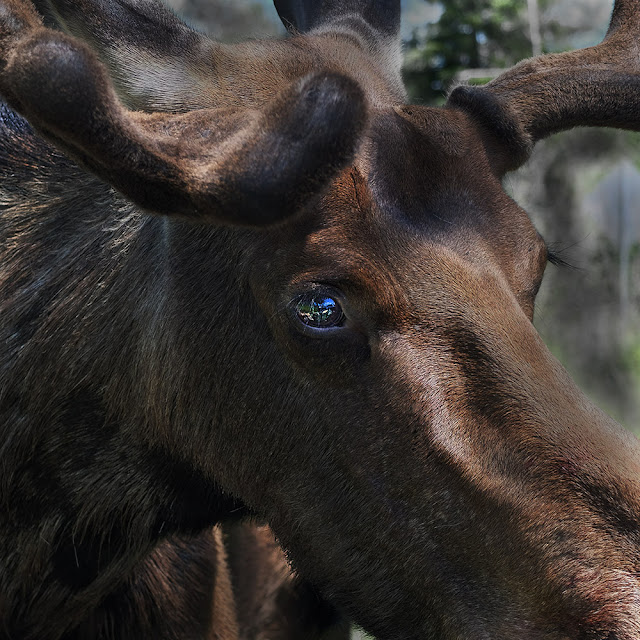 I flew into Timmins and did a quick detour to the Cedar Meadows Resort just outside town, where owner Richard Lafleur keeps an animal sanctuary full of deer, elk, bison and moose. I ended up getting closer to a moose than I ever thought possible, but only after warily taking photos of the two pair of swans that Richard keeps in his ponds, including a male Whooper Swan whose favorite trick is to feign a broken neck so he can get you into biting distance. Swans are angry, belligerent birds.

I spent the night at the Station Inn in Cochrane, my room overlooking the railyard and the track where I'd get on the Polar Bear Express the next morning. After dinner, I wandered with my camera around the railyard in the long northern dusk, waiting an eternity for the sun to finally dip behind the horizon.


I arrived at Moosonee the next day, walked through town to the water taxi docks and got a ride across to Moose Factory. I was booked into the Cree Village Eco Lodge on the west side of the island, where I doused myself in bug spray to keep the mosquitoes and deer flies away and headed out to the far shore, where the Hudson Bay Company set up a trading post in the 17th century - the first English settlement in the province, built to attract the fur trade away from the French to the south and east.

The overgrown cemetery where the families of company men were buried (most of them retired to England, leaving their native families behind) was just by the 19th century staff house, now a museum. It was hard to believe that this was where English Canada effectively began, on Cree territory, hundreds of miles from the big cities that grew up around the Great Lakes to the south. It felt as precarious now as it probably did three hundred and fifty years ago.


The next day I hired local guide and Cree elder George Small to take me out to James Bay in his boat. It felt like something I needed to see, even though open ocean is probably one of the most terrifying things I can imagine. We motored up the Moose River past Ship Sands Island to where the river opens up into the Bay. George's son Trevor cut the motor and we drifted for a few minutes on the thin membrane between sky and sea. It felt awesome and ominous and I was happy when we were headed back to shore.

I rode up front for the first part of the trip back to Cochrane, stepping out onto the front of the engine when we crossed the trestle bridge over the Moose. I'd wanted to ride with the engineers on my other train trips, but Ontario Northland is obviously a bit more relaxed than most railways. On the way home I tried to catch glimpses of the scenery through an open train window - muskeg and beaver ponds and trees and sky, a landscape that is, to me at least, more quintessentially Canadian than anything I can imagine. 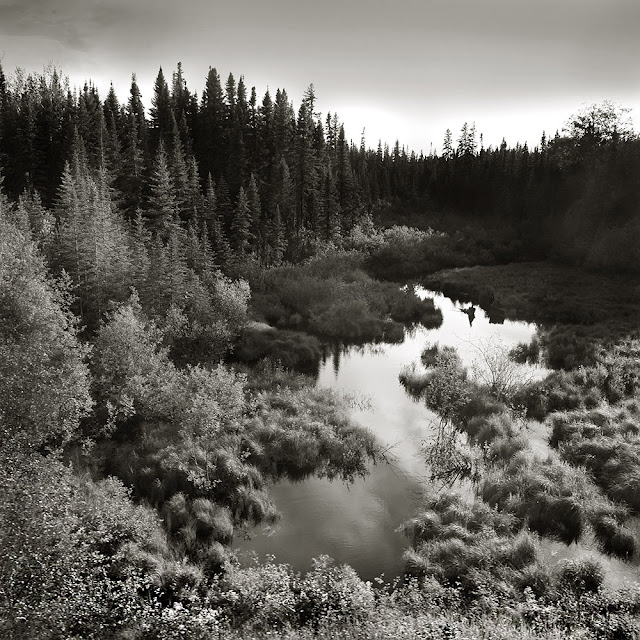