THERE WAS A TIME WHEN I DID MY BEST WORK at the Toronto International Film Festival. And even if it wasn't strictly my best work, it was when I collected the lion's share of my most well-known subjects - the actors and directors who passed through town promoting their movies at the little film festival with the ambitious name (the Festival of Festivals, as it was once called) that managed to live up to its ambitions.

Since I barely do any celebrity portrait work at all any more, I decided last year to see if I was still up to the hurlyburly of film fest shooting, nearly a decade after I'd shot my last fest. This year, my friend Andrew Powell of The Gate upped his game and took possession of a suite at the Hotel Intercontinental downtown - the de facto festival hotel - to conduct interviews and attract celebs with a hospitality suite, complete with gift bags and rescue dogs.

Generously, he asked me if I wanted to set up my portable photo studio on site, to capture his interview subjects as they passed through the suite. I'd been wanting to do this for years, ever since the first photo suite showed up at the film festival over fifteen years ago. I'd always envied the photographers who worked those suites the luxury of having their subjects come to them, to a stable lighting set-up with at least a bit of technical control.

Of course I said yes.

Actors tend to be generally striking people, so the easiest part of the job was shooting the actresses who passed through the suite, already made up and dressed for the camera, and prepared to present their best face. In these situations, it's gratifying that your subject is meeting you more than halfway; the worst part is that you're never far from producing little more than a nice headshot. Since these shoots rarely last more than a couple of minutes, you're banking on their own impatience with looking merely pretty, reacting with whatever nudge you can provide towards a result that transcends a simple record of youth and/or beauty. 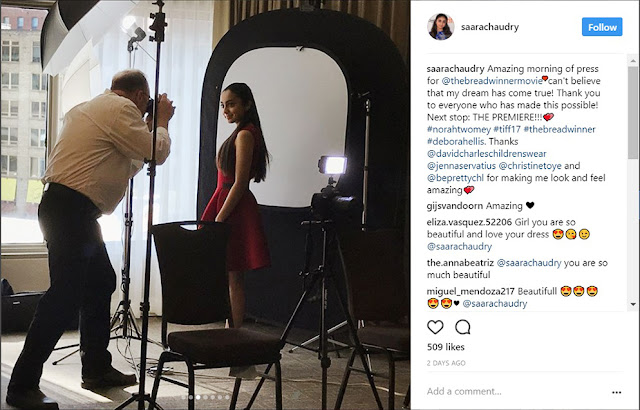 One thing that has changed since my festival shooting heyday is social media, and the likelihood that you won't be the only camera in the room. Andrew and I both kept up a running feed across the usual outlets, but it was my oldest daughter who pointed out that one of my subjects had posted a picture of me at work on Instagram.

If there's a drawback to posting the highlights of my shoots online, it was when one subject was displeased with her portrait, and requested through her film's publicists that it be taken down. I won't say who it was, but I remember that at the session she was quite unexpectedly intense, staring down my camera, and that I responded by editing an image that was perhaps a little less flattering than dramatic. It was a risk, I knew it, and it turned out to be one that didn't pay off. I've put up a more subdued shot of that actress here; I'll let you guess who it might have been.

The biggest challenge of a portrait marathon like this - besides maintaining your stamina and inspiration - is eliciting a performance from your subject. While most people involved - publicsts, agents, the subject themselves - would be satisfied with a merely flattering portrait, I always try to provoke something a bit more interesting by either catching a gesture or movement that's potentially arresting, or encouraging my subject to act a little for my camera.

This is presumably easy enough when you're dealing with an actor, though not necessarily - some actors don't consider themselves "on the clock" when they're sitting for media photographers. I did manage to coach some of my sitters through a performance during the six days of shooting this year, but one of my favorite moments - Swiss-Algerian director Karim Sayad - was captured in a single, errant frame, a shot that hints at a little reverie, enhanced by picking out the highlight from the window light on the side of his face.

Beauty is lovely but every photographer prefers working with a really great face, full of character and hinting at a subject who's willing to let a bit of their mental life show in their eyes. (And if they don't, they should.) With over forty subjects to work with, I could count on at least a few of these faces, one of which was my old friend Alan Zweig.

I was particularly impressed by Justine Bateman, an actress whose white hot moment of fame happened when I wasn't really paying much attention, back in the days when I didn't own a television. We talked about how she got her single engine pilot's license out of the rather challenging airspace around Santa Monica airport. She was nice. 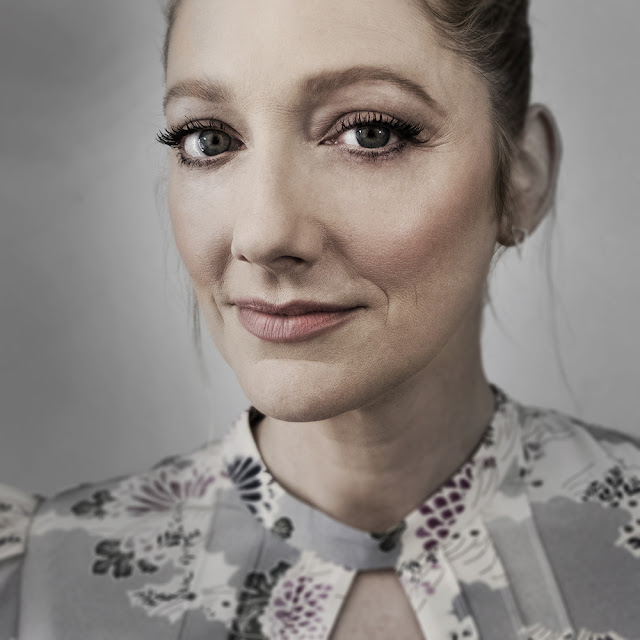 For most people in the city, the film festival is when celebrities come to town, and while access to the biggest stars has become increasingly rare for photographers of my status, it's nice to get a name for a subject, especially when they're someone whose work you admire. Judy Greer is a longtime favorite of mine, one of those actors whose appearance in the credits promises to make a dull film watchable while they're onscreen. 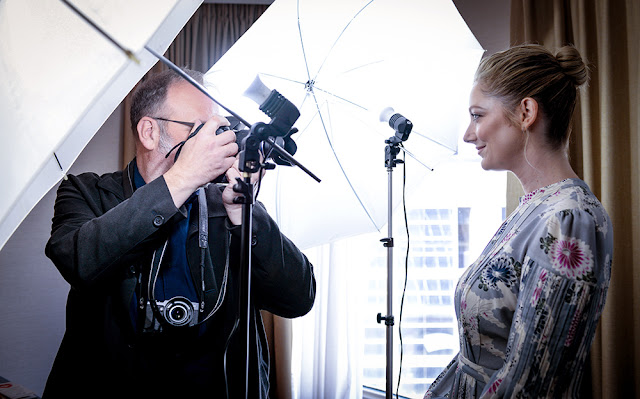 She showed up with a few more people than most subjects, and therefore I had to work with a bit more of an audience in the room than the rest of the weekend. It can be distracting - conversations and running commentary will be going on while I shoot; it's hard to take control of the sitting when this happens, and at one point I remember Greer saying "I'm sort of freaked out by how close you are when you shoot!"

It's a fair comment; I do get in fairly tight when I shoot, and perhaps I wouldn't do it as much if I had ten or even five minutes on average to get a shot. But when you only have a minute or two, I've learned that invading the personal space of a subject is at least one way to break down their guard and elicit some sort of reaction. At this very tentative point in my career, my whole portrait setup is based around lighting and working into this very intimate space.

Finally, Cedric the Entertainer was the first big name that Andrew mentioned as a possible subject in the weeks before the festival. He was in town with Paul Schrader's new film, and I couldn't help but try to imagine the best possible shot I could get, even while the shoot remained unconfirmed. It happened, in any case, on the last day of the festival, after we'd shut down the Gate Lounge and I was working with just my cameras, available light and a collapsible backdrop.

I've been a fan of Cedric's for years, since before the Barbershop films. Given my fondness for shooting portraits with the subject's eyes closed, I had an image in my mind of Cedric having a "moment," perhaps spiritual, perhaps even transcendent. We sat facing each other with a big window behind me in a mostly empty restaurant, and I explained that I wanted to get a bit of a performance from him.

I worked close for a few frames, then zoomed back and asked him to raise his hand over his heart. He seemed to like the direction I was asking him to go, and gave me the shot that was very nearly exactly what I'd been imagining for a week or more. It was the perfect end to the week.