LEGENDARY IS AN OVERUSED WORD, but if you love jazz or Cuban music, it applies to percussionist Candido Camero if it applies to anyone. My friends Jane Bunnett and Larry Cramer have a habit of playing with legendary musicians every now and then, so when I found out that they were bringing 95-year-old Candido to town for a show featuring a conga contest, I knew I had to pull one of the few strings I have and try to get a portrait.

Candido was the conga drummer at the Tropicana nightclub in Havana for eight years before he left for the U.S., where he played and recorded with Machito, Dizzy Gillespie, Stan Kenton and Al Cohn, among many others. At some point in the '70s he had a few disco hits, and made a record, Dancin' and Prancin', that managed to become influential on the house music scene. He's had a hell of a career, and it's not over yet. 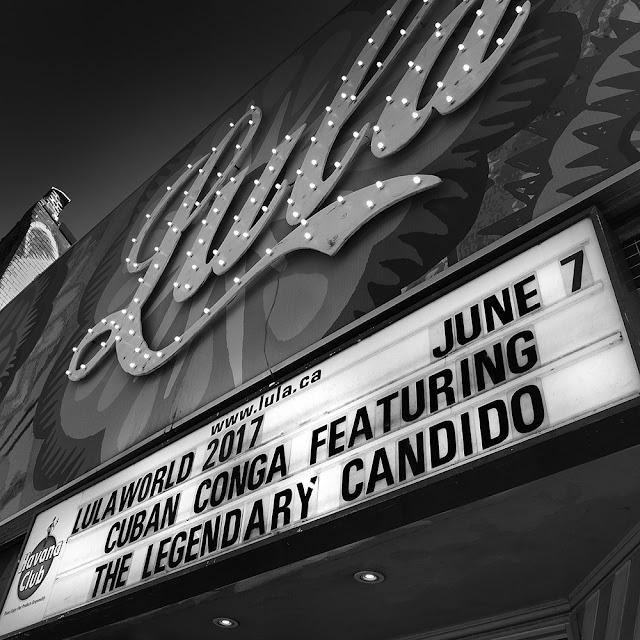 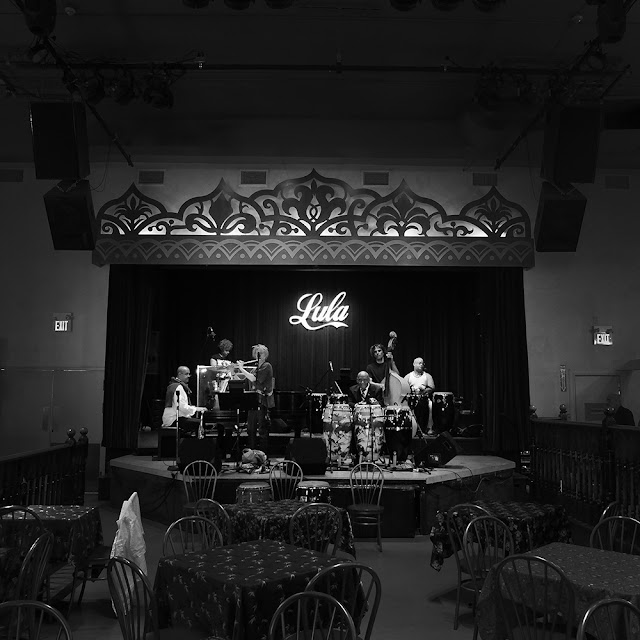 I showed up at the club for soundcheck and set up my studio in a bag in the little dining room at the front of the club. The soundcheck turned out to be a rehearsal, and I sat and listened to Candido and the band that Jane had assembled around him, which included pianist Hilario Duran, run through most of that night's numbers.

When I finally got Candido in front of my lights, I took a few simple headshots to warm both of us up. While watching him play, I was fascinated by the tape that he wrapped around his fingers - a trick many conga players use to prevent blisters and cracks on their hands. I asked him to bring his hand up to his face, hoping that the white tape and its serrated edges would add some extra visual interest, and provide a cue for anyone who knows percussionists and their ailments. 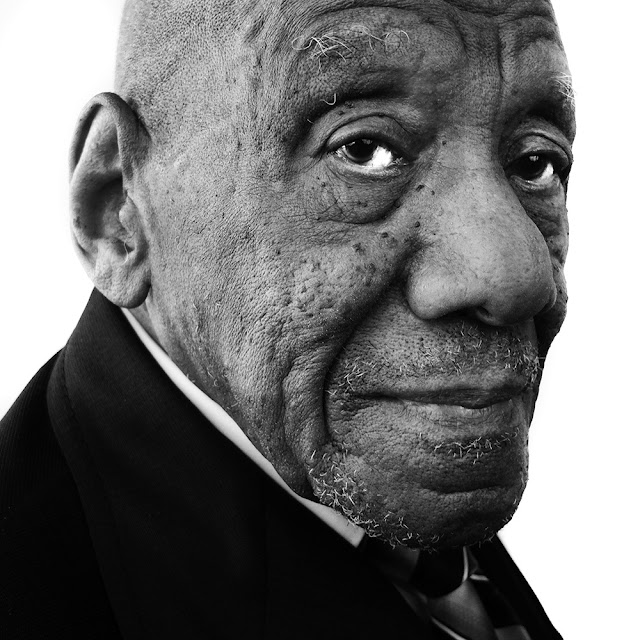 I can't imagine how many times Candido has sat for a photo during his sixty-plus year career, but he was patient and gracious with me as I asked for the tiniest adjustments to his hands in the tight composition my lighting setup demands. Past the midpoint of my own career, I treasure these rare opportunities to get someone like him to sit for a portrait.

On a whim, I'd packed one of my Rolleiflex cameras and a couple of rolls of film that day. I've been scanning old Rollei negatives for the last couple of years for this blog, but it had been well over a decade since I'd run a roll of film through one of my cameras. I put on a close-up filter to get a tighter frame and shot a roll at the end of the shoot. I'll admit that I was shocked at how rusty I felt with the camera - the focus on this frame (the easiest to print without the need to digitally clean up the background) is a bit soft, and would have been unacceptably so back when the Rollei was my main camera. It was fun to use it again, though, just for old time's sake.