THE FAMILY SPENT THE WEEKEND IN NIAGARA FALLS. Naturally I brought along my camera. Did I take any pictures of the actual Falls, Canadian or American side? No I did not. This is the closest I got.

Niagara Falls, Ontario is a strange town, the closest thing Canada has to Las Vegas, though on a much smaller scale and with only a fraction of the sleaze. The tourist area is strange enough, but I've always been drawn to the town itself, much as I'd probably end up wandering away from the hotels and into the neighbouring suburbs if I were ever in Vegas. 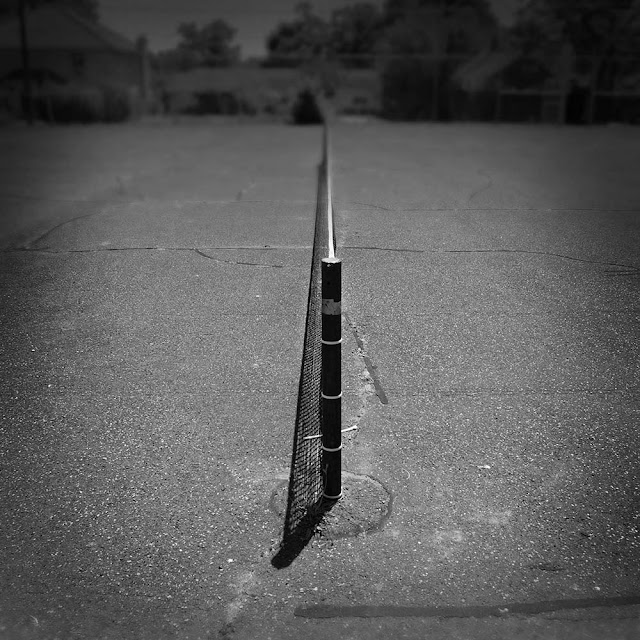 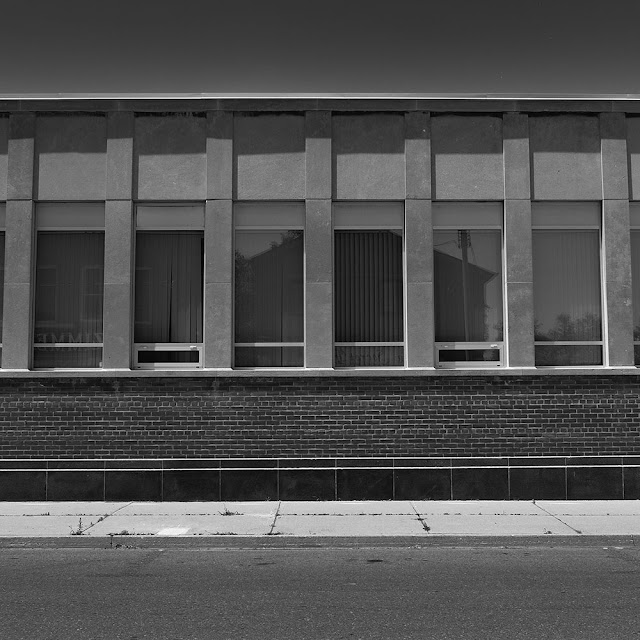 The most fascinating part of the city is the old downtown, a short drive away from the hotels and casinos, just by the train station. You only see it if you come to town by train or bus, and most people just hop in a cab before they get a chance to notice the half dozen blocks of abandoned or untenanted buildings and shops nearby.

I saw it for the first time almost a decade ago, when I was in town doing interviews for a story about casino gambling. Unfortunately my camera battery was nearly empty while I waited for my bus so I only took a handful of shots and made a mental note to get back as soon as I could.

The photos on this forum were shot around that time, and from what I saw last weekend it looks like there was a brief attempt at urban renewal since then (dangerous buildings demolished, new street signs and brick sidewalks installed, heritage photos nailed into the empty windows of an abandoned hotel) that didn't take.

I was particularly intrigued by one rather banal old building which didn't stand out as much back then when it had neighbours. It looked symmetrical from the front but lost that aspect completely when you wandered around where its rhomboid shape would once have been disguised by adjacent stores.

The sun was high and bright when I wandered around with my camera so it didn't look as melancholy as it would have under low clouds and overcast. Niagara Falls' derelict downtown is no Detroit, though - the decay is quarantined to a few blocks, and elsewhere there are malls and shopping centres and streets full of suburban homes.

I can't help but wonder what it'll look like in another decade. 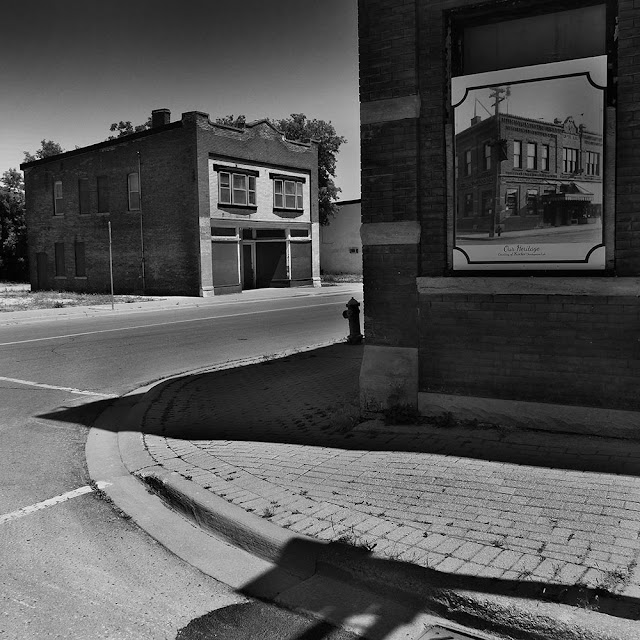 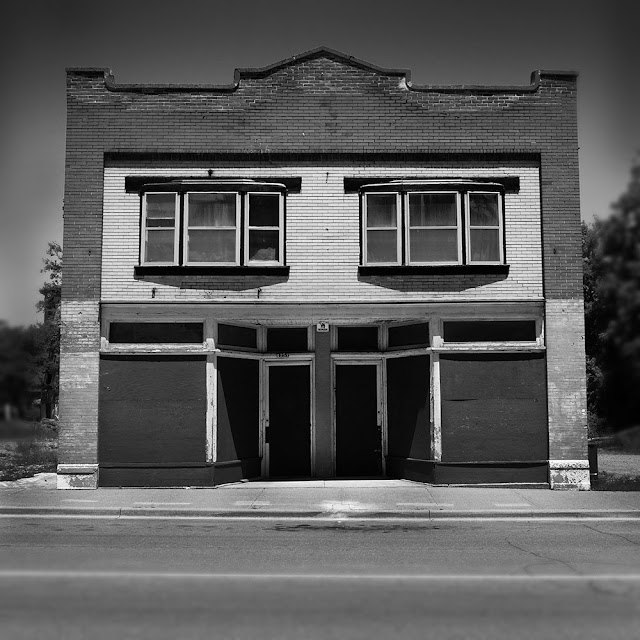 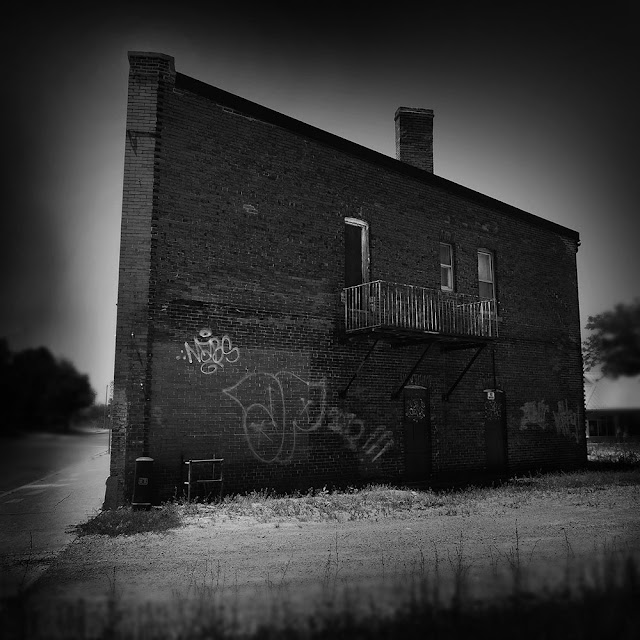