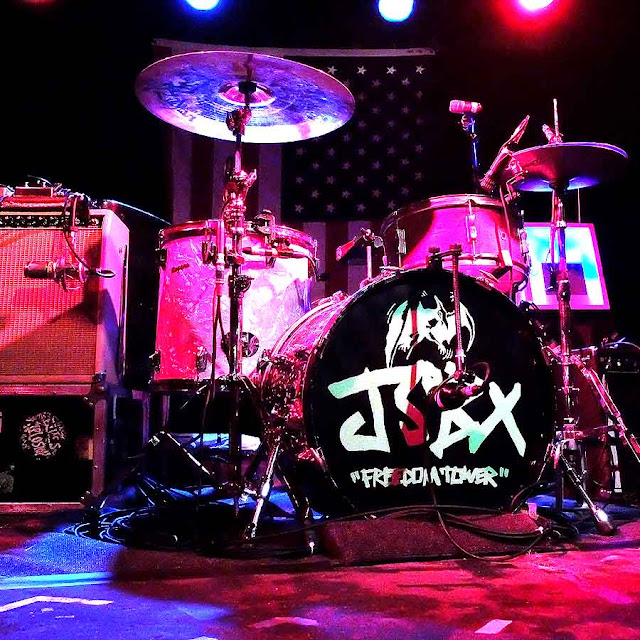 I KNOW THIS IS SUPPOSED TO BE A BLOG ABOUT MY OLD PHOTOS, but I am - at least inasmuch as I need to imagine myself as such - still a working photographer. And I know I like to complain a lot about shooting live music, which probably was about the miseries of photo pens and three-song limits and having to photograph bands I don't like. Which is why I forced myself out of the house last night, camera in hand, to see if I could rise to the challenge of shooting a band I do like.

I've written about Jon Spencer and his bands before. What I haven't written about yet is how one of those old photos of Jon and the Blues Explosion ended up on the back of their latest record. So when the JSBX announced that their tour was passing through town, I decided to make the evening a challenge: take your new camera and leave the club with at least one decent shot.


I don't remember how long it's been since I squeezed up against the front of the stage at Lee's Palace. The photos of the Red Hot Chili Peppers on the same stage that I posted earlier this week are almost thirty years old, so I have a vague idea when I first took my place, looked over the stage monitors and wondered that anyone can get a decent photo in such dim light.

There were at least a half dozen other photographers there, and we all got to work when Jon, Judah and Russell took the stage and started a breakneck set. Not long afterward I noticed that a couple of them were gesturing to each other with confused looks; one of them caught my eye then held up three fingers. It took a moment for me to realize that he was asking if three songs had already been played, and whether they had to leave. 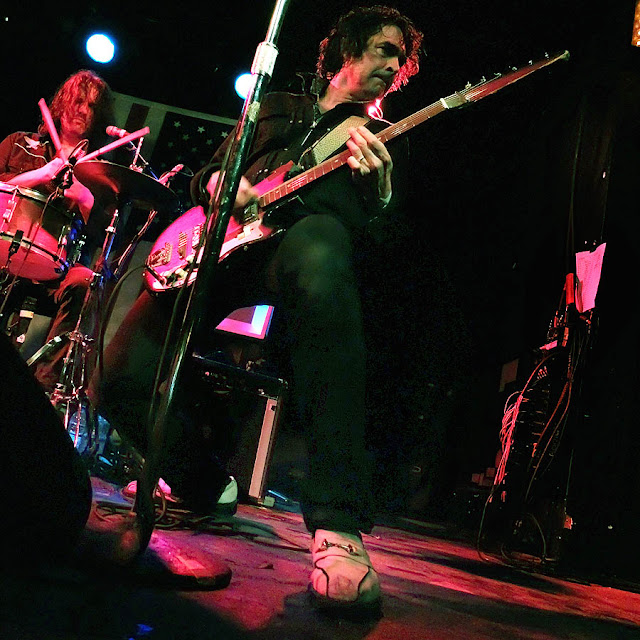 Let's be clear about it: I wouldn't have bothered bringing my camera along last night if I only had three songs to work with. I guessed that Jon didn't do that sort of bullshit, and I was right - security wasn't enforcing any photo restrictions and we were free to shoot like it was 1985. But I couldn't help but wonder about the young photographers holding up their three fingers and thought to myself: You poor fuckers - they really have you trained, don't they?

The band were great - fantastically tight, playing without a set list. In my mind they're still "Jon's new band," but I have to remind myself that the JSBX has been around for over twenty years. I shot for about half the set, but since my little Fuji X-30 is still new to me, I couldn't find the preview button in the dark, so it was like I was shooting with film, unable to take a look at what I'd shot until the show was over. 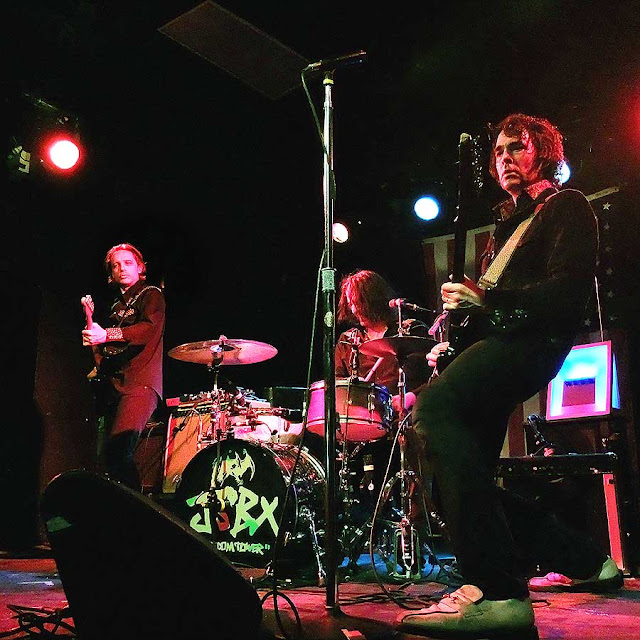 After a quick glance through the images, I turned to my old friend Tim and said that we should say goodnight to Jon before we headed home. He was standing by the merch table, and unexpectedly said that we should try to take a band photo for old time's sake. Back in the dressing room I reintroduced myself to Judah and Russell after twenty years and scanned the tiny room for a good spot. I glimpsed the band's stars and stripes backdrop through a window looking onto the stage and said that was as good a spot as any. 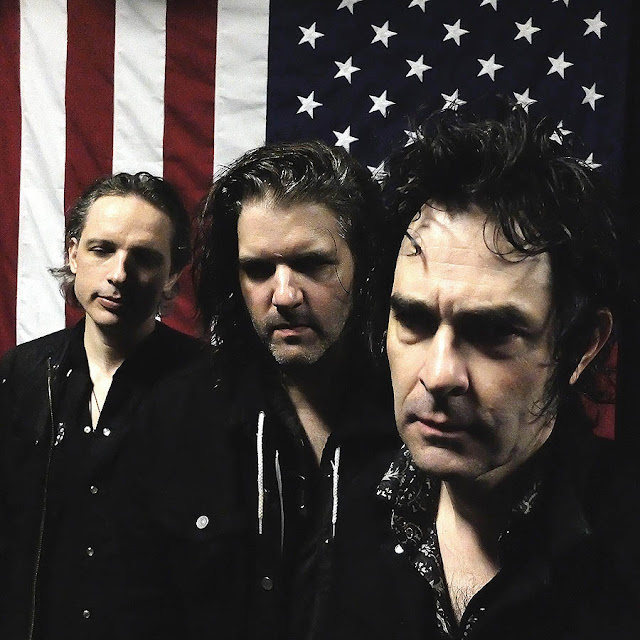 I shot ten frames of the Blues Explosion out on the stage with the X30 set to a square frame - less than a single roll of 120 film in my old Rolleiflex. The light was harsh and the camera set to a high ISO but I was sure as thirty years of experience would let me that I'd have something worthwhile. It was rushed and improvised but not bad, considering the circumstances.

I'd set out to shoot a great band and get one good live photo. I came home with a half dozen decent concert shots and a portrait. As evenings go, it made a good case for leaving the house.